Experiencing L.A. in the Larchmont District 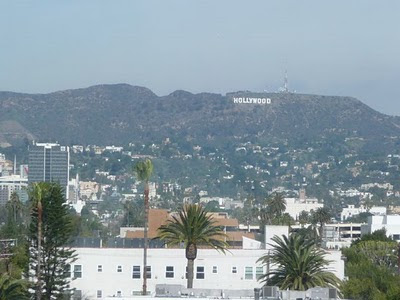 In February 2010, the last year our family was living in Los Angeles, I had to take my kids to an orthodontist in the Larchmont district of Los Angeles, located north of Hancock Park, and south of Hollywood.

I liked the above photo so much, I ended using it as the backround for this blog. 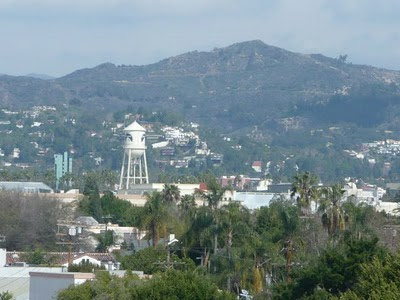 Paramount is the only major studio actually located in Hollywood. Universal, Disney, and Warner Brothers are located "over the hill" in the San Fernando Valley. 20th Century Fox is located in Century City (just west of Beverly Hills) and Sony Studios in Culver City. They comprise what is known as "the big six" major film studios. 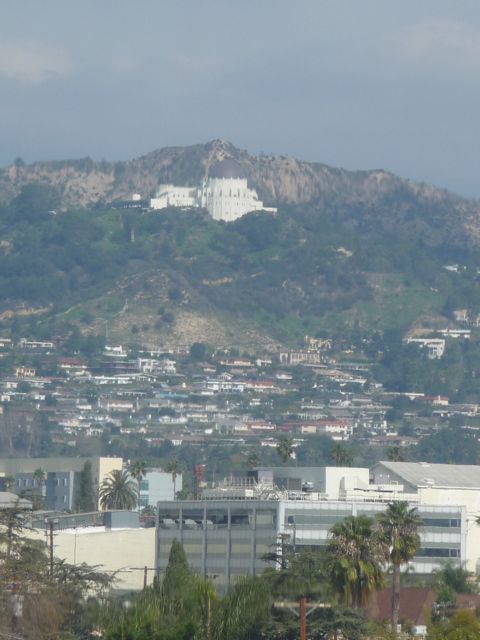 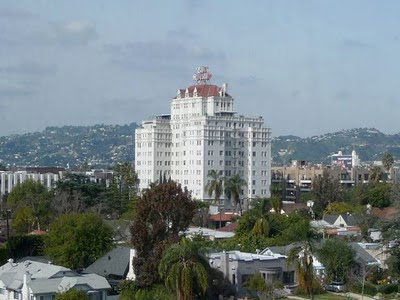 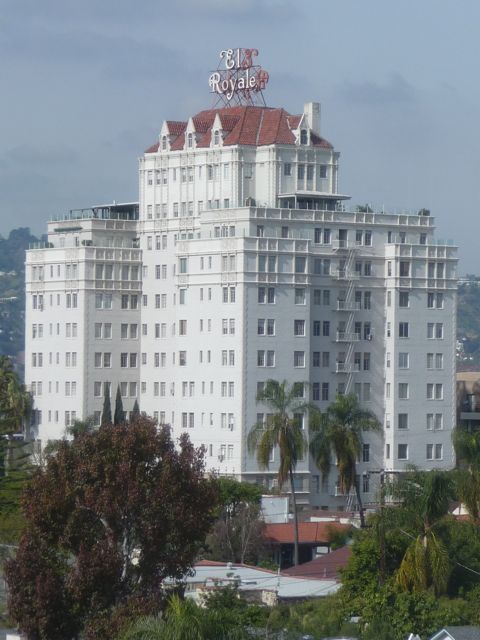 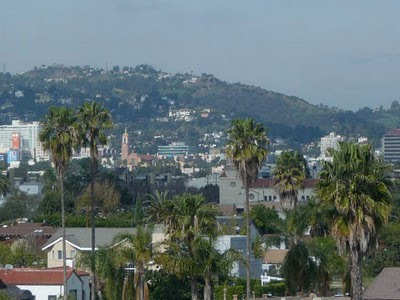 Looking left (west) towards the heart of Hollywood.

By way of perspective, the tower a mile and a half in the distance just left of center is the Blessed Sacrament Catholic Church, located on Sunset Blvd next to the historic "Crossroads of the World."

Four blocks further is the intersection of Hollywood Blvd. and Highland Avenue. 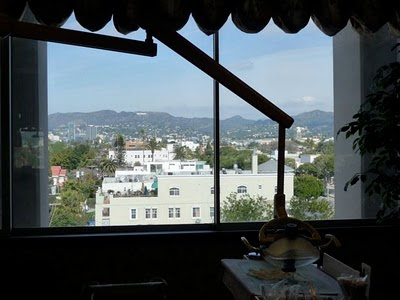 Pulling back a bit from the windows you can see that, yes, this really is an orthodontist's office. Nice view of the Hollywood Sign while getting your teeth worked on. 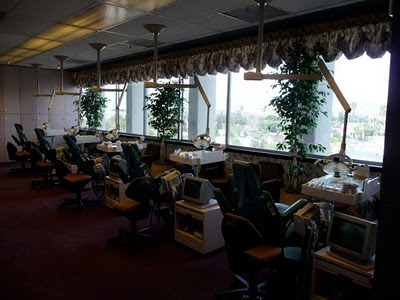 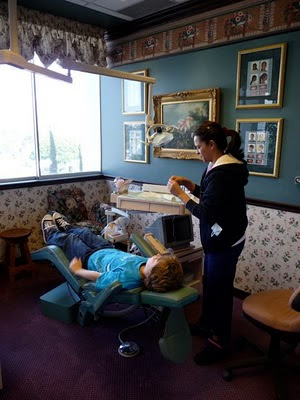 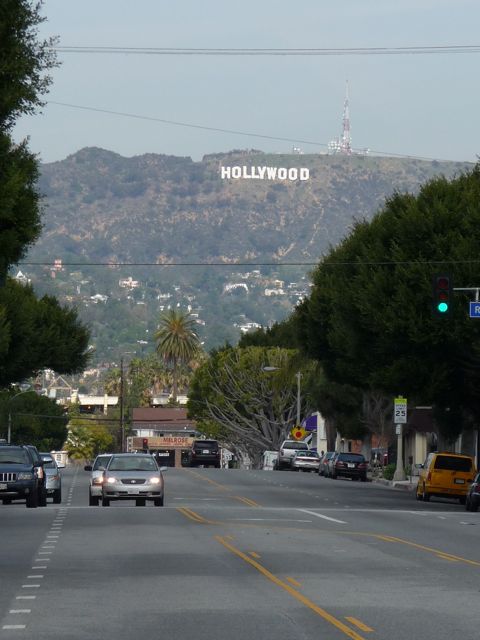 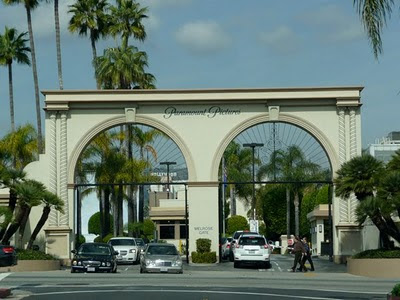 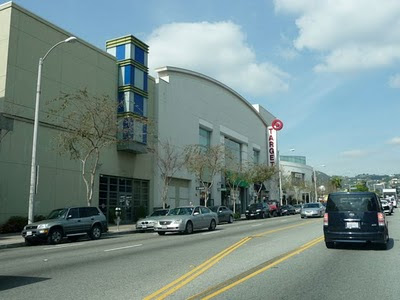 More information on the Larchmont district of Los Angeles can be found here.

Thank you for re-posting these photos.

The El Royale looks like Disney's "Tower of Terror" - esp the version at the Disney Studios (Walt Disney World, Florida).