How many of you enjoy cleaning out the garage?

It was 2001 and I had to clean out more than just a garage. I had to clean out an entire house. I was 39 and my dad had died in January. My mom had already died five years before that, so this meant that I was responsible for cleaning out everything. It was really sobering going through all their stuff. My sister and I kept a few things, we sold a few things, but most things, well, had to be thrown out. You wonder, is life all about living 70 or 80 years, only to have what you did end up in a landfill somewhere? 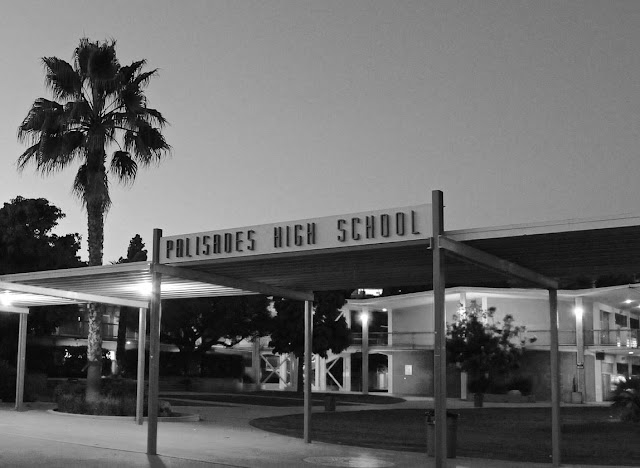 It was during that time that I thought back to a decision I made when I was almost 17 years old. I remember as a High School kid asking my parents “what is the meaning of life?” They weren’t sure, and said “guess you have to figure that out on your own.”

In contrast, someone I was taking with at High School said “without God life is meaningless.” I laughed at the comment that somehow God was part of the meaning of life.

Another view of Palisades High School, aka Pali High

But what if she was right? What if the whole Christianity thing that she and her friends at school talked about was true? My family wasn’t particularly religious. We never went to church, we didn’t have a bible anywhere in our house.

But what if it was true?

This was important, so on my own, I decided to I’d visit their church. I didn’t know how it all “worked” - that there was a High School group – so I just went to the church service and sat in the back. I went once, twice, three times. After a month and a half or so, something clicked. I sat down with one of the pastors who explained that God offered his forgiveness through his son Jesus Christ.

Here's a link to A Skateboard Tale, a skateboarding themed tract I had read several months before

I asked God for his forgiveness and his leadership over my life. That was March 28, 1978. I expected the sky to open up or a bolt of lightening (a la The Blues Brothers). Of course, that didn’t happen. But over the weeks, and months, and years that followed I saw my life begin to change in three areas:

First, I began to develop compassion for others, even the poor and people who could not do something for me. That may not seem like a big deal - but for me, it was huge.

Second, for the first time in my life, there was a sense of purpose and meaning.

I'm continually grateful for the ministry of Calvary Church of Pacific Palisades, located at the time at 700 Via de la Paz. The church has since moved to a different location in Pacific Palisades and continues to actively minister to the westside of Los Angeles.

At the end of my life, as my kids or grandkids are cleaning out my home, I want my life to be about more than just what I’ve accomplished or a collection of stuff. I want my life to have been about a relationship with Jesus Christ.

Maewyn Succat (aka Saint Patrick) doesn't have much to do with Los Angeles, but I enjoyed this video and thought today - March 17th - was a good day as any to share it. 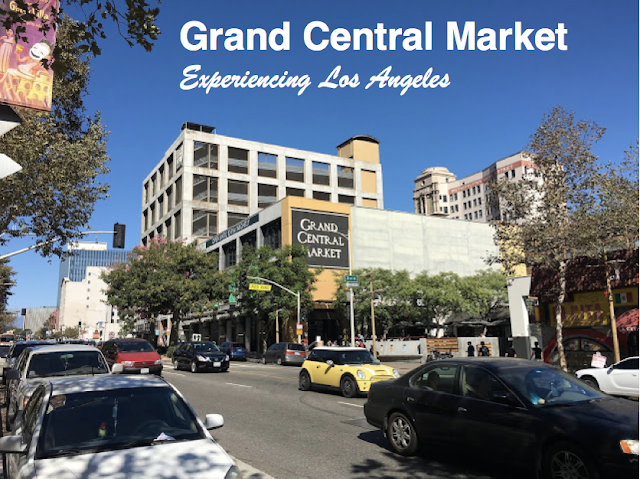 In September 2016, my wife, teenage kids, and I were back in Los Angeles on a Sunday morning, connecting with friends from our old church. We took some extra time in the afternoon to see the Broad Museum in Downtown L.A.. Here's a link to some photos of The Broad and our time there.

Despite the presence of some L.A. food trucks in front of The Broad, we decided to walk a couple of blocks to the Grand Central Market.

My wife, kids and I had been to the Grand Central Market a couple of times the years we lived in Los Angeles (here's a link to a previous visit back in 2010). That is, before it was "discovered." We were curious to see if and how it had changed. 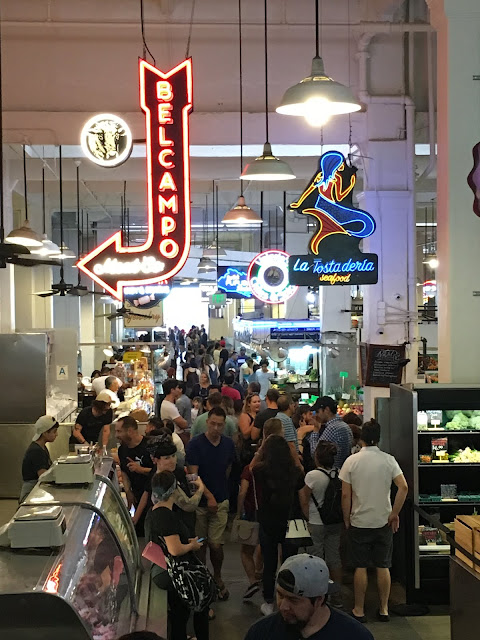 Wow. Sunday afternoon - and it was packed. 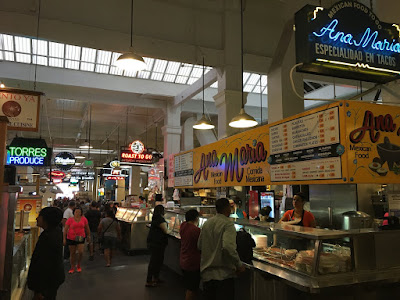 The original building opened in 1905 and housed a department store (called the "Ville de Paris"). In 1917 the Grand Central Market took over the space and has been there ever since. 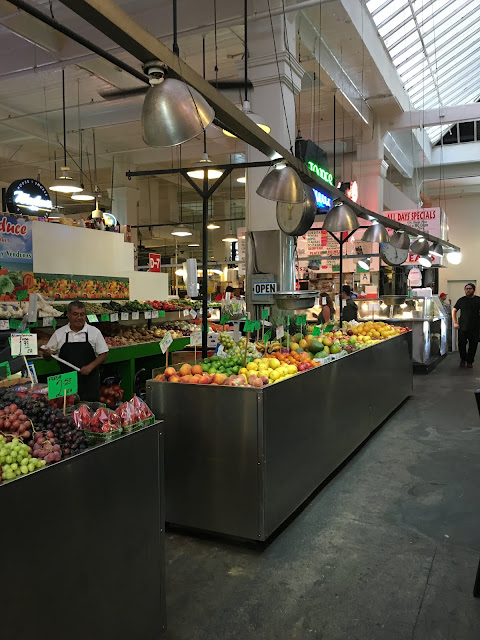 Since as long as I can remember, Grand Central Market has had a working class/immigrant vibe and feel. It always felt like a time machine and reminded me of a place my grandmother - herself an immigrant from Poland - would have enjoyed. 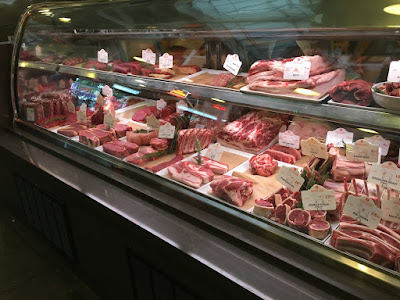 Much of the Grand Central Market looked exactly how it remember it - from my first visits there in the 1970's. You can find fresh fruit, vegetables, and meat.

It always surprised me that people actually shopped for groceries here. I never ventured beyond the food counters. 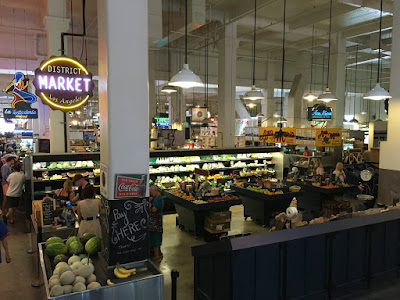 Yet, like other parts of Downtown Los Angeles, Grand Central Market has experienced significant changes since our family's last visit in 2010.

According to this article in Los Angeles Magazine, starting in 2013 Grand Central Market has replace over half it's food stalls. Of the 38 vendors, 23 are new. 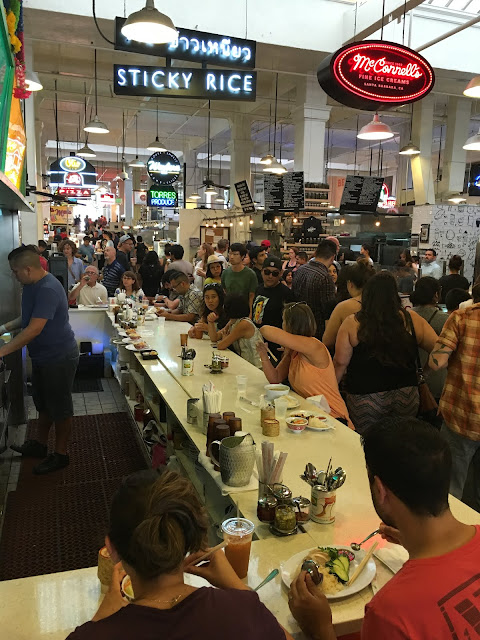 New, and upscale (read: gentrification). "Sticky Rice" is an example of one of the new - and obviously popular - vendors. These new vendors have attracted new customers. A lot of new customers. 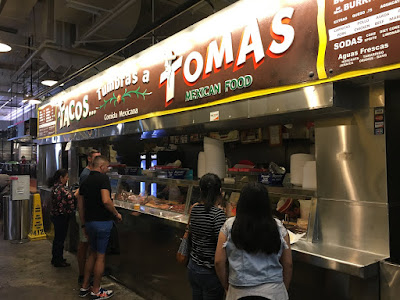 Not all the vendors are new. Tomas (Tacos Tumbras a Tomas) has been around as long as I can remember. I took my dad here back in the 1990's. Good times. There was no formal line - just a crazy, huge crowd of people inching toward the front. Today, there's organized lines (in this case just to the left, our of view). 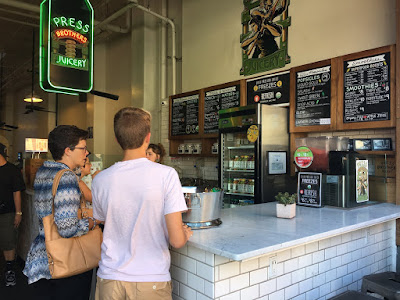 Speaking of crowds, everything was packed the Sunday afternoon we were there - so my son just settled for a smoothie. Mostly because we wanted something quick and to go. 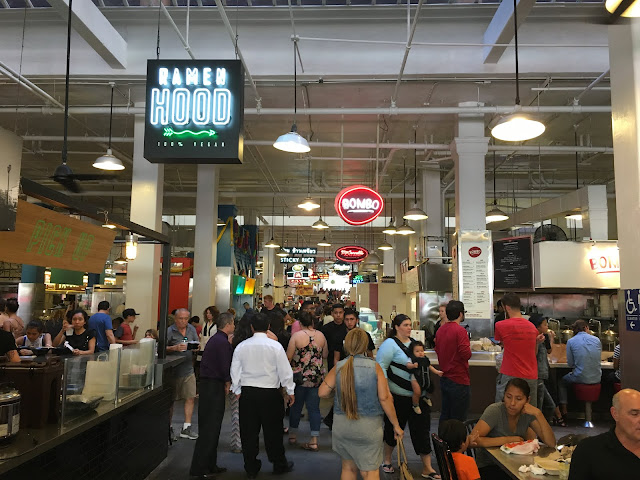 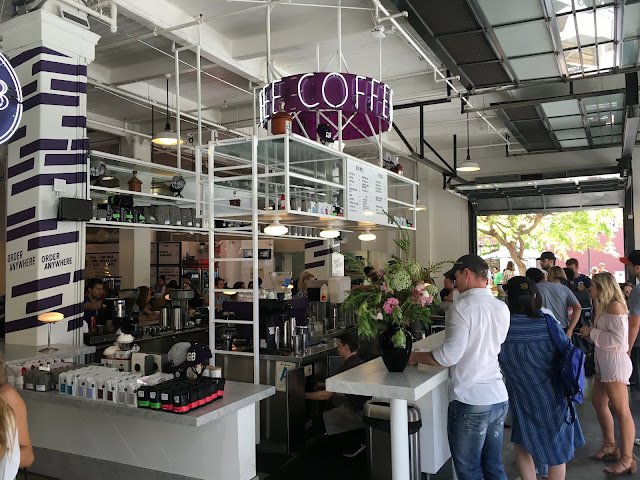 The last time we were here, I took my kids to this stall for inexpensive ice cream. The new vendor is selling upscale coffee. 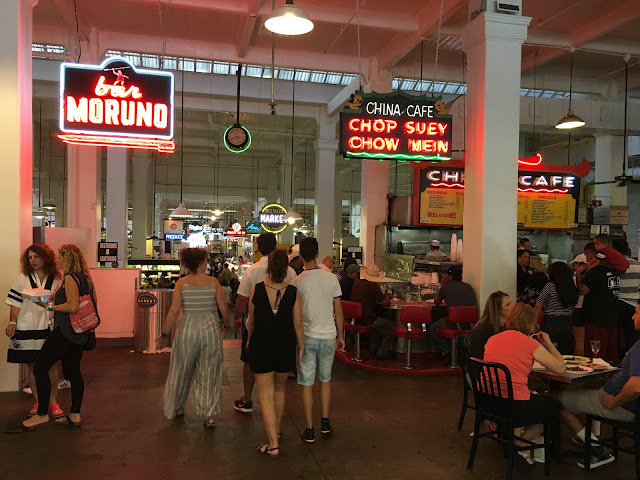 As a Christian, it's my desire to integrate my faith into life. Not just the "spiritual" parts of my life, but every aspect - even what might seem mundane. That said, I've tried to find articles on a Christian perspective on gentrification. As gentrification is often associated with displacing the ethnic minorities from their neighborhoods, it's - understandably - seen negatively. I'm far from any sort of expert, but a link to a previous post with some of my own thoughts on gentrification.

There are negative aspects to gentrification. Many of the long time vendors at the Grand Central Market spent decades building a client base had to relocate - if they could find a place at all.

But Downtown, and the rest of Los Angeles, is changing. Grand Central Market is no longer what columnist Jesse Katz called a "struggling discount bazaar" - and has suddenly become hip, popular, and very crowded. Tens of thousands of new residents have move into Downtown - into formerly vacant historic buildings, or new apartment buildings built on parking lots. At least in Downtown Los Angeles, few residents, if any, have been displaced.

Honestly, Downtown has struggled to for over half a century to be the "city center" for all of Los Angeles. It's still far from there. But, after half a century of trying to find it's place, the momentum seems to be in that direction. Which, in my opinion, is a good thing. 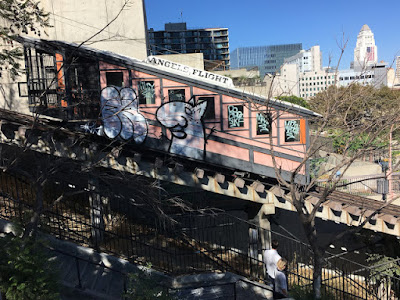 Again, this was back in September 2016. Walking back up Bunker Hill to our car, we passed Angles Flight - Los Angeles' beloved historic funicular. But at the time, it wasn't feeling very loved. It had been sitting like this, inoperative and neglected, for over three years. By September 2016, when were visiting, it was covered with graffiti.

Really? Fortunately, a cameo appearance in La La Land got the city to get moving on this, and Angels Flight finally reopened in late August 2017. Here's a link to a previous post with with some additional photos. 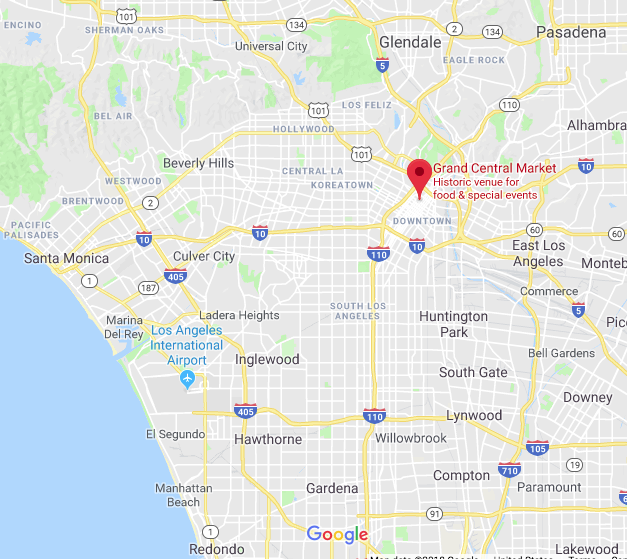