The Cross Over Hollywood 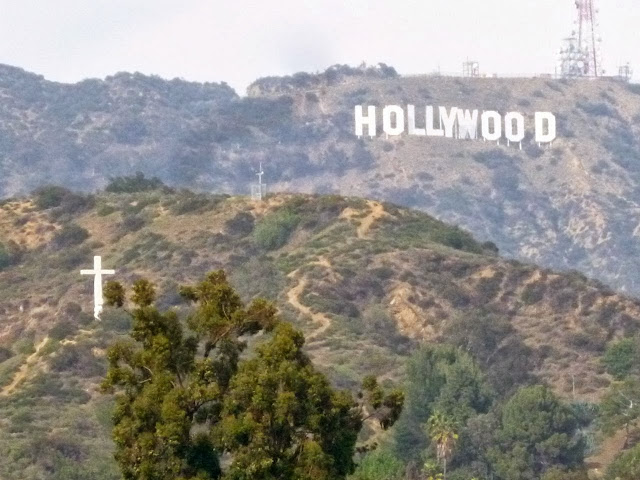 The large white cross over Hollywood seems like an appropriate image on this Saturday before Easter. 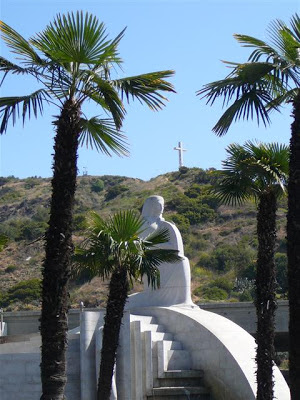 The cross, which is lit at night and clearly seen from the Hollywood Freeway, was originally designed to be part of the Hollywood Bowl's Easter sunrise service. 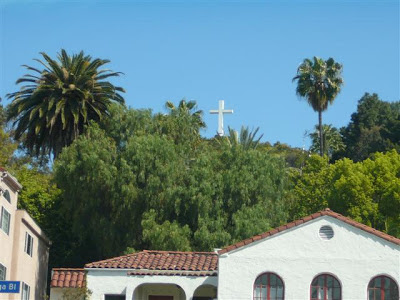 Another view, in the neighborhood adjacent to the Hollywood Bowl. The cross was originally on public property. The small plot of land was sold to private non-profit organization, which is responsable for it's upkeep, maintenance, and electrical bill.

While we've hosted our fair share of neighborhood Easter egg hunts over the the years, I still love this cartoon: 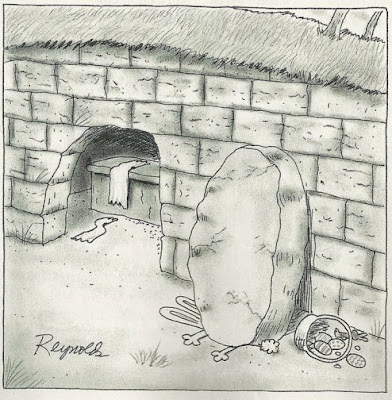 Jesus Christ is risen from the dead.

Wishing you a happy and meaningful Easter from Experiencing Los Angeles. 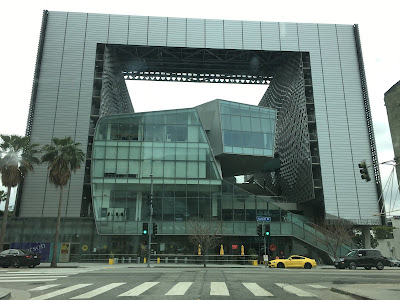 When we lived in Los Angeles, my son was in Kindergarten through 4th grade. This year, he's a Freshman at San Diego State University. Tims flies. Time really flies.

He applied to a lot of different colleges and universities. He was accepted to Emerson College in Boston. Great campus, amazing location, but just wasn't going to work for us financially. That's OK.

Emerson has a Los Angeles campus, located on Sunset Blvd in Hollywood, pictured above. Pretty cool.

We were in Los Angeles this past week, spending time together as a family. In some ways, a repeat of a similar family three day get-away back in 2013.

Except now, it's not a given that my kids will have similar Spring Break. This year we did, so we seized the day.

I'll post some photos of this most recent trip when I get a chance.