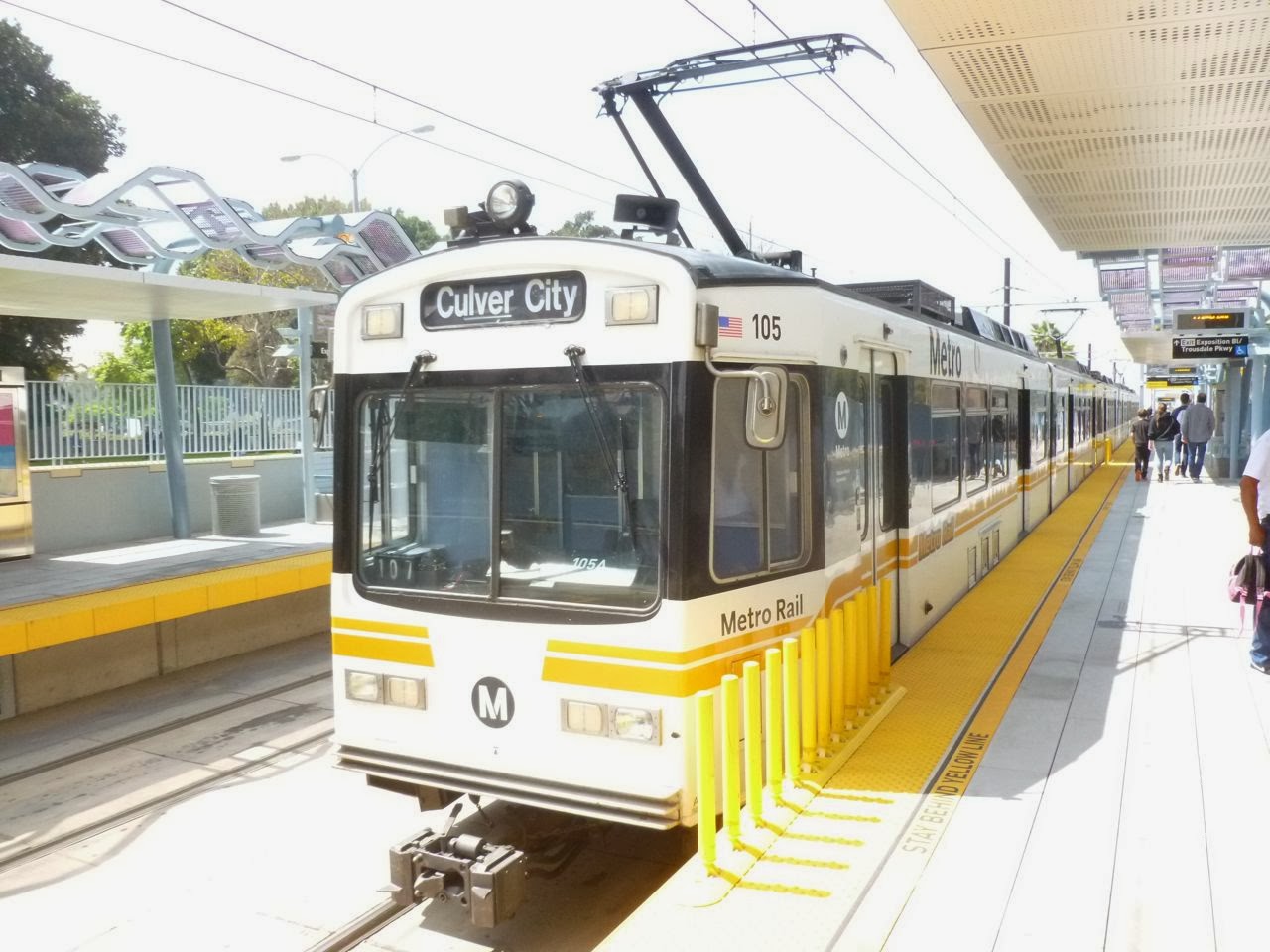 In March 2013 my wife, kids, and I were back in Los Angeles for a little vacation.

Day One we saw the Brady Bunch House, the Los Angeles Zoo, the Hollywood Sign, and spent the afternoon at the Grauman's Chinese and the El Capitan Theaters.

Day Two we took the Red Line Subay from Hollywood, where we were staying, to Downtown Los Angeles.

We went to the top of L.A. City Hall's 27th Floor Observation Deck, followed by a little tour of Grand Park and the Music Center, then had French Dip Sandwiches at Original Phillipe. After lunch we walked across the street to Union Station where we look the Red Line Subway to the 7th Street Station, transfering to the Expo Line.

This post focuses on our next stop: the California Science Center to see the Space Shuttle Endeavour! 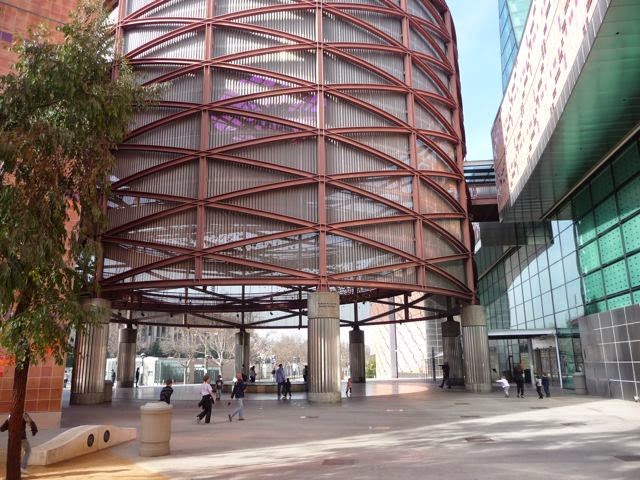 The California Science Center is located in Exposition Park, across the street from USC. It's open everyday except Thanksgiving, Christmas, and New Year's Day. ADMISSION IS FREE - although there is a suggested donation of $5 a person (which is still a steal). If you're driving, parking is available on the street (metered, and generally very limited) or in the parking lot for $10. 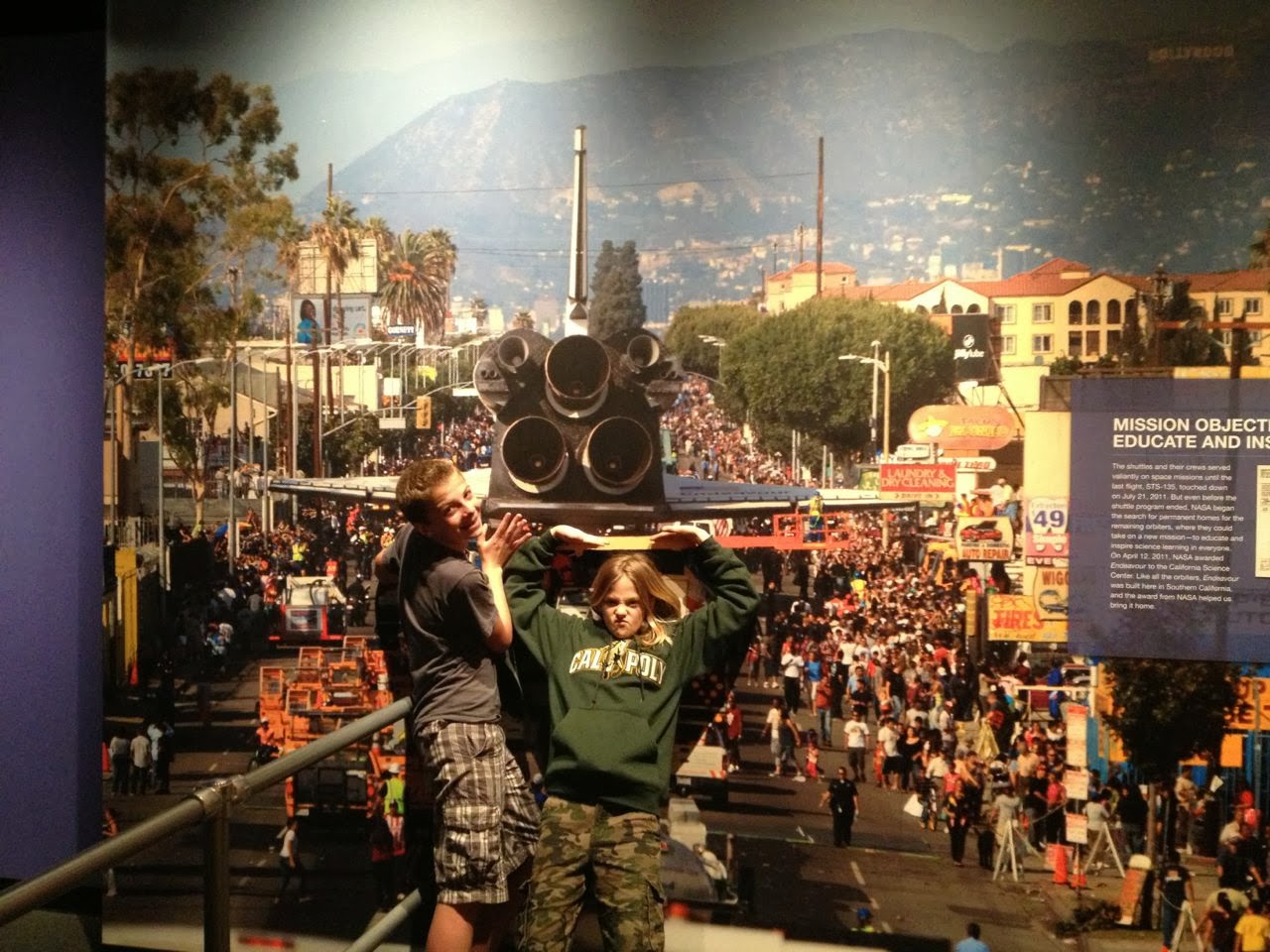 My kids in front of a photo of the Space Shuttle making the 15 mile trek from LAX to the Science Center back in 2012. Here's a link to a previous post with a collection of some pretty impressive photos (I didn't take them) and video.

Admission to see the Space Shuttle is also free but you have to have a timed admission ticket. 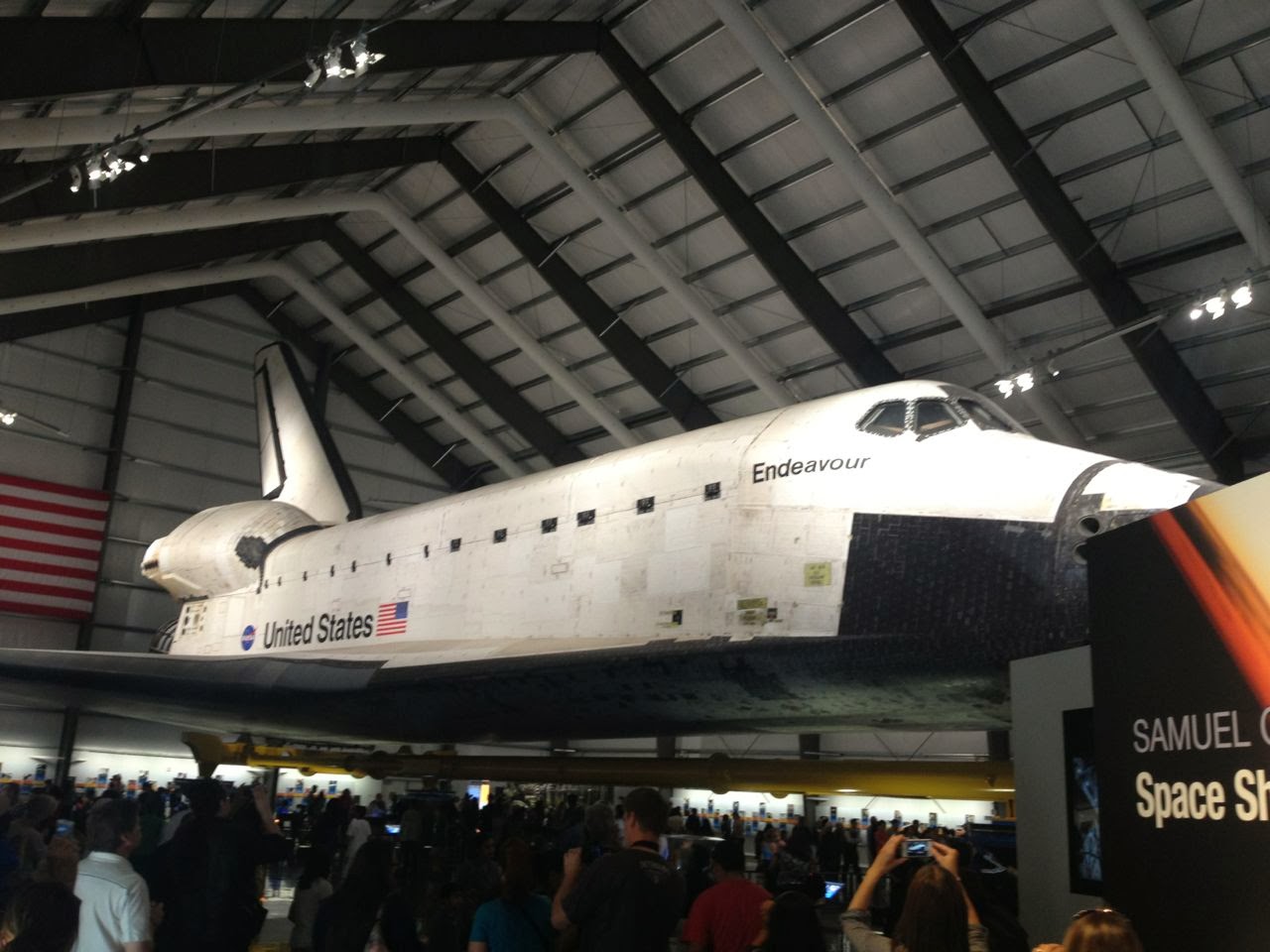 This is the view when you walk in. It's very moving. 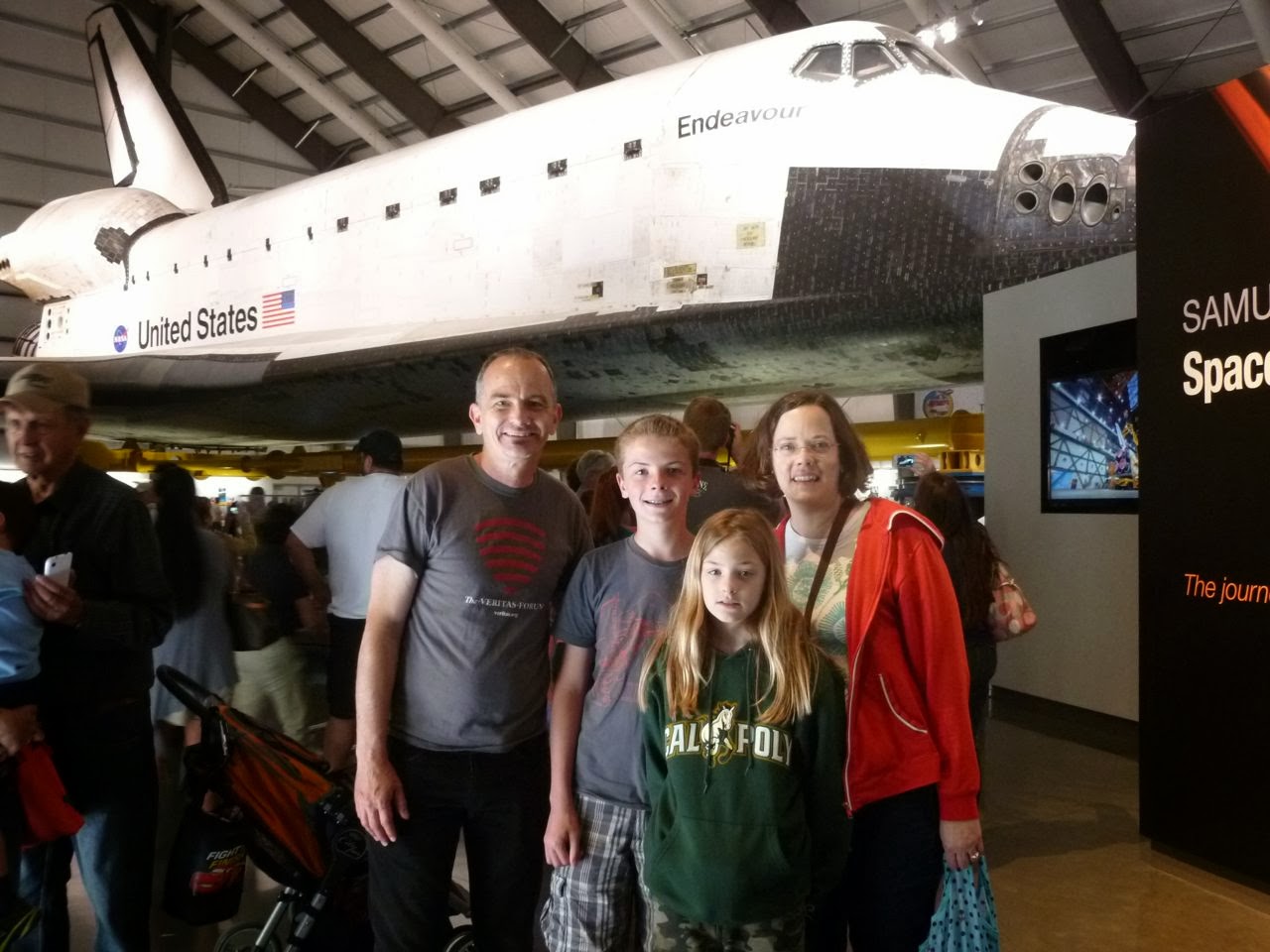 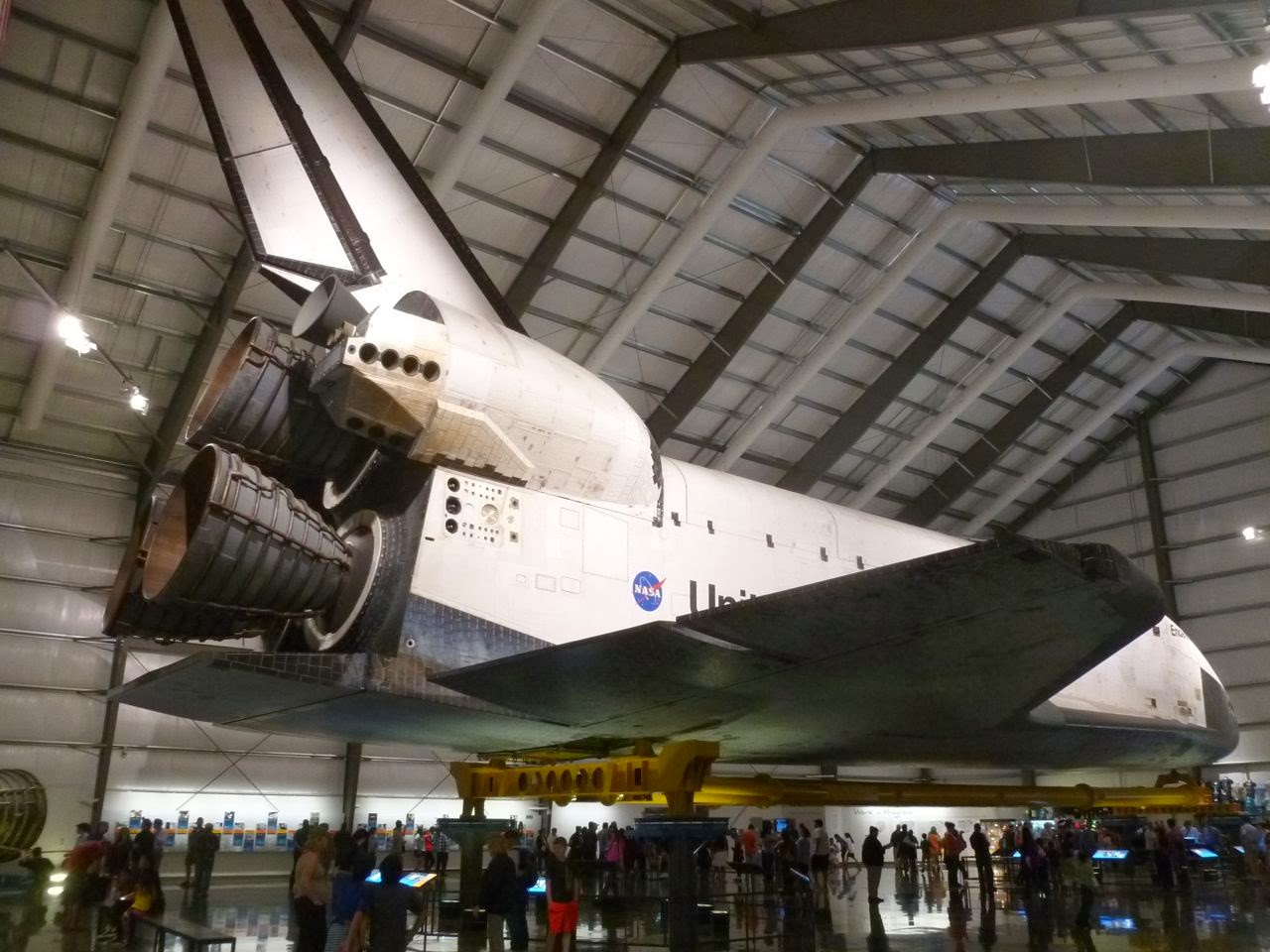 Los Angeles is one of four cities that now have decommissioned Shuttles, the others being Washinton D.C., New York City, and the Kennedy Space Center in Florida.

The Shuttle is in a temporary building. The plans are to have it standing upright in a massive 10 story building. Here's a link to the Science Center's plans. 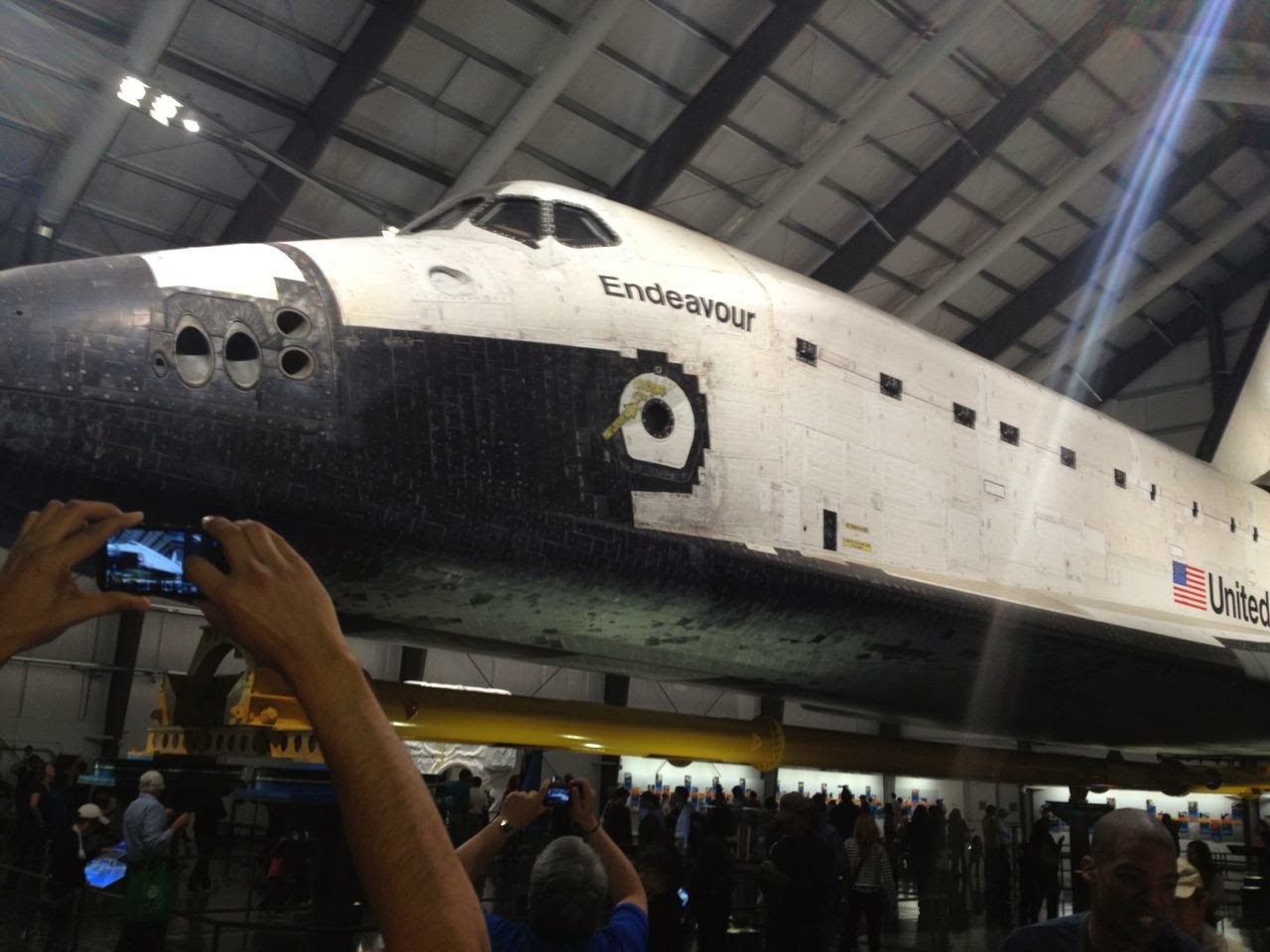 Lots of people there, lots of photos. It was an awesome experience - we totally recommend going!

Again, admission is free - but you need to have a timed ticket. Here's the link. 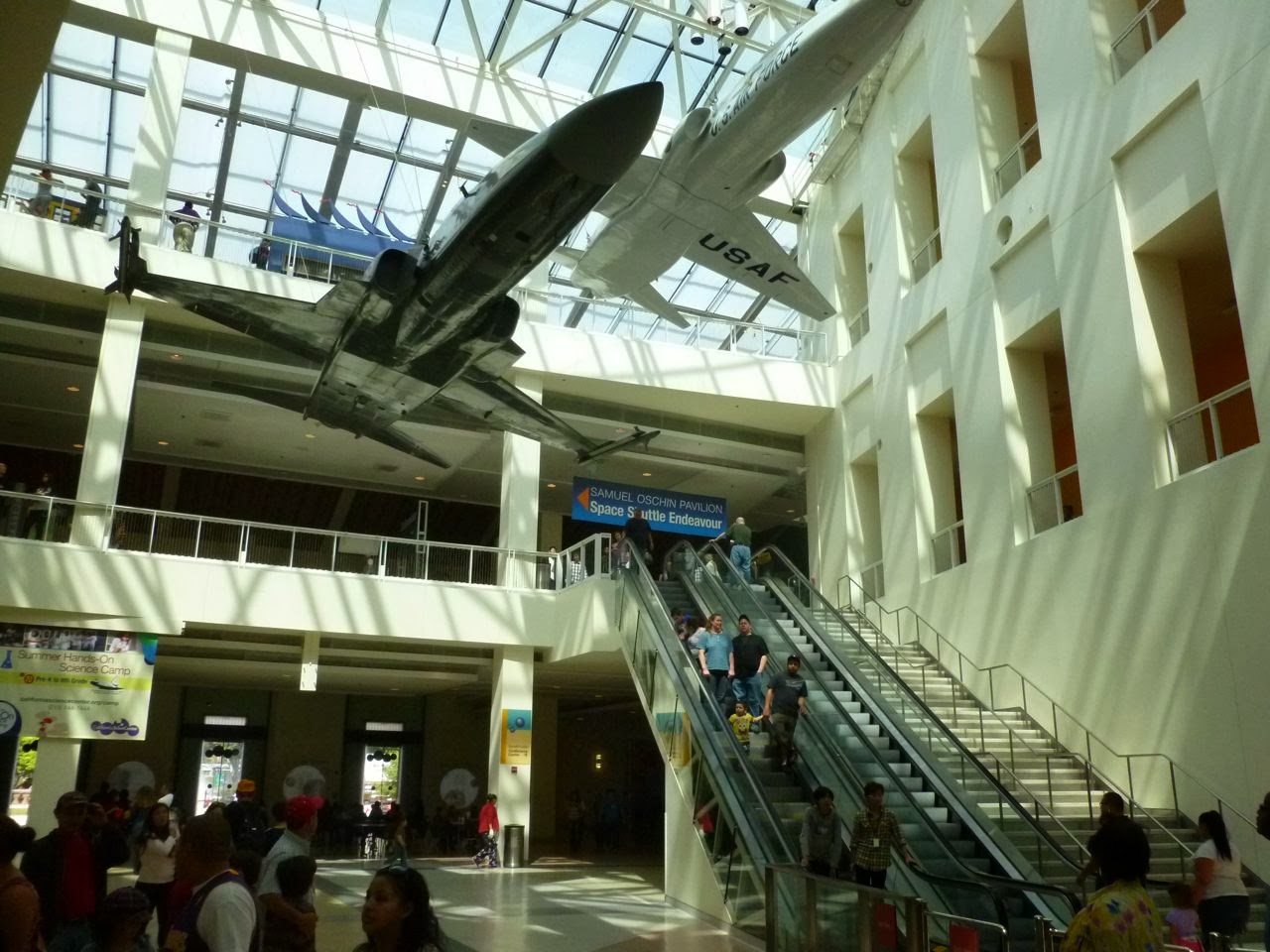 During the five years my wife, kids and I lived in Los Angeles we took many trips over to the Science Center. Lot's to see and do.

My kids enjoyed seeing the displays they remembered when they were younger.

It was Spring Break - and fairly crowded, especially as a lot of people were there to see the Shuttle as well. 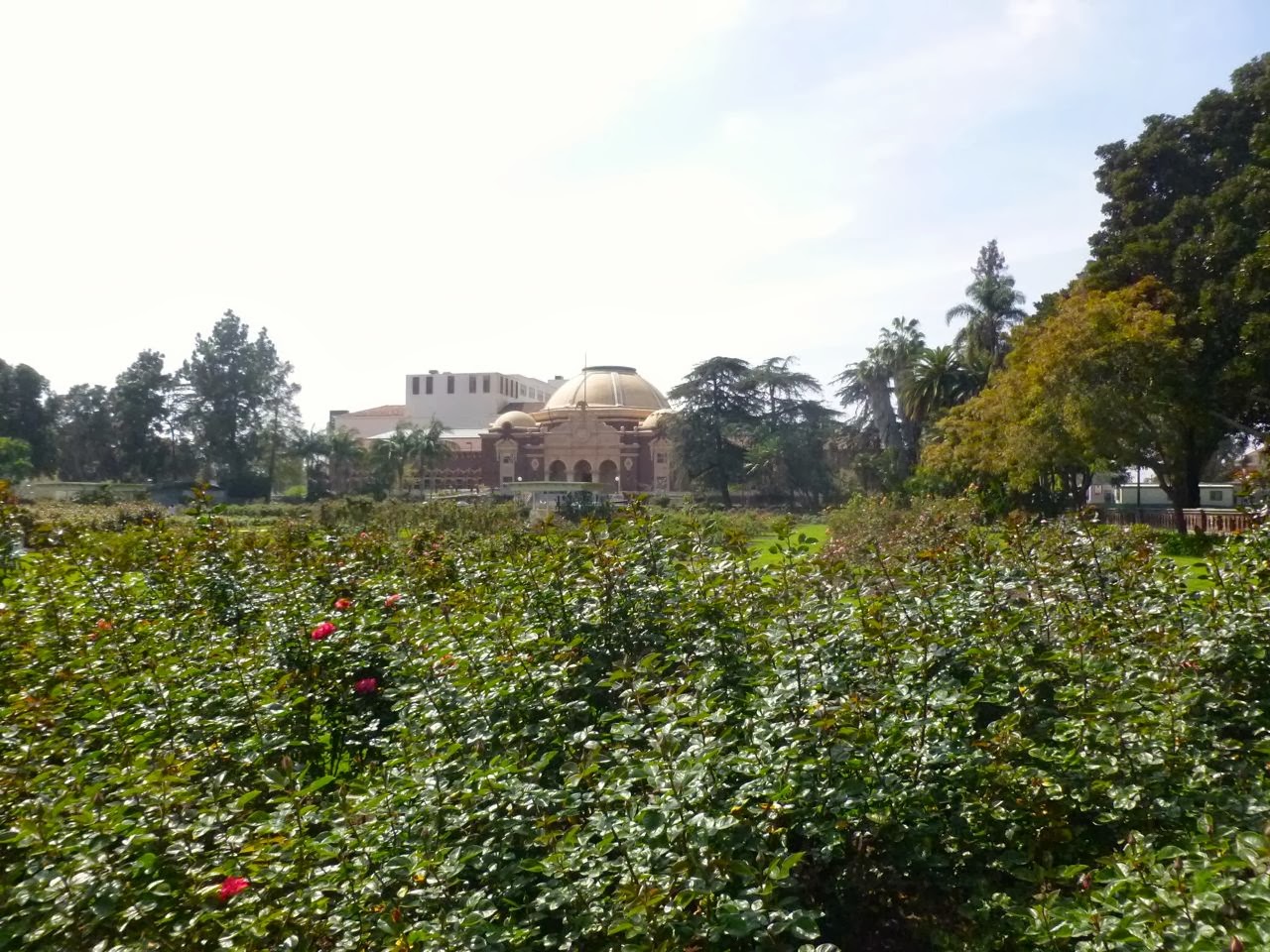 Outside is Science Center is a seven acre rose garden - one of the city's best kept secrets. 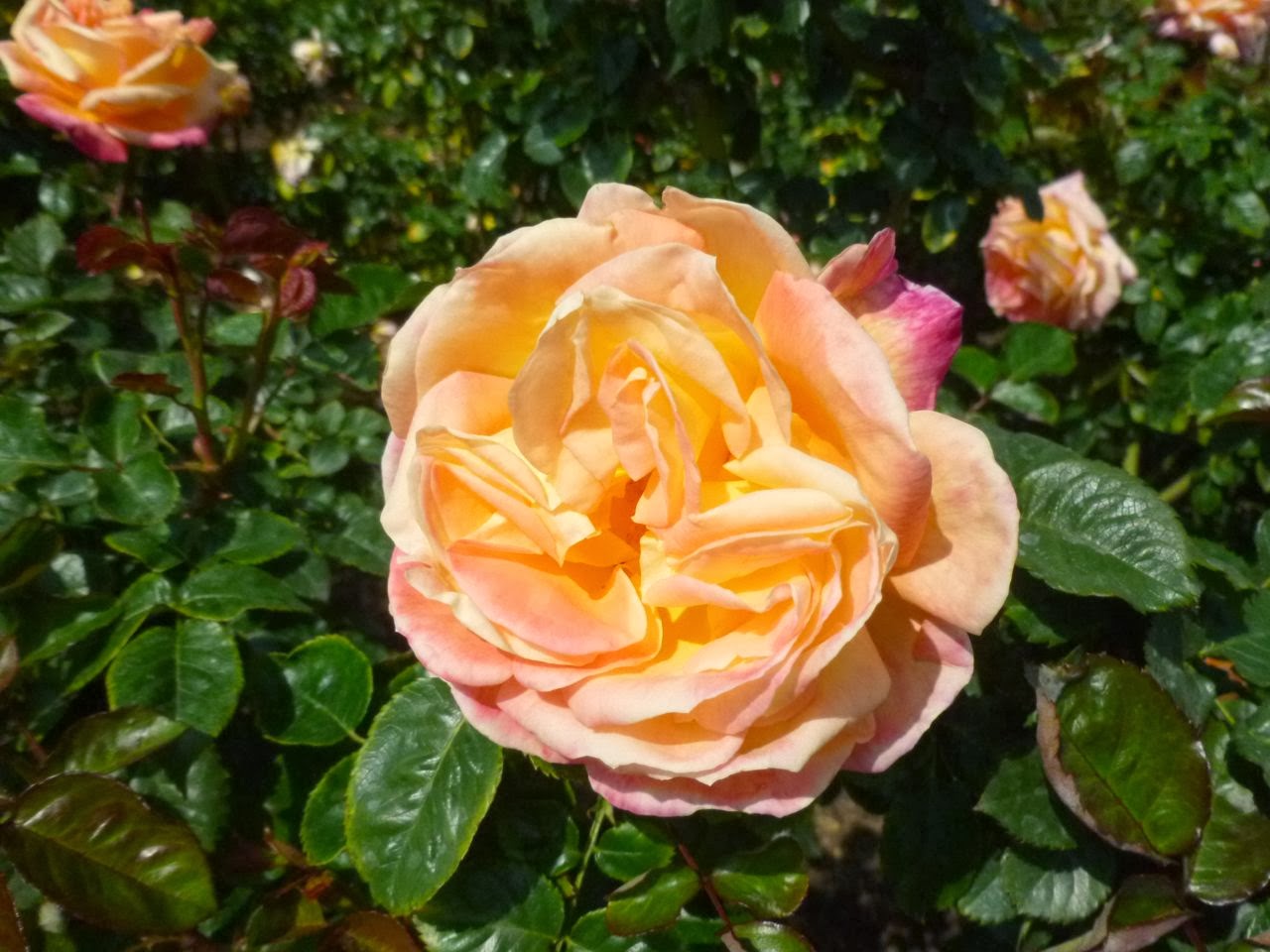 The Exposition Park Rose Garden has over 20,000 different bushes - making it one of the largest rose gardens in the world. Here's a link to a previous post and it's fastincating history.

The tower in the background is one of the buildings at the University of Southern California, located across the street.

The skyline of Downtown Los Angeles. The California Science Center is located 3 1/2 miles south of Downtown. We transfered at the 7th Street Station, terminus of the Expo Line, and took the Red Line Subway back up to Hollywood & Highland. 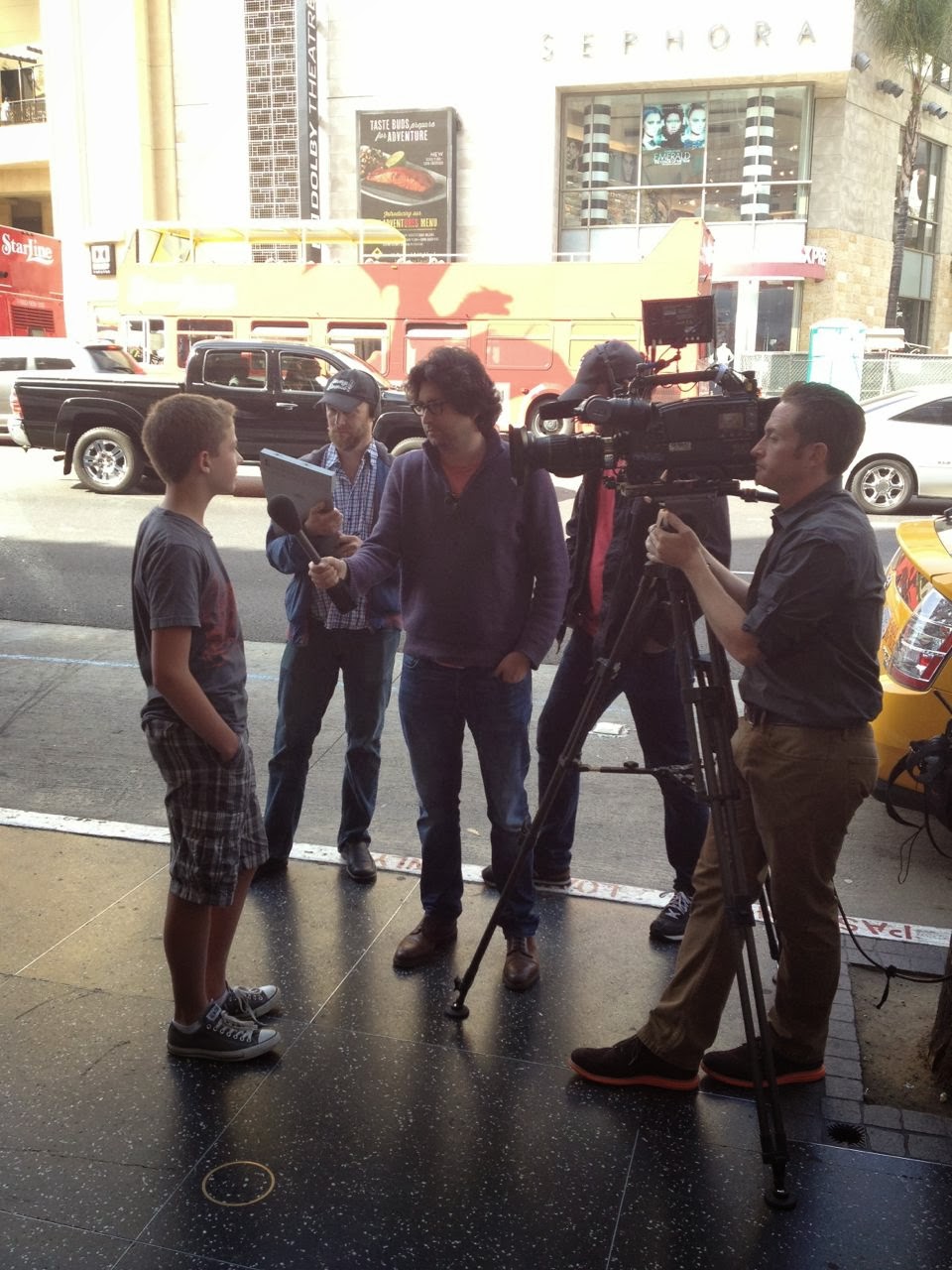 On the way back to our hotel, my son was stopped and interviewed for the Jimmy Kimmel Show.

One of those "only in L.A." moments. More on that next week. 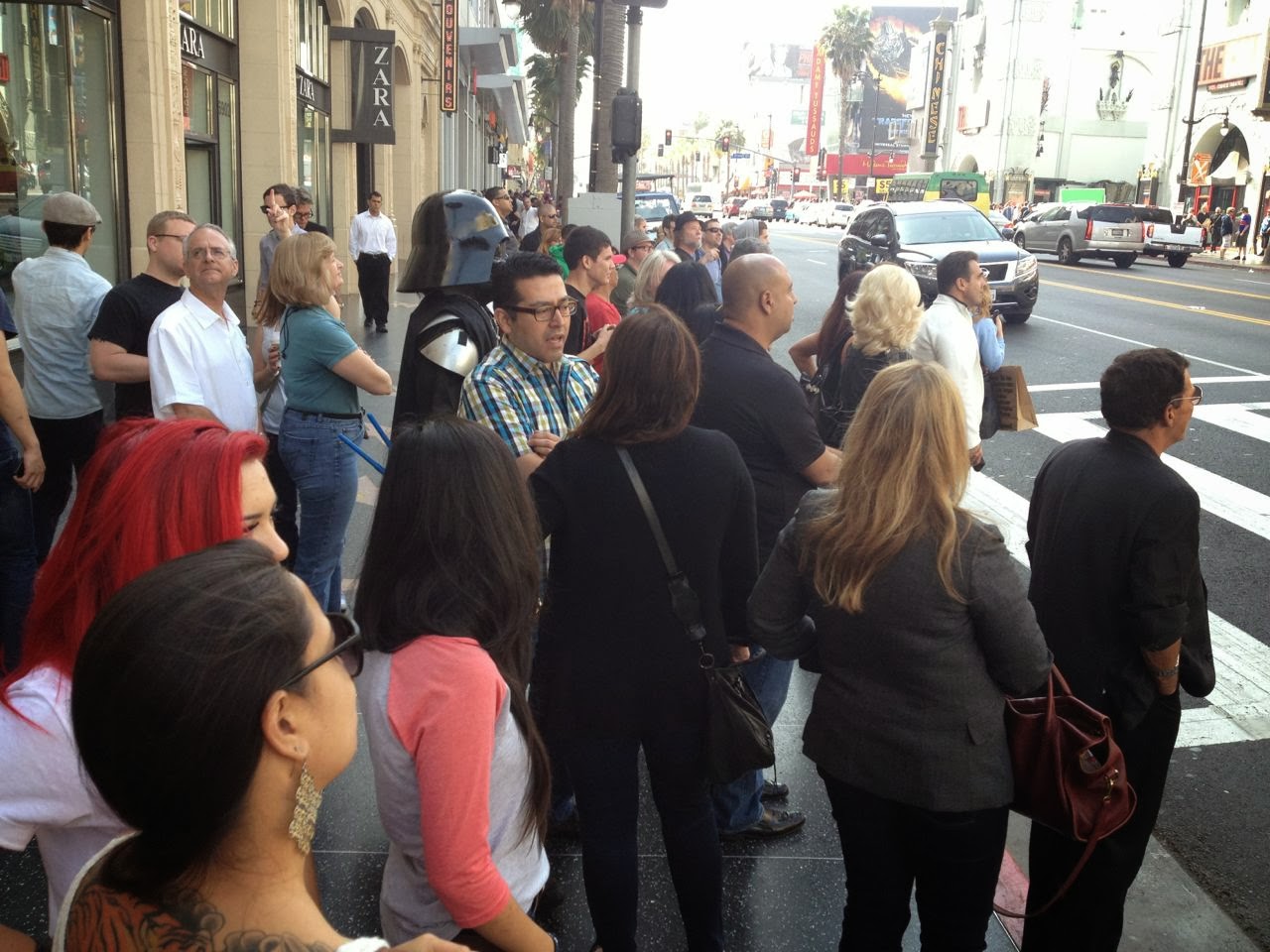 After the interview, we saw Darth Vader waiting at the traffic light to cross Hollywood Blvd.

Actually, it's just a guy in a costume hoping to make some tips possing for photos with tourists in front of Grauman's Chinese Theater. I love the fact that he's basically being ignored - just another guy off to work.

Speaking of Hollywood, here's a final photo Space Shuttle Endeavour and the Hollywood Sign on it's final trip to Los Angeles in 2012. Although I wasn't able to get back to L.A. to see it crawling through the city on it's way from LAX to the Science Center, here's a link to a post with a collection of some amazing photos and video clip of that event.