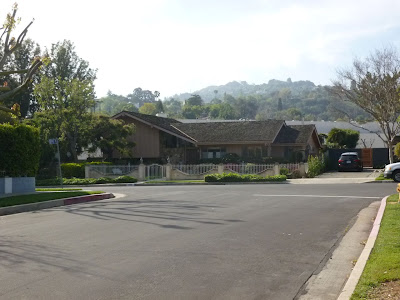 Last month my family and I were in Los Angeles for a little three day get-away. There were three "Hollywood" houses I wanted to see: the Brady Bunch House, the Greystone Mansion in Beverly Hills, and the Spadena House, also located in Beverly Hills. Even though I grew up in Los Angeles, and then lived there five years with my wife and kids, I had never seen these three homes. 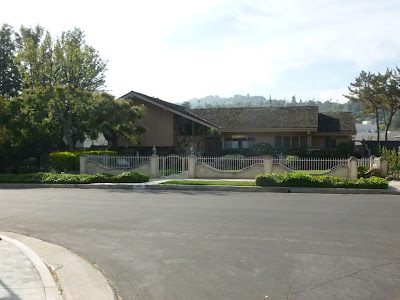 The Brady Bunch House is a private residence located in the Los Angeles community of Studio City (in the San Fernando Valley; very close to Universal Studios).

This home is a private residence in a residential neighborhood. If you drive by, PLEASE be respectful of the community and neighbors, treating others in the same way you'd want to be treated. By all means, so NOT disturb the residents. These two photos were both taken across the street. We were there a grand total of five minutes, and moved on.

A bit a trivia is that the "second story window" on the upper left is fake, just added in for the opening shots of the show. 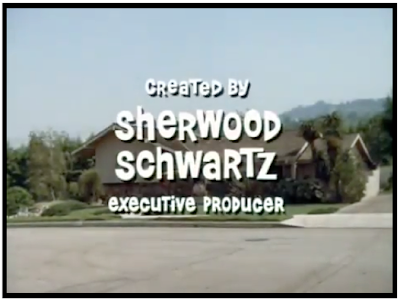 Here's a link to a wikipedia article with more information. 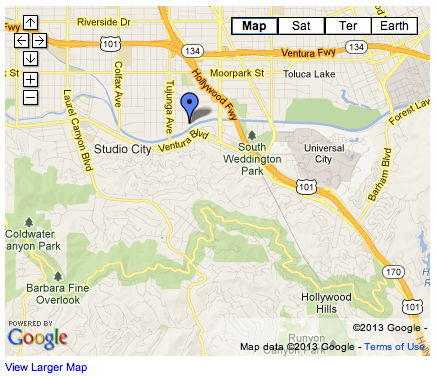