Several years ago my wife and kids joined several homeschool families for a tour of the Union Rescue Mission in downtown Los Angeles. It made a huge impression on my kids and they talked about some of the things for months, really years, afterwards.

My wife and I have had the privilege of helping support the work of the Union Rescue Mission, and I've had a chance to serve there with friends from church ... but never had an opportunity to actually tour their facilities. This past Fall I was back in L.A. and made a point to head over to Skid Row - to see first hand all that the Union Rescue Mission is doing. 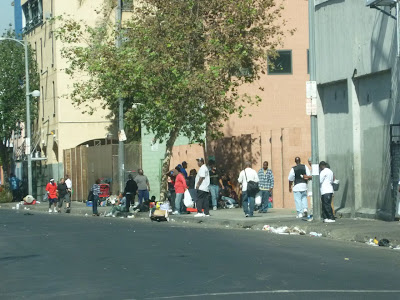 Last week I commented about "the least of these" - the words of Jesus referring to the neediest among us. While there are homeless in every city in America ... 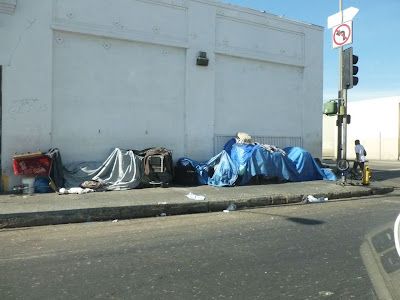 ... nothing really prepares you for the situation along San Julian and San Pedro Streets ... 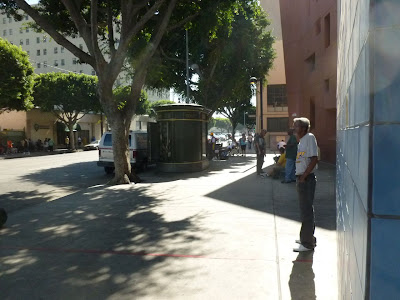 I stepped outside on San Pedro Street to take this photograph but was told by the Union Rescue Mission staff not to wander up and down the streets, at least not by myself.

In addition to serving thousands of meals every day, over 900 people live in the Union Rescue Mission's massive five story 225,000 square foot facility.

What really amazed me was the partnerships the URM has developed with UCLA, USC, and Pepperdine Univerity.


A friend of mine serves on the Board of Directors for the URM. He said the best time to visit is during one of their "graduation" ceremonies - to see men and women who are been part of the URM's one year mentorship program go through a graduation ceremony.

What I love about the URM is that it is a comprehensive program to get people permanently off the streets. Many people living on the streets aren't just homeless - they're unemployable. Providing shelter and a meal is only the first step on the long and difficult road to being integrate back into mainstreet society. To be able to get - and keep - a job.

The URM has a 66% success rate; similar programs are half that.

There are numerous opportunities to serve - either for a couple of hours, or on a regular basis. If that's not your thing, there are opportunities to give financially. Maybe it's just me, but rather than giving a pan-handler $20, seems like it makes a whole lot more sense to give an organization working to get men and women permanently off the streets. And if not the URM, there are other excellent organizations working on skid row. 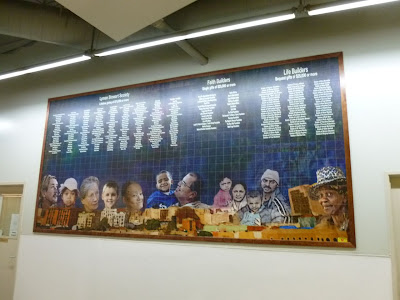 Walking around the lobby there's a large wall recognizing major financially contributors. I'm glad to actually know of few of these people. 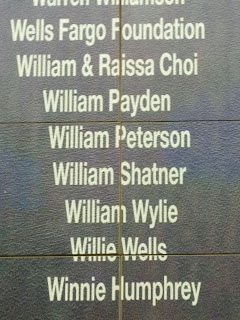 One name that stuck out was none other than William Shatner. Looks like James T. Kirk likes what the Union Rescue Mission is doing. Nice.

Out of respect for the residents, I didn't take a lot of photographs inside. Here's a couple of final pics from outside on the roof. 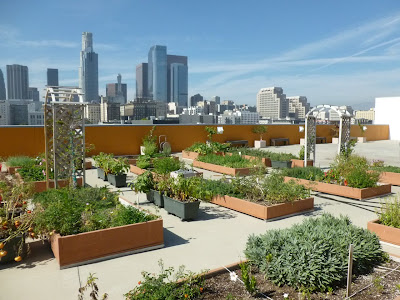 The small roof-top garden is used by those in the program to grow food served to those just in off the streets. During the summer, volunteers set up a project and show movies to the kids living there. 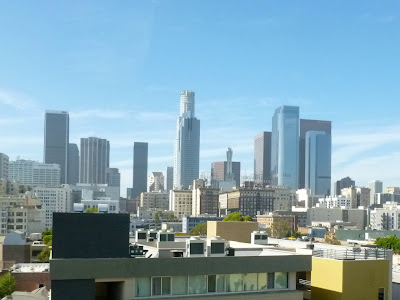 A final view of skyline of Los Angels, looking north from the roof of the Union Rescue Mission.

Many thanks to those who serve year in and year out at the URM. Here's a link to their website.