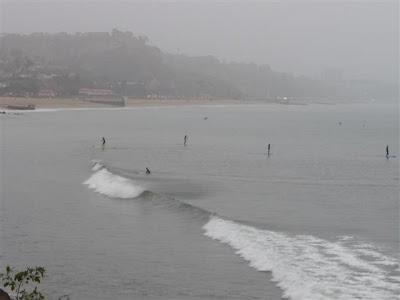 Sunset Blvd & the Pacific Coast Highway (PCH) may or may not be L.A.'s best "surf spot" - but it is definitely one of, if not the, most visible. Located in Pacific Palisades (technically within the city limits of Los Angeles), the PCH just south of Sunset Blvd hugs the coast for about 1/2 a mile, giving some great unobstructed views of the surf and surfers below - even as you're just driving by. 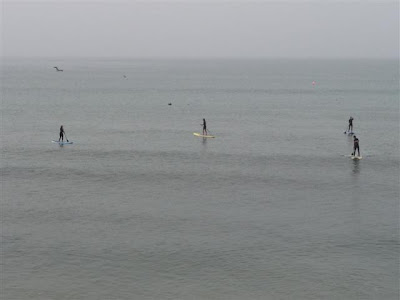 These photos were taken about 6:30am on a recent Thursday morning. Overcast skies are known locally as "June Gloom" - late night and early morning fog which can last throughout the spring and summer. Even in August, everyone was out in full wetsuits. 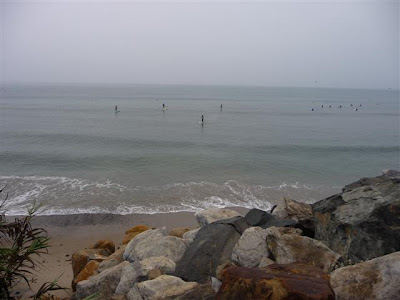 The waves were also pretty small, but there were still a lot surfers out. 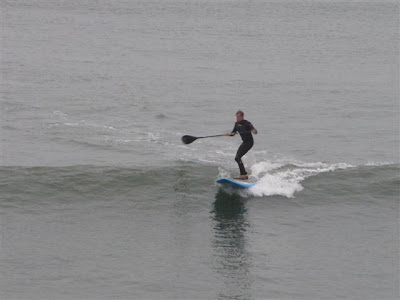 What caught my eye weren't just the guys (and gals) on surfboards, but the large number of those paddle surfing, officially known as Stand Up Paddle Surfing (SUP) http://en.wikipedia.org/wiki/Paddle_surfing 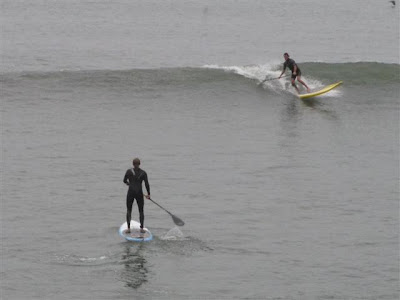 Originating in Hawaii, Paddle Surfing was introduced to California around the year 2000 and is growing in popularity. It apparently allows surfers to catch smaller waves ... and to get a better view of incoming waves. 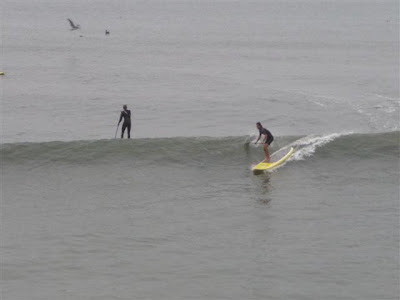 The guys paddle surfing seemed to be the only ones catching any waves. 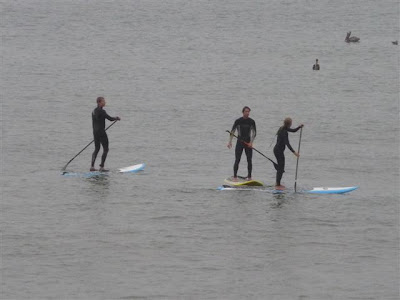 Pretty wild seeing a group of 3 or 4 guys standing up waiting for the next set. There's - of course - no keel on these, or any other surfboards, so standing up requires an incredible amount of balance. 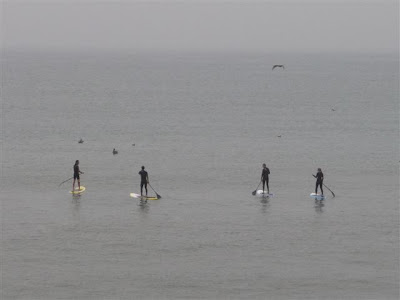 There were also a number of pelicans (no doubt meaning a lot of fish) just behind these guys. Nearby I saw a small school of dolphins. 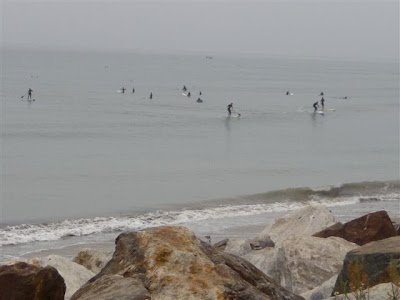 Even an overcast morning with minimal waves gives evidence to the Creator's handiwork.

Interesting question: what is the most visible LA surf spot? If one thinks about some of your other posts on what is LA, it gets even more complicated, since places like Surfrider Beach in da 'bu are within LA County, but not in LA Pueblo. Which Sunset and PCH is. If we are talking the Pueblo, I agree, altho I always preferred the beach breaks closer to SM Canyon (still in LA Pueblo)since I am goofy footed, or first Jettys by the main Will Rogers Lifeguard Station (and, onetime site of the Long Wharf/old lighthouse). Surf's Up! Gene