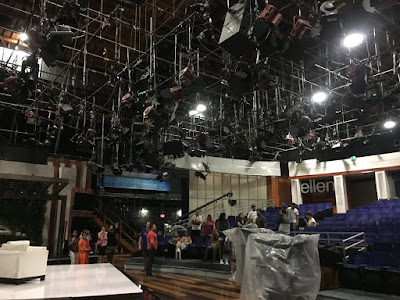 This time last year, my wife I and took my kids and their cousins (all teenagers) to the Warners Bros Studio Tour. here are links to Part I, Part II, Part III, and Part IV of our visit.

The tour included a visit to Sound Stage (above), filming location for the Ellen Degeneres Show. 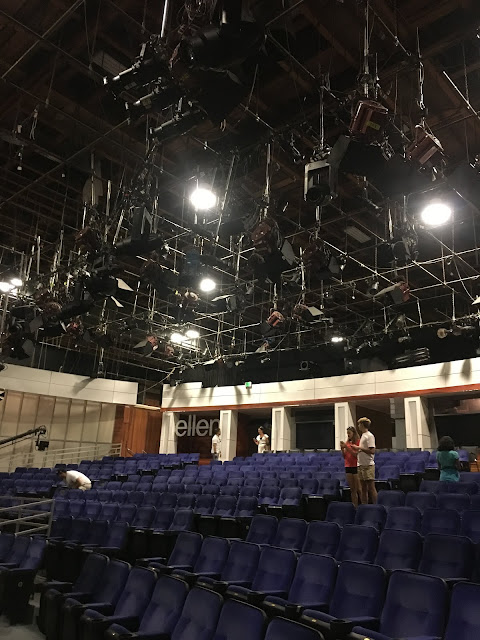 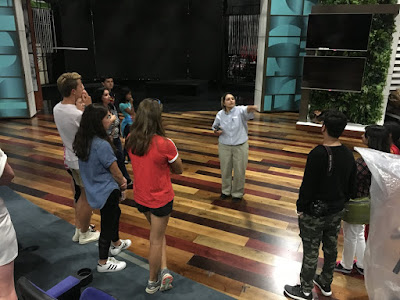 I'm not a huge Ellen fan. That's OK. My kids and their cousins found this part of the tour interesting. 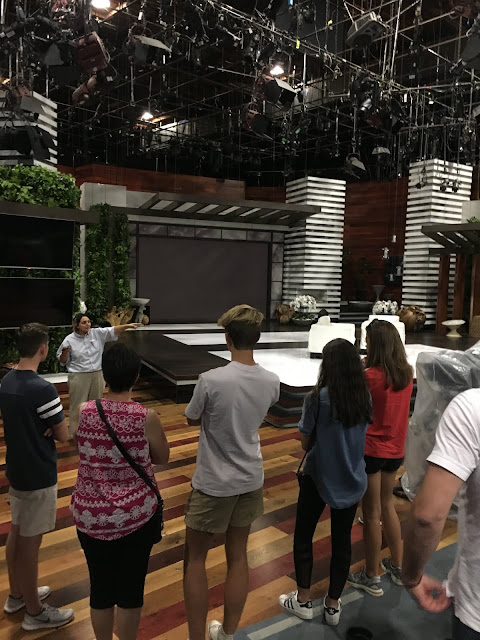 Originally, the earliest movies were filmed in New York, often on the roofs of buildings. But films, and later television shows, need good lighting, and Southern California's sunshine and generally dry climate made this possible virtually year round. Eventually, films were moved into sound stages, but by then Hollywood had a film grip on the burgeoning film industry. 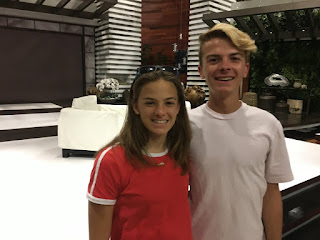 Hey, look, we're on the set for the Ellen Show. 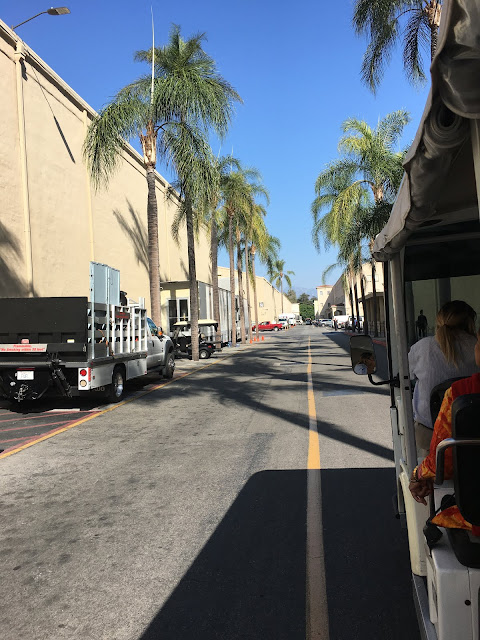 Back outside, our tour continued. I guess I like the palm trees outside the various sound stages. 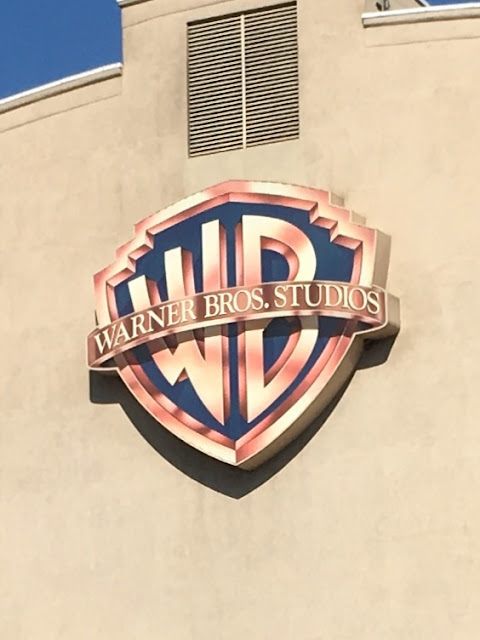 Warner Bros logo on the side of one of the many sound stages. 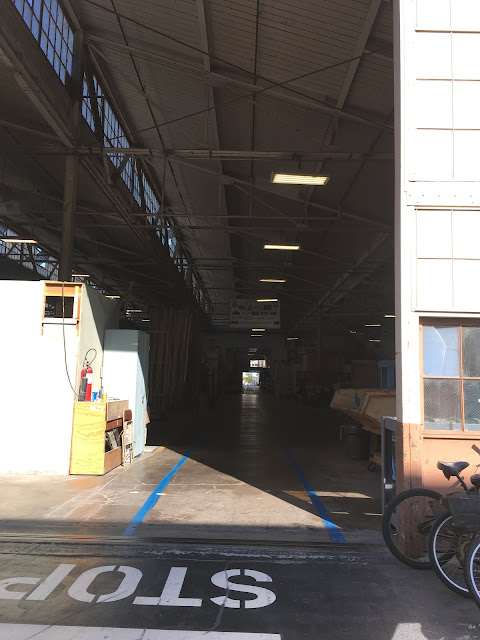 Another look down the the massive and cavernous sound stages. At 62 acres, Warner Bros Studios is huge. 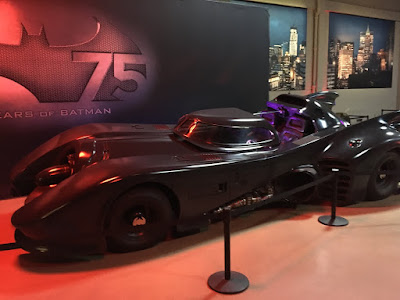 A quick stop off at a display of some of more current Batmobile vehicles. I'm old enough to remember the campy but fun Batman TV show. The 1966 Adam West Batmobile can be found on Wilshire Blvd (in the Miracle Mile District of Los Angeles, at the Petersen Automotive Museum. At least it was for a time. Here's a link to a previous post on a visit to the Petersen. 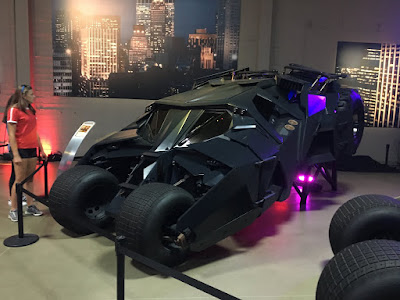 The most recent incarnation of the Batmobile. Meh. I like the 1960's version better. 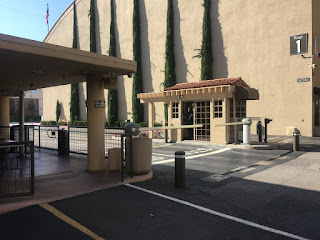 Driving by the guard gate, featured in the 1974 Mel Brooks comedy Blazing Saddles. 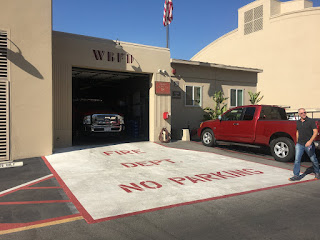 Warner Bros Studio is so big that it actually has it's own fire department on site. 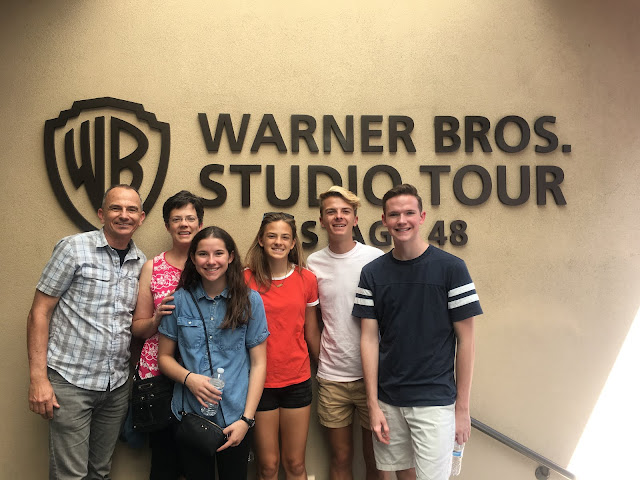 Favorite photo: it's not what we saw, it's who we were with.

I was hoping to finish up this five part series on our studio tour with something profound. I guess that'll have to wait for another day. 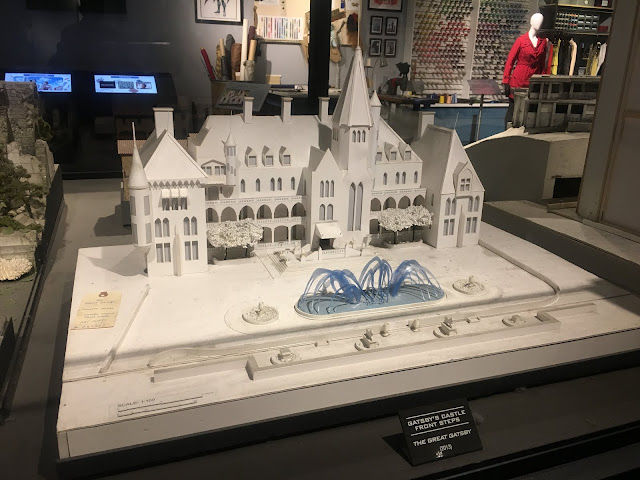 The tour concluded with a display of models and other artifacts from various Warner Brothers films. This is a 1:100 model of Gatsby's Castle from the 2013 film The Great Gatsby. 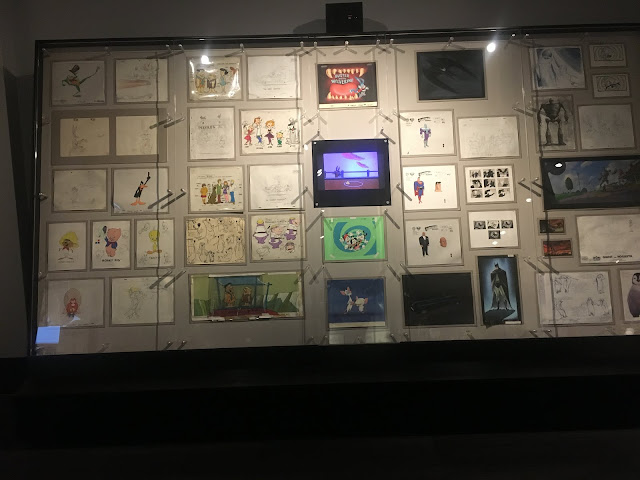 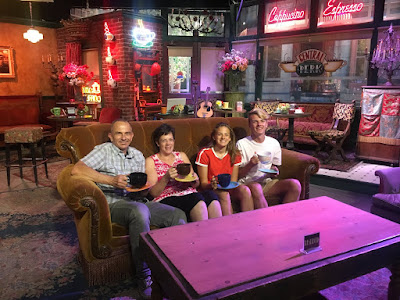 For those of you who grew up in the '90's, the tour concludes with a replica of the Central Perk set from the popular TV show Friends. Popular show, but I was never really a fan. And my kids were way too young. 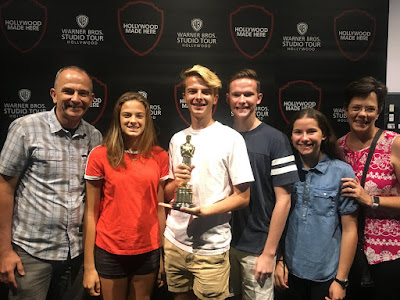 There's an Academy Award you can hold. "Oscar" refers to the statue, given out annual by the Academy of Motion Picture Sciences. Hence, the Academy Awards. The Award ceremony is held around the end of February / beginning of March every year. 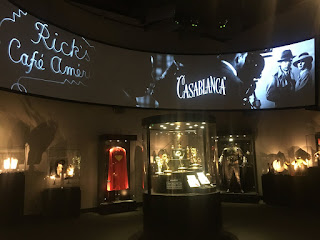 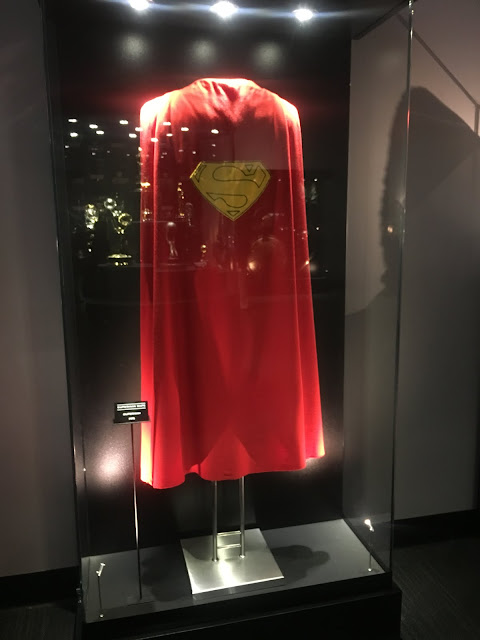 Christoper Reeves cape from the 1978 film Superman. The film was "just OK". Even as a teenager, I thought the "spinning the world backwards" scene at the end ridiculous. I know it's "just a movie" but that doesn't excuse a silly script. 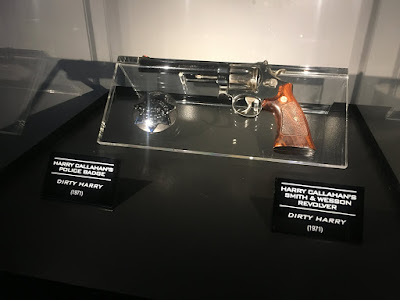 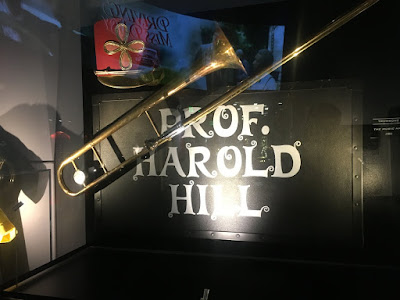 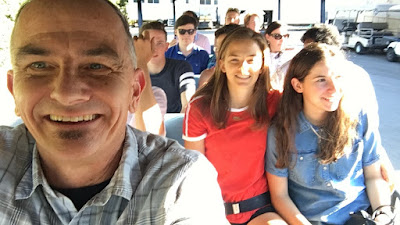 The tour concludes with a final ride back to the entrance/exit. Behind me, my daughter and my niece. 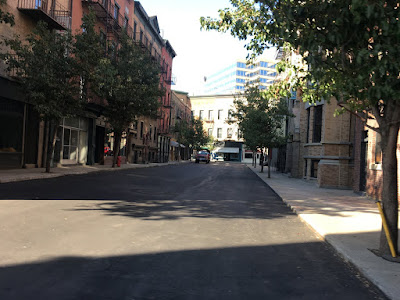 A final look down Hennesy Street.

Here's a link to the Warner Brothers Studio Tour website. Tickets are $65, with a special $49 offer for Southern California residents.