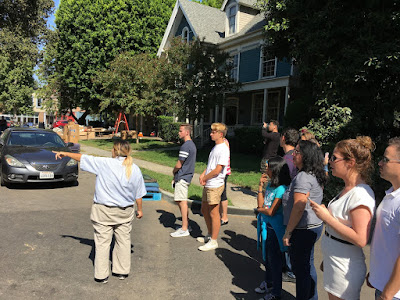 Last Fall, my wife and I took our teenage kids, and their two cousins, to the Warner Brothers Studios tour. Here's a link to Part I. 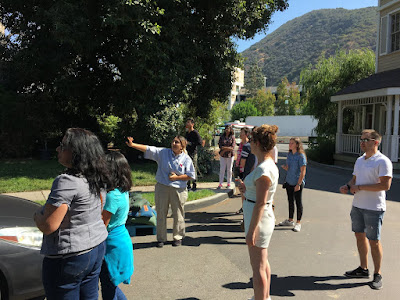 What struck us was how personal and hands on the tour was. Much of the tour involved getting out of the small 15 passenger electric carts, and walking around. Above, our tour guide pointing of specific movies and TV shows that had been filmed at these outdoor sets. 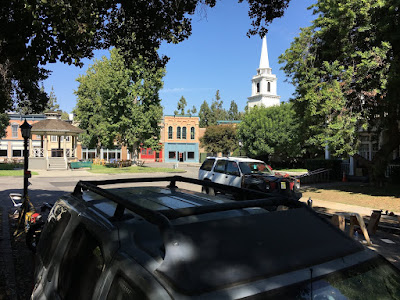 This outdoor set is called Midwest Street – an “Any Town USA” complete with a town square, center gazebo, church, church, brick courthouse, and store front businesses. Here's a list of some of the more memorable movies and TV shows that have been filmed here: 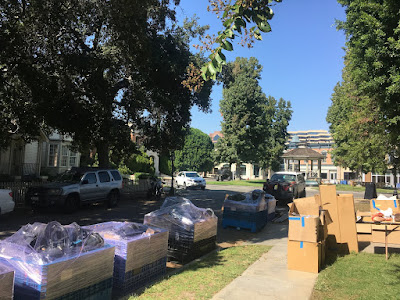 As Warner Bros is an actual, working studio, we weren't allowed beyond this point. If we were here during actual filming, I'm we probably couldn't get this far. In that sense, no tour is exactly the same. 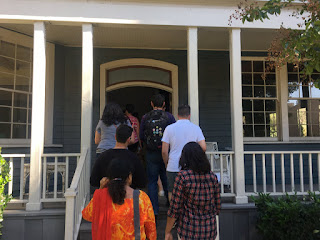 We walked inside one the of "homes" along the street. 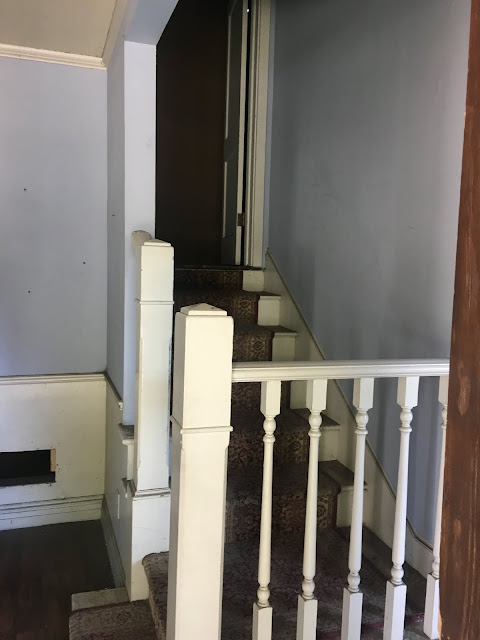 I love that we could walk around, at least a bit, and explore the sets. 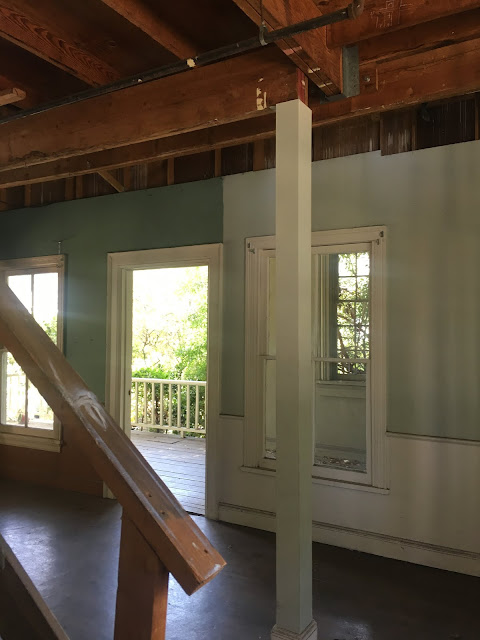 A view from inside and outside. 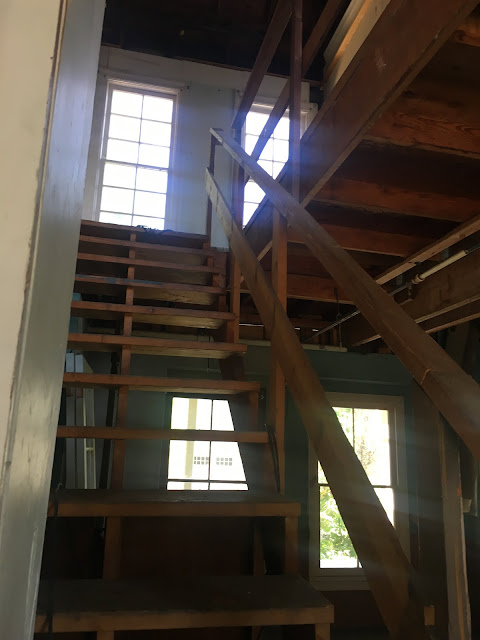 A reminder that these are not houses - but outdoors sets designed to look like them. 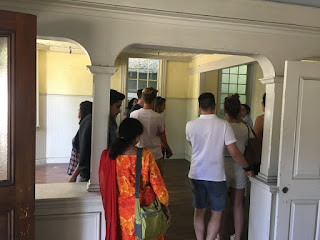 Heading out to the backyard area. 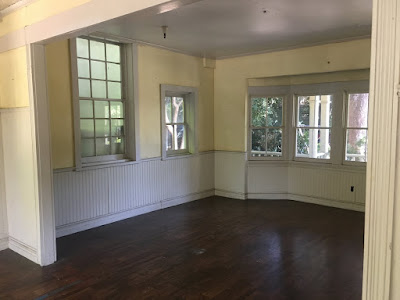 A final look inside. 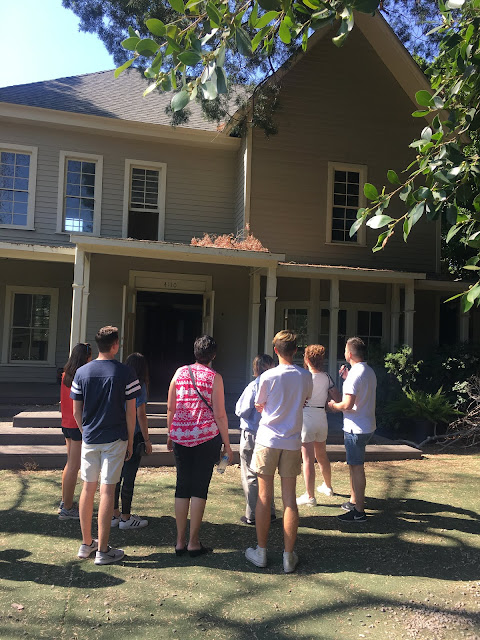 Our tour guide was incredibly knowledgeable. 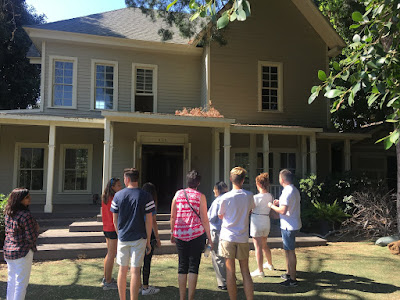 This outdoor set could be also used at night, or - with the help of some fake snow on the ground - designed to look like winter. 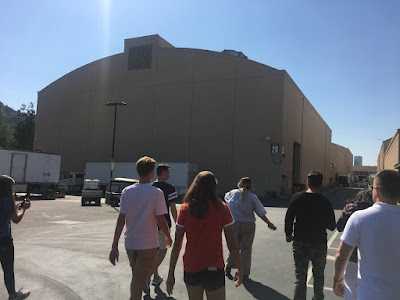 Next stop was one of the many massive sound stages. 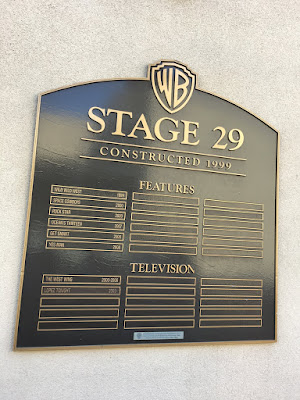 Interesting that while the Warner Bros Studio lot has been here since 1926, but this sound stage was built in 1999. You can see a list of the movies and TV shows filmed here.


We headed inside. Currently in production was the TV show "Lethal Weapon". As per the tour policy there are a couple of places where cameras are completely off limits. Inside Stage 29 was one of them. I was able to find a few photos on another site - Cine Movie - to give an idea of what we were able to view inside (you can find additional photos on their site: 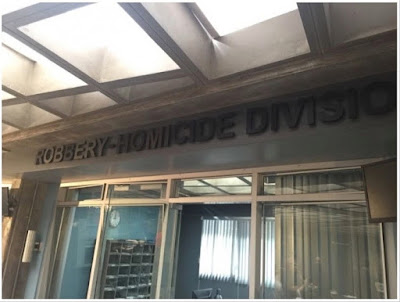 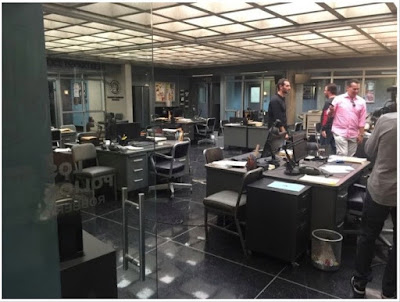 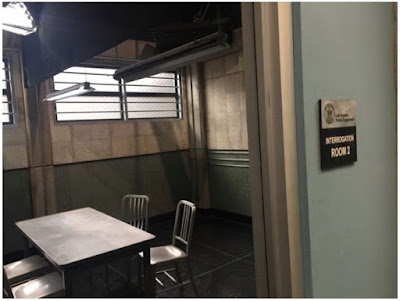 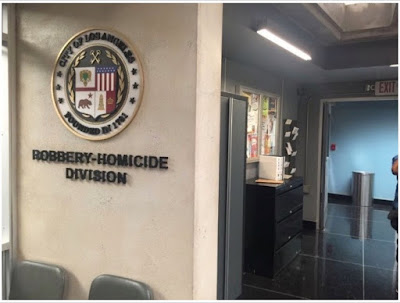 
Interesting fact: the seal of Los Angeles (pictured above) isn't the actual city seal. Legal issues keep the studio from using the real one. So instead, studio artists have created something that resembles the city seal, but is just different enough to avoid any legal entanglement.

I've never seen (or, sorry, even heard of) the TV show Lethal Weapon. Obviously, if I was a fan of the show, this part of the tour would have been even better. None the less, like the rest of our tour group, I found getting to walk around - and appreciate the stagecraft involved in bringing a show into production - fascinating. 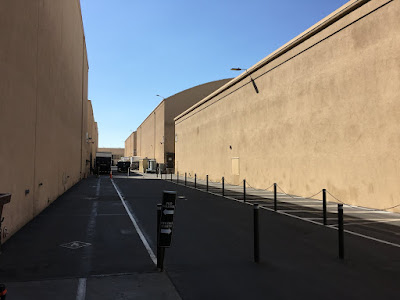 Back outside, looking at the exterior of one of dozens of sound stages.

According the company website, at 421 acres, Warner Bros Studios "is considered one of the foremost motion picture and television production and post-production facilities in the world and home to 35 soundstages (including one of the world’s tallest stages, which has an in-ground tank capable of holding more than two million gallons of water).

I'll finish up with some additional captions later this weekend. 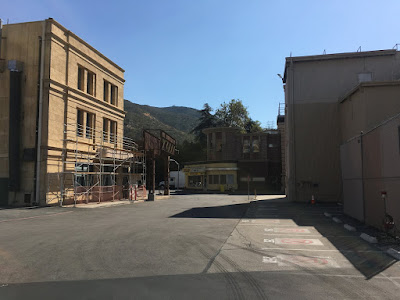 Heading towards the New York Street outdoor set. My wife and I were here in 2008. Here's a link to our tour, which spent time walking around that set. As mentioned, this is a working movie studio - verses, say, an amusement park. So each tour is slightly different. 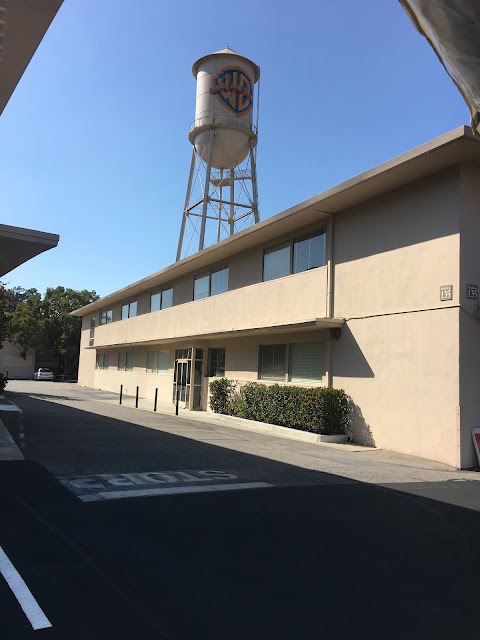 The iconic Warner Bros water tower. I think every major Hollywood Studio has a water tower on property. In Warner Bros case, they actually have their own private fire department on site. 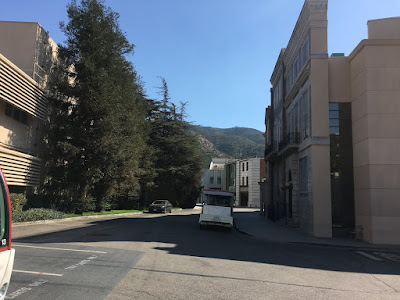 Paintings alongside the part of the studio that serves as a museum for the tour. 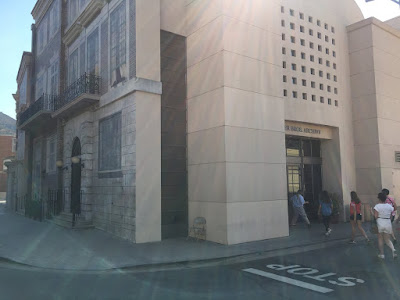 Here's a better view as we heading on inside. The museum is one of the few parts of the studio that's specifically dedicated to the tour, and features changing exhibits. When we were hear 10 years ago, I think it was Harry Potter. 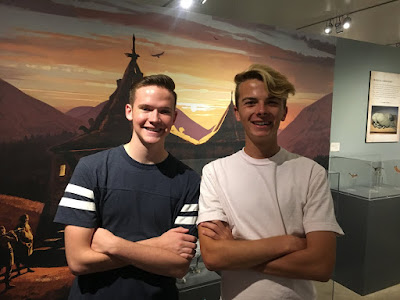 The two amigos: my son (right) and his cousin (who lives just outside of Los Angeles). Both are now College Freshman. 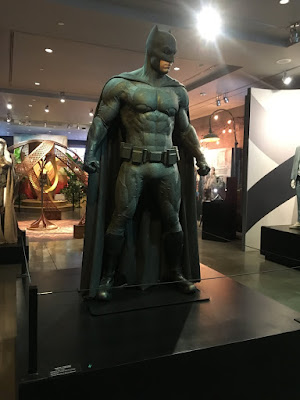 The studio museum as featuring come of the costumes from Batman ... 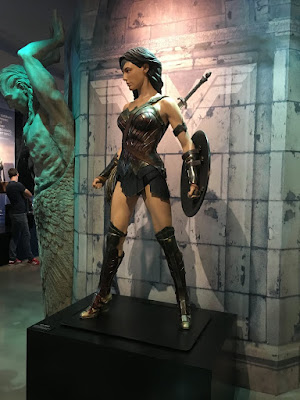 ... and Wonder Woman - which has just been released a few months earlier.