Other Side of the Bay: Experiencing Los Angeles in Palos Verdes 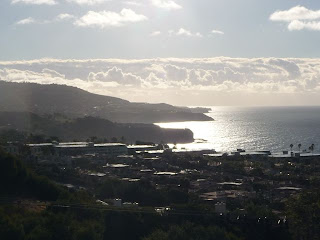 If you've followed this blog, you know that most of the posts are about life on the "westside" of Los Angeles: Santa Monica, Pacific Palisades, Westwood, Venice - the last two posts have featured early morning hikes on the Paseo Miramar trail in Pacific Palisades. I've tried to include places like Hollywood, Silverlake, downtown Los Angeles. But the majority focused on the "westside." It's where we lived for those five years in L.A., so that makes sense, right? 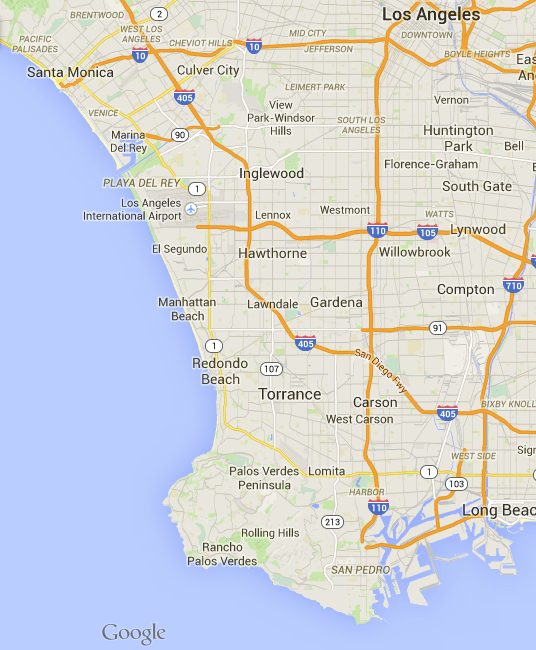 But what about the other side of the Bay (that is, the Santa Monica Bay)? What about the Palos Verdes Peninsula?

The Palos Verdes Peninsula is located 15 miles south of LAX, at the southern edge of the Santa Monica Bay, in between Redondo Beach and San Pedro. It's made up of a series of beautiful (and yes, expensive) coastal communites. 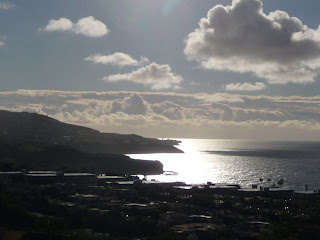 These photos were taken a few years back when I was at a one day conference in Palos Verdes. 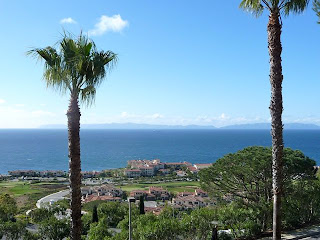 In the distance, Catalina Island. Catalina is located 20 or so miles off the coast. These photos were taken in late February, after a rain storm. The views were quite spectacular. 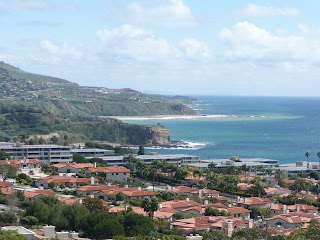 While it may seem hard to believe, at one time both Palos Verdes and Pacific Palisades had what could be consider "middle class" housing stock. I remember my grandmother, herself an immigrant from Poland, looking at a home in Pacific Palisades in 1972 for $26,000 (adjusted for inflation, that would be around $148,000 today). Today, that same home would sell for around $1.4 million.

My guess is the same would be true of Palos Verdes.

Reminds me of what a friend working as a campus minister at UCLA once said, "L.A. is great - if you've got money." True, that. According to this recent Los Angeles Times article, Los Angeles/Orange County metro area has the distinction of having the least affordable housing the the U.S. 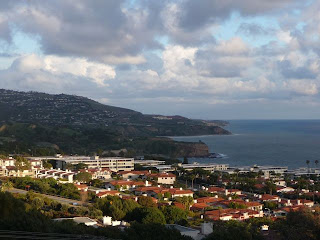 Obviously, places like Palos Verdes are no longer an option for the average Joe (or, this being Los Angeles, the average José). I'm not sure that there is a "solution" to this. Meanwhile, the casual visitor or out-of-town guest can still enjoy some amazing vistas. Unlike, say, Venice Beach or Santa Monica, Palos Verdes is not a major tourist destination. But there are a few things to see and do - here's a link to some suggestions.

A drive through Palos Verdes: all part of experiencing Los Angeles.