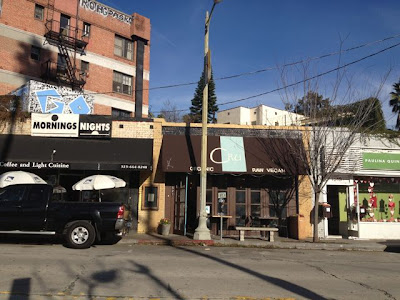 Years ago I remember someone remarking that even after living in Los Angeles for decades, there are still entire communities to be explored for the first time. That was certainly true this time last year when I got out of my car, and walked around a bit in the Silverlake district. 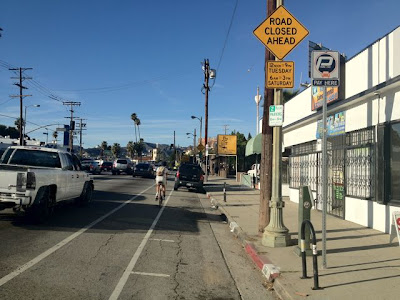 The "main drag" through Silverlake is none other than Sunset Blvd. I've driven along here a couple of times over the years, but never stopped. This is all just a few miles west from downtown Los Angeles - and worlds away from the glitz and glamor of where Sunset Blvd. goes through Hollywood, West Hollywood, Beverly Hills and beyond. 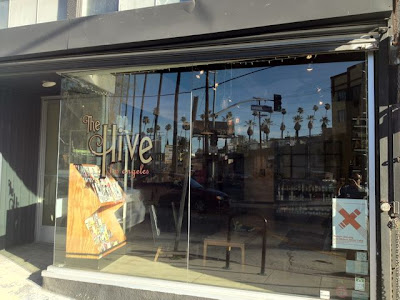 Silverlake is a neighborhood in transition, with a mixture of businesses catering to work-class Mexican-Americans, and the newer urban Anglo "hipsters" who are gentrifying the community. Above, "The Hive" hair salon seems to be focused on the second group. 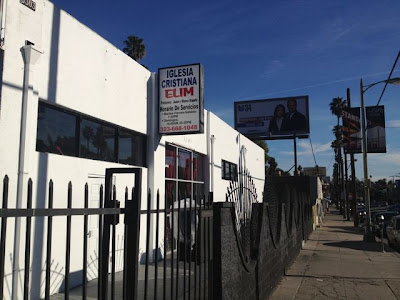 A Spanish speaking evangelical church along Sunset Blvd. Glad they're there. I wonder if they're working to add an "English language service" for the new influx moving back into the neighborhood.

If you are looking for an English speaking church in the area, I'd have to recommend "Reality L.A." - located a couple of miles west, in Hollywood. 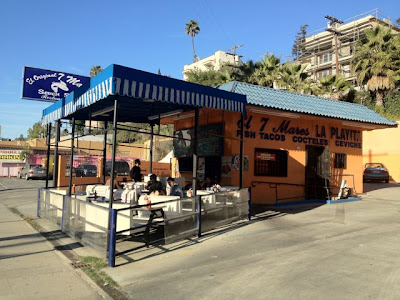 El Siete Mares (The Seven Seas, even I could figure that one out) Mexican Restaurant. Really looks like something straight out of Baja. If I'm in the neighborhood again, I'd definitely want to stop in. 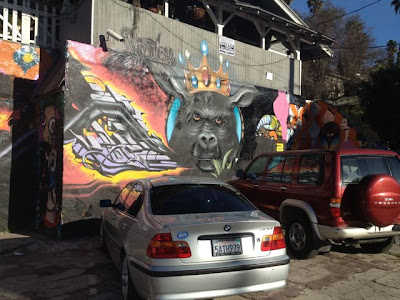 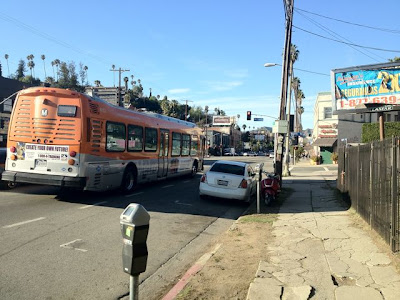 I was surprised, really shocked, at the terrible condition of the sidewalk along this one stretch. 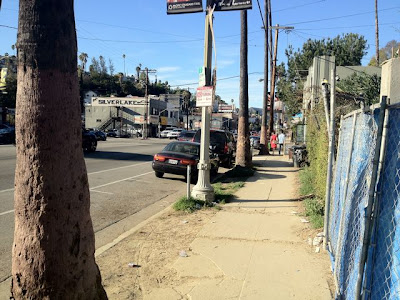 Hard to believe this is Sunset Blvd - arguably Los Angeles' most celebrated street. 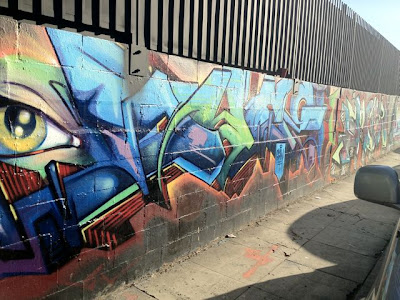 The folks over at Cru had given me direction to the Music Box Steps, less than a mile walk from the restaurant. The Music Box Steps are outdoor stairs that Laurel and Hardy famously tried move a piano up in their 1932 film. Above, a neighborhood mural along the way. 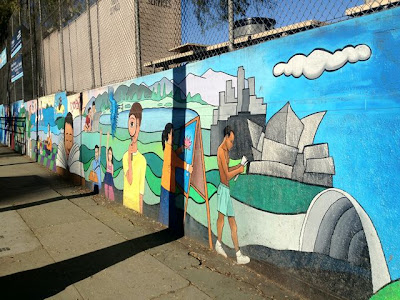 Another mural, different style. This one featuring Marc Abrams, "The Walking Man," - who sadly died in 2010 at age 58,  Abrams was known for his long walks throughout the neighborhood - while reading. A nice tribute, but, for me at least, also a reminder how brief our time on earth really is. 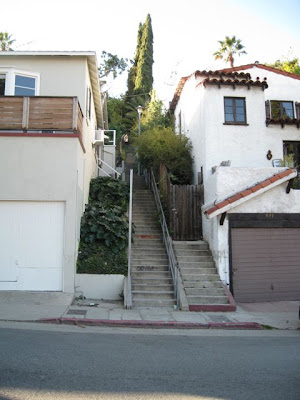 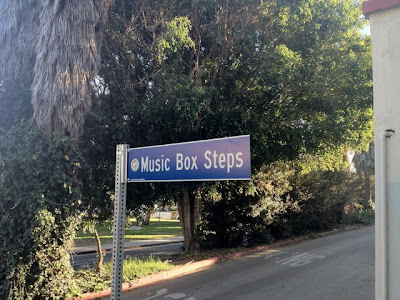 "The Music Box" won the first Academy Award for "live action short film" in 1932. Here's a link if you'd like to watch it. More next week in Part II.

Beautiful, thank you, leave your car and walk...