Experiencing the "Cyrus Cylinder" at the Getty Villa

This past week I was back in Los Angeles for a conference - and took an hour on the way there to see the "Cyrus Cylinder" at the Getty Villa. 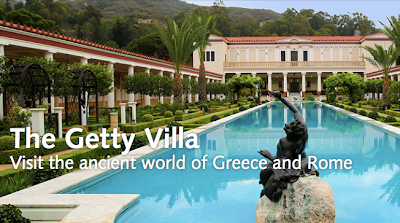 The Getty Villa is located in the Pacific Paliades district of Los Angeles. Admission is free - but you do need to make a reservation ahead of time. On the weekday I went, I was able to make a reservation the day of.Apparently, weekends are much more crowded. Make the reservation on-line, print your ticket, and you're good to go.

Parking at the Villa is $15 - which is about right for Los Angeles. In an agreement with local residents, you absolutely can NOT park in the adjacent neighborhood and expect to get in. 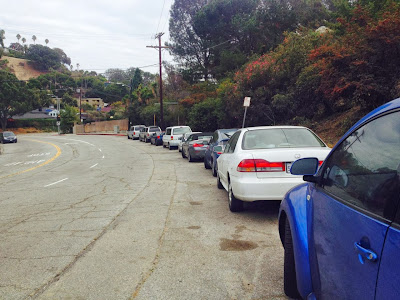 However, there is one way to save some $$. I parked about a mile away at the corner of Los Liones and Sunset Blvd. 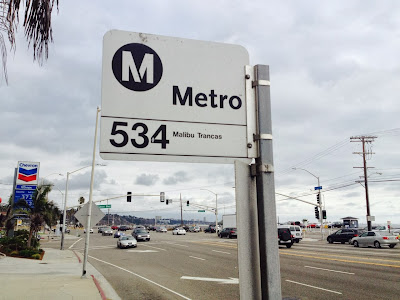 I walked down Sunset Blvd a few blocks to the Pacific Coast Highway, caught the 534 going north. 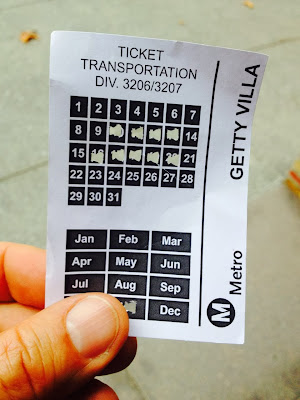 Got my Getty ticket from the bus driver. This is super important - you need this if you're walking in (as well as the on-line reservation ticket). 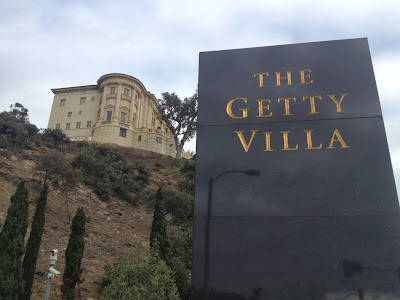 Two stops up I got off at the Getty Villa. If you're solo like I was, nice way to save some cash.

By the way, the building to left in the photo above is NOT the Getty. It's a private residence called "Villa de Leon." Here's a previous post with some addtional information. 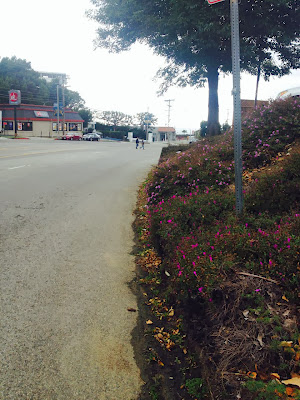 Keep in mind that parking on Los Liones Drive walking along Sunset to the PCH and taking the bus took time - and involved walking along a small section of Sunset Blvd that literally has no sidewalk.

In other words, I would not recommend trying this on a "first date", or with kids, etc. 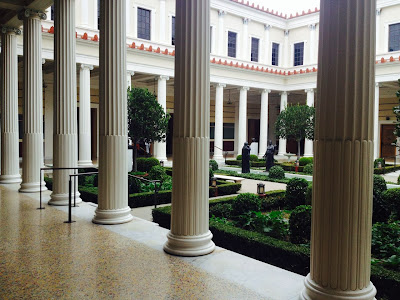 Regardless is you go the cheap-o route as I did, or just pay the $15 to park on site, the Getty Villa is as stellar as ever.


Thanks to the Getty Trust, the combined Getty Villa and Getty Center (located a few miles to the east just off the 405 Freeway in Brentwood) is the wealthiest private museum in the world.

If you've never been the Getty Villa, it's definitely worth a trip. Here's a link to a previous post on a visit I made a few years back with my wife and kids. 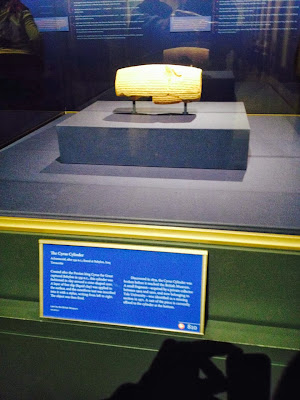 The reaon I went was to see the Cyrus Cylinder - which is on display until December 8th. As a Christian, I was excited to see something with a direct connection to biblical history. 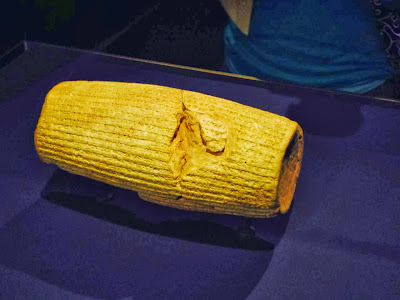 The Cyrus Cylinder is a 2500 year old clay cylinder with a declaration from the ancient Persian King Cyrus the Great. Discovered in Iraq in 1879, it is one of most celebrated discoveries of the ancient world.

The cylinder describes Cyrus' policy of allowing his subjects to worship according to their local customs. As a result, it is been called the oldest known charter of universal human rights.

To Jews and Christians, the cylinder is seen as corroborative evidence of Cyrus' policy of allowing the Jewish people to return and rebuild the Temple, as described in the biblical texts in the Book of Ezra. 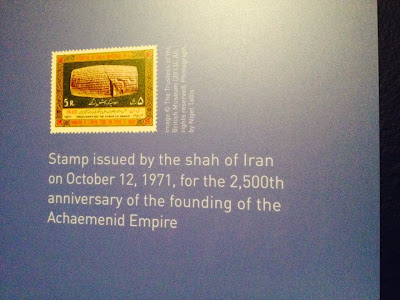 To the massive Persian-American community in Los Angeles, the cylinder is seen as national symbol of Iran - and was put on public display by the Shah in 1971.

Corroborative evidence of biblical history. Not something one normally thinks of when they think of Los Angeles. Like archeology itself, Los Angeles is actually very multi-layed and complex, including:

∙ a massive Persian community due to political upheaval on the other side of the globe.

∙ the world's riches private museum due to an oil tycoon's preference for the city's climate.

∙ and, described in many numerous posts on this site, a 24/7 global influence due to a little something called the entertainment industry. 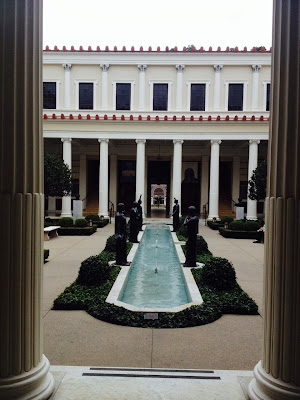 Here's a link to the Cyrus Cylinder at the Getty.

If you miss is, the Getty Villa is still woth a trip. And another way of experiencing L.A.