One of the major draws of living in Los Angeles is being in a city that impacts the rest of the planet. Like it or not, the entertainment industry, centered in Los Angeles, influences seven billion people around the globe every single day. 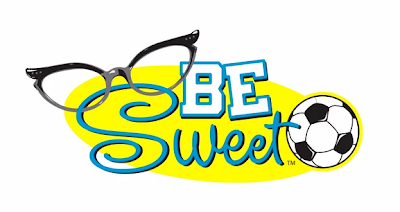 My friend Alex Mebane has been working in Hollywood for years, and is currently assembling funding for Be Sweet - a G rated comedy.

How many comedies are there that are funny and appropriate for 9 year olds, and 90 year olds? Be Sweet is trying to fill an huge void that our friends at the Big Six studios all too often ignore. 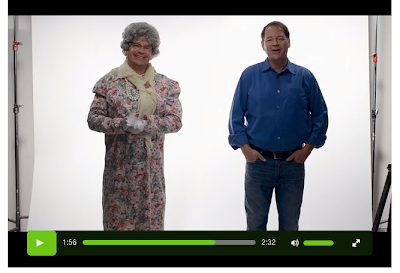 As Alex says on his site:

"Be Sweet is the story of a hot tempered soccer coach who gets kicked out of his daughter's U-10 league. So in order to still be a part of her life, he dresses up like his mother to attend her games and ends up being the coach again, but with a slightly different perspective.

"I've been playing the "Sister" character since 1985 (based on an older lady I met at her garage sale) and often thought it would be a fun character for a film. Also, for the past 14 years, I've been a youth soccer referee and I've heard parents yell some crazy things. I often write them down. So last summer, I wrote a film that combines the two!
I have two daughters that played from kindergarten through high school and my wife and I loved every minute of it. We've all seen the nutty parents at kid's soccer games. Heck, we've all been the nutty parents at soccer games. I want to make a film that captures that misdirected passion and show what happens when you have to, well...be nice...be kind...Be Sweet.
"If you're like me, you probably miss the live action fun, family, G-rated movies of the past. I think we can make a film that's funny and entertaining for all ages, without having to make it vulgar or crass."
So how do films get funded? Funny you should ask. Be Sweet is using Kickstarter to raise the funds.

So take a risk, click on the link and donate a dollar (or five). How cool would it be to not only see this film, but say "hey, I helped fund this project."
It's easy enough to bemone the lack of quality family friendly films. Here's an opportunity to support one.

Another way of experiencing L.A. - where ever on the planet you might live.