High above the Pacific Coast Highway, sporting incredible ocean views, sits the Getty Villa. It's the former home of billionaire J. Paul Getty, and was the original Getty Museum. The much larger Getty Center in Brentwood now houses most of the artwork, but the Getty Villa Malibu (technically in Pacific Palisades) still features the Getty Greek and Roman Collection. You can easily spot the Getty Villa driving up or down the PCH. It's a recognizable landmark to both visitors and residents alike. There's just one problem. 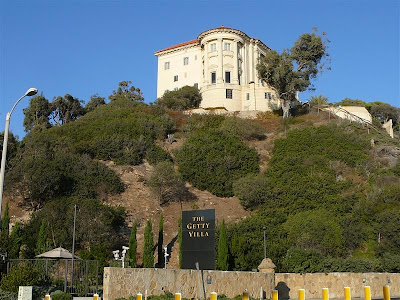 It's not the Getty.

The building you're looking at is known as Villa de Leon. Built in 1926, it's a large private residence overlooking the Pacific Coast Highway in Pacific Palisades. Ever since J. Paul Getty began opening up his estate to the public in the mid 1950's, people have assumed that the huge mansion perched on the hill is "the Getty." Even among people who live in the area, it's probably one of the most mis-identified buildings in Los Angeles. 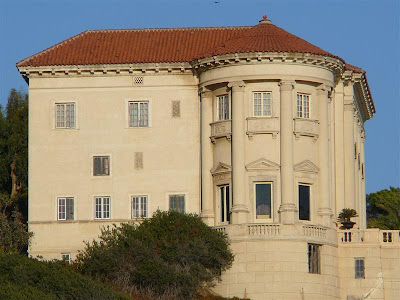 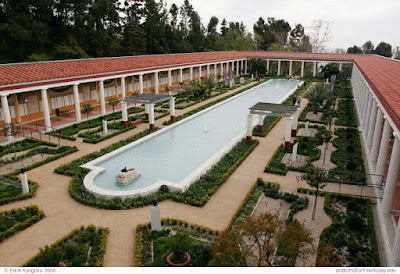 The Getty Villa (topic for a future post) is in an incredible setting, with amazing Greek and Roman artifacts, and best of all - free admission.

Meanwhile, Villa de Leon sits overlooking the Pacific, continuing it's job as one of the most mis-identified landmarks in Los Angeles. According a local paper, it was listed for sale in 2005 for $15 million. A closer inspection reveals:

Major cracks in the foundation. Click on the image below, and you'll see what I'm talking about. 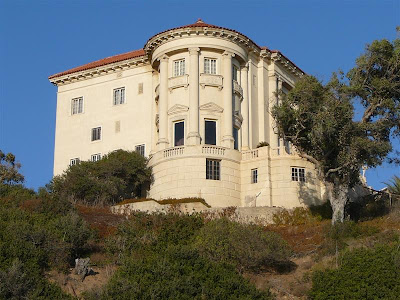 The problem ultimately isn't the house - it's the hillside it was built on, part of which has collapsed during a winter storm, taking an entire garden terrace with it. Ouch. Reminders of "building your house on the rock" (see the Sermon on the Mount, Matthew 7:24-27) come to mind. 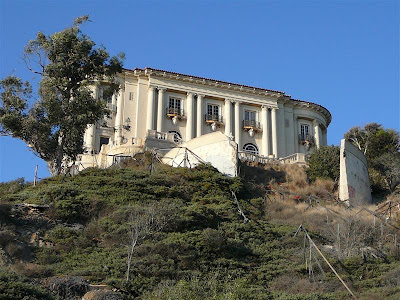 The home is located at 17948 Porto Marina Way, Pacific Palisades, 90272. Here's a view from the top showing the extent of the collapse of one of the hillsides. 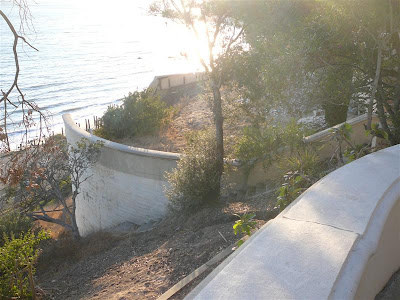 www.zillow.com gave the home an estimate between $3-$5 million since 2001. It apparently sold for $10 million dollars in 2007. Zillow currently has it valued at around $6.6 million. 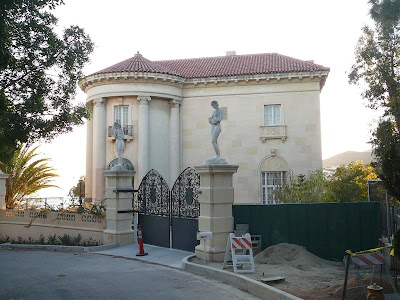 Looks like a lot of work is still being done on it. $6.6 million seems like a lot of money for a "fixer upper" - but obviously the owners of this property are in a completely different league than most of us.

Thanks to image.google.com (which I've used many times on this blog) mere mortals like us can have an idea what the interior looks like. 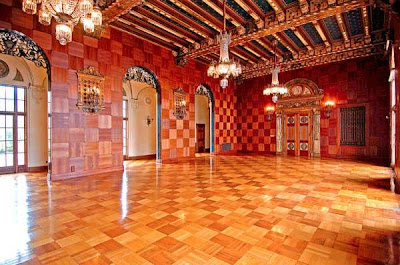 Apparently it's still for sale? Not sure. Maybe the owners are planning on "flipping" it. 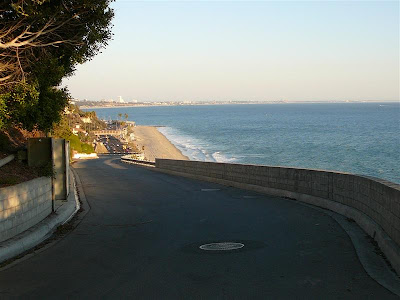 Can't argue that the street it's on, Porto Marina Way, has a great view of the Pacific Ocean. This is looking south towards the PCH with Santa Monica in the distance.

Getting back to the original idea - calling 17948 Porto Marina Way "the Getty Villa" doesn't make it the Getty, even if a majority of people do so.

I just found yet another website incorrectly listing Villa de Leon as the Getty Villa: http://www.angelcityart.com/so-cal-ACA.html 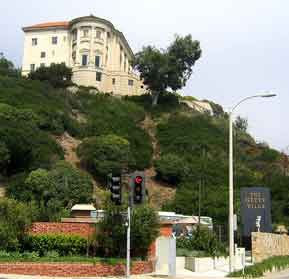 And while on-line "stories" and (much more common) "word of mouth" continue to perpetuate that the big house on the hill is the Getty Villa, the facts reveal something else.

A trip to the actual Getty Villa is worth your time (visit the website ahead of time - you need a parking reservation). And be sure and give a shout out to Villa de Leon when you visit.

Thanks, I have been wondering about that place for thirty years, and was supprised when I went to the Getty that that house was not there!

Excellent, I have been curious about that place for a while, so thank you!
There's something else I've been wondering about in the same area: the collapsed parking lot on the beach right in front of this villa. Is there any information about it? Was there anything there before? How come it's just sitting there looking all decrepit?

I have driven by the mansion on the hill for many years and was so shocked and disappointed to find that the Getty Villa did not include a tour of that beautiful estate! The mansion on the hill has the killer views and even some statues in the yard visible from PCH! I think the Getty should try to aquire it although the structural issues are likely problematic - but imagine what a piece of property - you can't duplicate that!

Lee, I grew up just up the street from the Getty and the parking lot you're asking about used to be the parking lot for Ted's Rancho, a restaurant just south of the intersection of PCH and Coastline Dr. Ted's burnt down decades ago and they never rebuilt it.