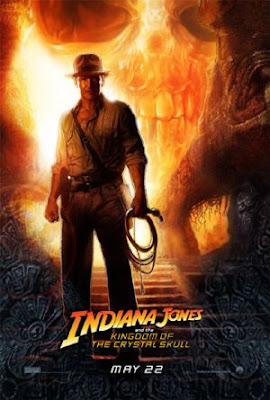 Pirates of the Caribbean, Spiderman, Batman, Indiana Jones, and the final installment of Star Wars all carried the PG-13. According to the MPAA, the PG-13 rating is a warning: "PARENTS STRONGLY CAUTIONED — Some material may be inappropriate for children under 13." Yet each of these movie franchises, designed for teenagers and adults is aggressively marketed to children, including young children.

Fast food promotions, commercials during children's programming, Lego characters, and - of course - toys are all part of the commercial juggernaut. These photos, taken in the toy departments in Wal-Mart and Target, could have been taken anywhere. 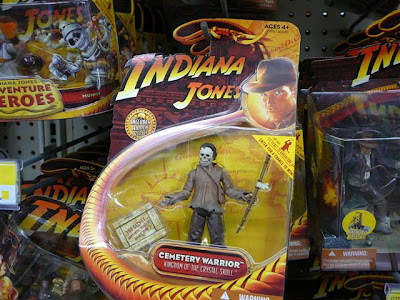 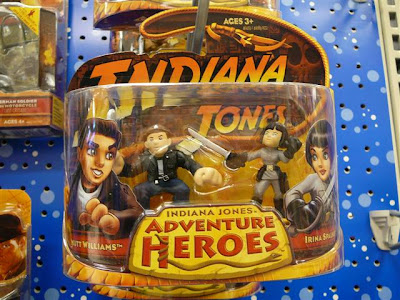 If the "Cemetery Warrior" is a bit too realistic for your four year old - no problem - how about these "cute" versions of characters "Mutt Williams" and "Irina Spalko"? The packaging says these toys are for "Ages 3+".

Does anyone else think it's strange that a movie that "strongly cautions" parents regarding material inappropriate for children under 13 has toys designed for 3 year olds?

Apparently so. After writting this blog, I noticed similar comments from in the Los Angeles Times from columnist John Horn: http://www.latimes.com/entertainment/la-et-word5-2008jun05,0,336906.story

Ten years ago, during President Clinton's administration, the federal government took legal action against the marketing of cigarettes to minors. Remember "Joe Camel"? In addition, the entertainment industry got into the act and made it taboo for smoking to be shown in any G or PG movie. Some have even called for a movie showing smoking to automatically receive a R rating.

I'm not holding my breath for any sort of similar ban to occur with the marketing tie-ins based on current "action/adventure" films. But how would we feel about cigarettes being once again marketed to children? 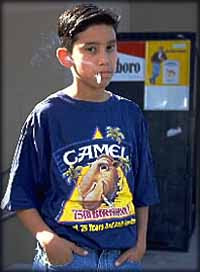 Labels: Indiana Jones and the Kingdom of the Crystal Skull, marketing to kids, PG-13