Los Angeles' most futuristic building, circa 1893

Situated in downtown Los Angeles, on the corner of Broadway and 3rd Street sits a one hundred year old vision of the 21st Century. 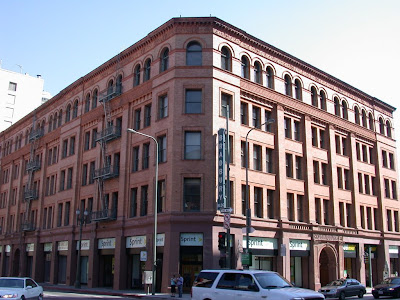 I've been inside the Bradbury Building several times, including two years ago when I took a group of 17 homeschool kids on a tour of downtown Los Angeles. Most people who drive by it have NO idea what awaits inside. While a private building, the ground floor is open to the public during normal business hours. 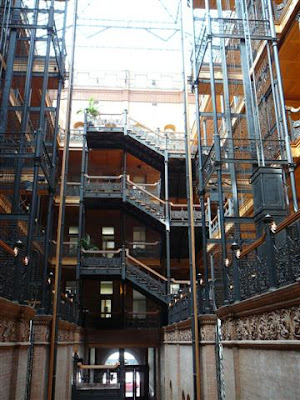 The architect George Wyman was especially influenced by the 1887 book Looking Backward which described a utopian society in the year 2000. The building opened in 1893, so it's technically 115 years old. 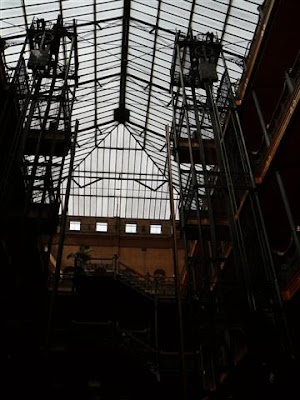 Looking Backward (written by Edward Bellamy) described the average commercial building in 2000 as a "vast hall full of light, received not alone from the windows on all sides, but from the dome, the point of which was a hundred feet above." You can see how these descriptions greatly influenced the Bradbury Building.

While an incredibly beautiful building in it's own right, what's amazing about the Bradbury is that it represents what people thought buildings in the 21st Century might look like. It's a vison of the future. 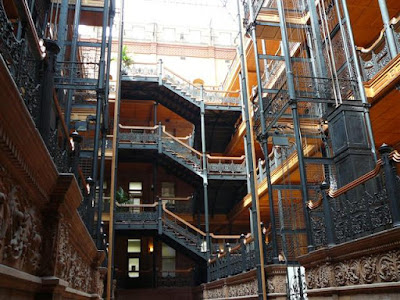 A trip to the Bradbury Building actually challenges me to think about my vision of the future. What am I doing now that might influence the lives of my grandchildren, and great-grandchildren 115 years from now? What kind of legacy am I leaving in the lives men and women I interact with on a daily basis? What - if anything - am I doing now that will influence those in the year 2123 - and beyond?

"He [God] decreed statutes ... which He commanded our forefathers to teach their children, so the next generation would know them, even the children yet to be born ..." Psalm 78:5,6