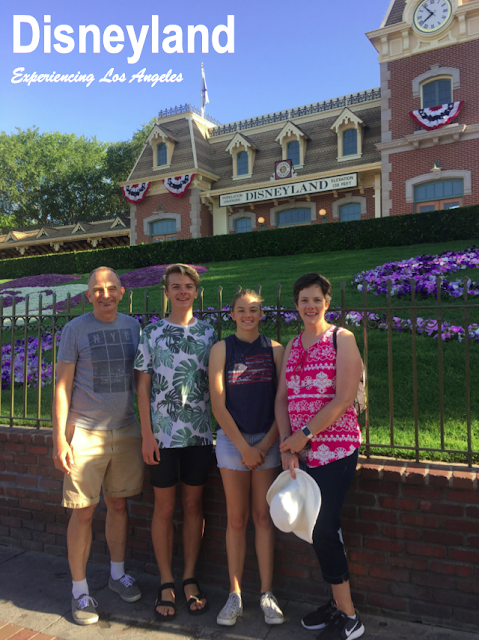 Last summer, my wife teenage kids and I spent a couple of days in Los Angeles, followed by several days in Orange County, finishing up at Disneyland. Feel free to click any of these links to our time in Hollywood, Griffith Park Observatory, Universal Studios Hollywood, Newport Beach, Crystal Cove, or Laguna Beach. 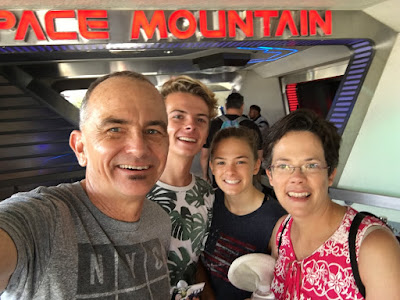 But in the spirit of "Experiencing LA" ... we'll keep Disneyland as part of "Greater Los Angeles."

Thanks for a free sign in for our family from a good friend, my wife, kids and I have been able to get into Disneyland once a year for free for the past 15 years. We always arrive early - and, now that our kids are older, stay late.

When we lived in Los Angeles 2005-2010, we just drove down in the morning, enjoyed our time there, and drove home. Living out of the area is a bit more of a production, involving a couple night (or more) on the road.

We spent the first hour at Disneyland, enjoying family favorites like Space Mountain. 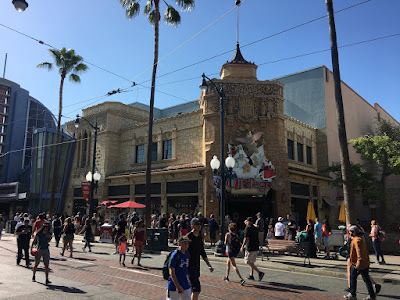 After an hour or so, we headed to the adjacent Disney California Adventure. 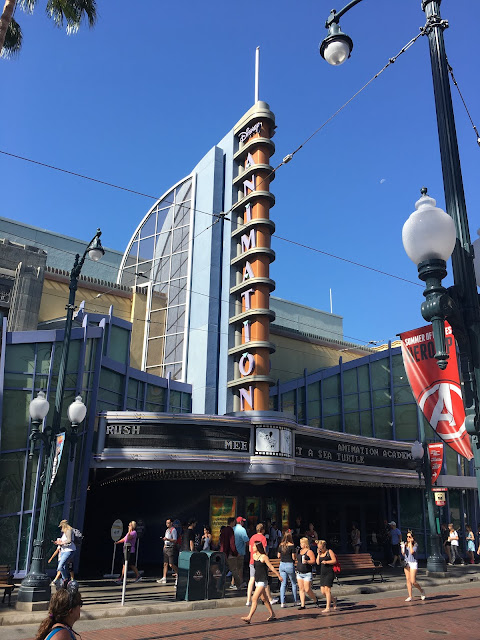 There are great blogs on how to maximize a day at Disneyland. I won't even try to compete.

We have fun, take advantage of the Fast Pass system, and with a bit of planning are able to get on 20 or more rides and attractions during the day. 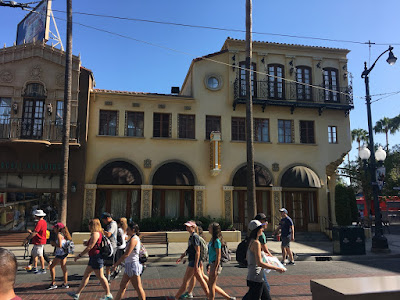 Above, a replica of the 1926 Baine Building, located in Hollywood on the corner of Hollywood Boulevard and Whitley Avenue. What's wild (to us, at least) is we actually walked by the real thing less than a week earlier in Hollywood. 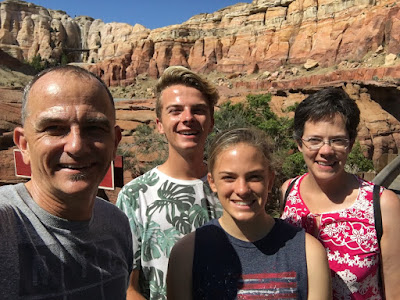 Above, the Radiator Springs Racers attraction, located in the Carsland section of the California Adventure.

Back in 2009, we took 9 days to drive from Los Angeles to Chicago. This section of the real American Southwest - what this ride is based upon - is spectacular. Yes, you really want to see the actual thing some day. That said, Carsland is still fun - and very popular. 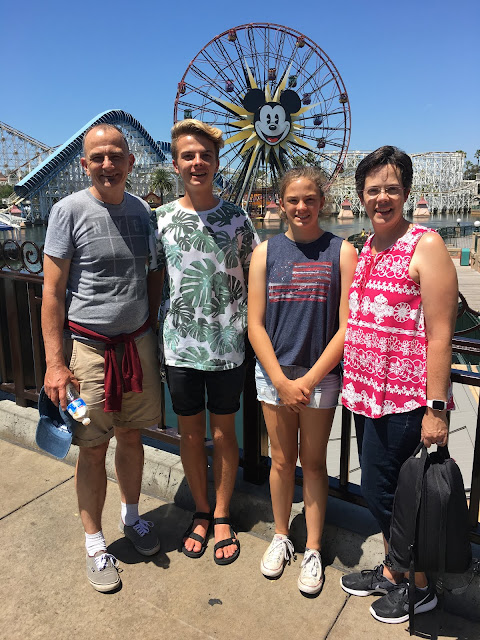 I was never a big fan of the Paradise Pier - it has always been the part of Disney California Adventure that felt the most like "Six Flags Over Anaheim." But my kids like it, especially California Screaming. Since then, it now has a new (and slightly underwhelming) Incredibles theme overlay.

As a Christian, I'm always interested individuals integrate their faith in the real world. I found it fascinating that the modern American roller coaster owes much of it's development to LaMarcus Thompson (1848-1919) an inventor - and devote Christian.

Sure, LaMarcus looks pretty serious. Of course, he was a man of his era. 100 years ago, no one smiled for photographs. 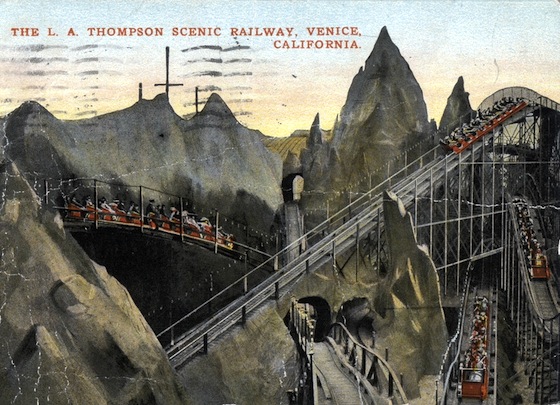 Thompson was concerned about negative influence of saloons, brothels and other "sinful diversions" of his day. But rather than simply curse the darkness, he developed what he considered a wholesome alternative, and in 1884 opened the "Switchback Railway," considered to be the first American rollercoaster, at New York's Coney Island. 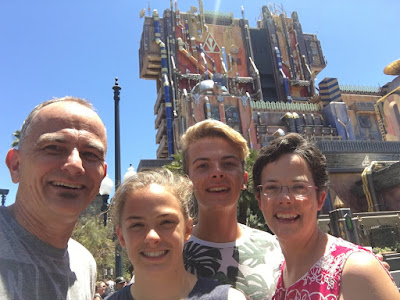 Both Disneyland and Disneyland California Adventure try to keep things "fresh" to keep people coming back. Personally, I liked the more historic theme of the orignal Tower of Terror - especially the original in Orlando. But I have to admit that the Guardians of the Galaxy Mission Breakout overlay is quite entertaining, with a bit more upbeat story. More importantly, my teenage kids loved it. So, as I dad, I was sold. 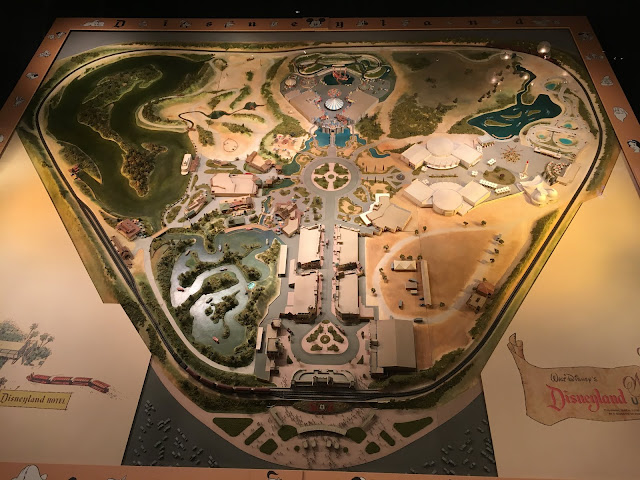 Back over at Disneyland, we stopped by the Walt Disney Story display off of Main Street, USA to view this scale model of what Disneyland looked like when it first opened on July 17, 1955. With the exception of perhaps Shanghai, every other Disney "castle" park (Orlando, Tokyo, Paris, Hong Kong) is very similar to this original design.

I admit I'm a bit a of Disney geek - and like this sort of stuff. In fact, our week long So Cal vacation started five days earlier at the Van Eaton Galleries in Sherman Oaks, which was featuring an incredible display of Disneyland historic memorabilia. 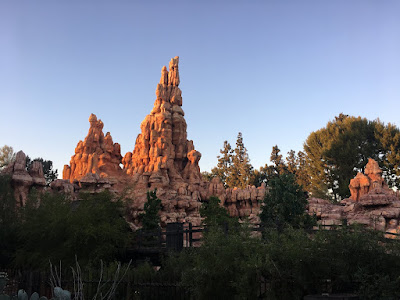 The original California version opened in 1979 and the rock work was strongly influenced by Bryce Canyon National Park. Again, I strongly suggest a visit to the original national park in southern Utah.

I put together a "Top Ten List" of suggestions of how to enjoy a day at Disneyland last year. Again, there's plenty of other suggestions all over the internet. 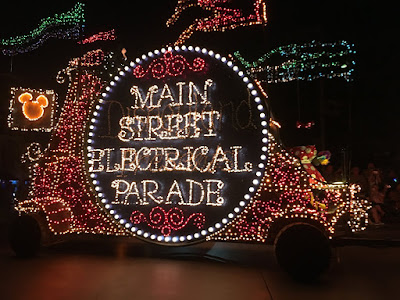 Disneyland's Main Street Electrical Parade debuted in 1972 and formally closed in 1996. While relying on 40+ year old technology, it's still a loved and popular parade. In 2017, Disneyland brought it back for a limited engagement during the Spring and Summer. Glad we caught it. 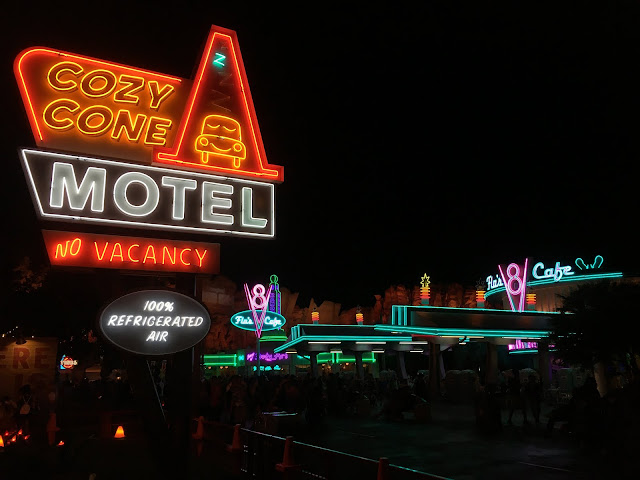 Afterwards, we headed back over to the California Adventure. The neon of Carsland really pops at night. 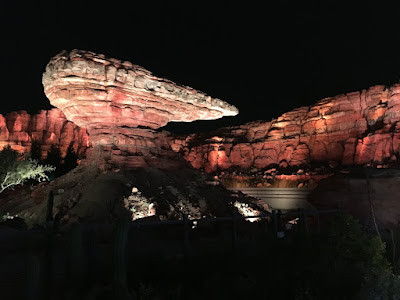 Radiator Spring Racers is great - but I strongly recommend trying to get Fastpasses earlier in the day to avoid a 90-120 minute wait. 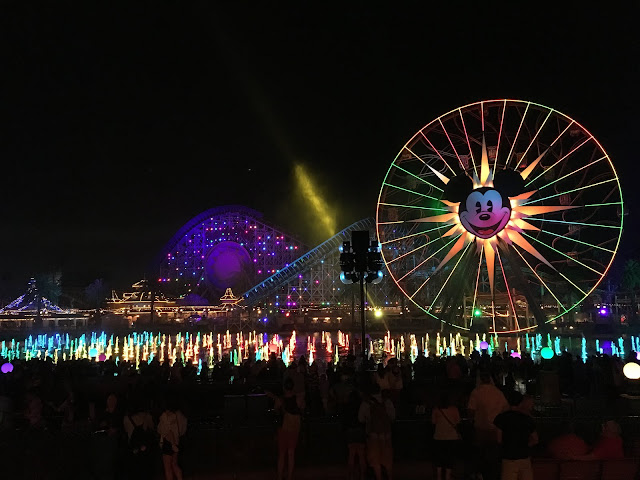 We finished up with the Wonderful World of Color show. I like it. My kids really enjoy it.

This next week, our 18 year old son and driving the 4+ hours with three friends to spend a day at Disneyland. They're all heading off for college later this month. Wow, where did the years go? I'm reminded of that little sign I saw a few days earlier at the Newport Beach Marriott Timeshare Resort:

"One day you will wake up and there won't be any more time to do the things you've always wanted. Do it now."

While we never could justify investing the time and money involved annual passes, we've enjoyed spending a day there once a year. It's made some good family memories. That, I'm very thankful for. 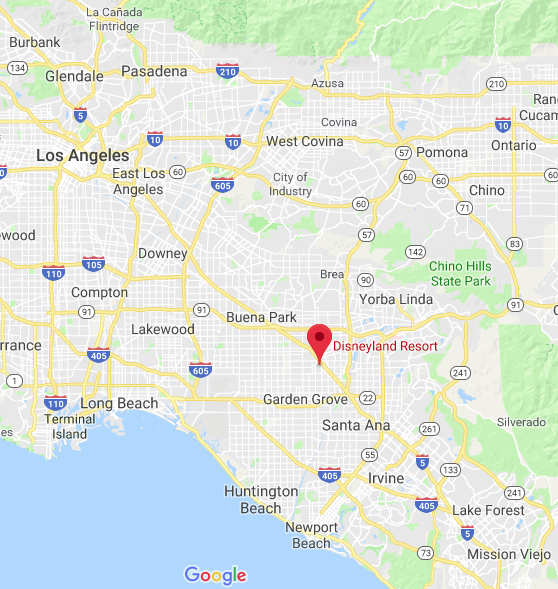