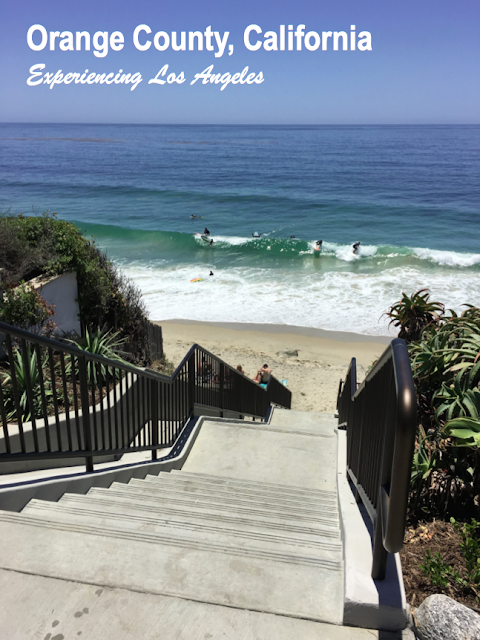 Is Orange County is part of metropolitan Los Angeles? That is, "Greater Los Angeles"?

I realize these are generalities, but:

- if you ask someone from Los Angeles, the answer will yes.

- if you ask someone from Orange County, the answer will be no.

- if you check online, the answer will be yes.

Having lived in, and been a homeowner, in both Los Angeles and Orange Counties, and for the general spirit of Experiencing L.A. - we'll go with yes. That Orange County is part of "Greater Los Angeles." If you don't agree, that's OK. 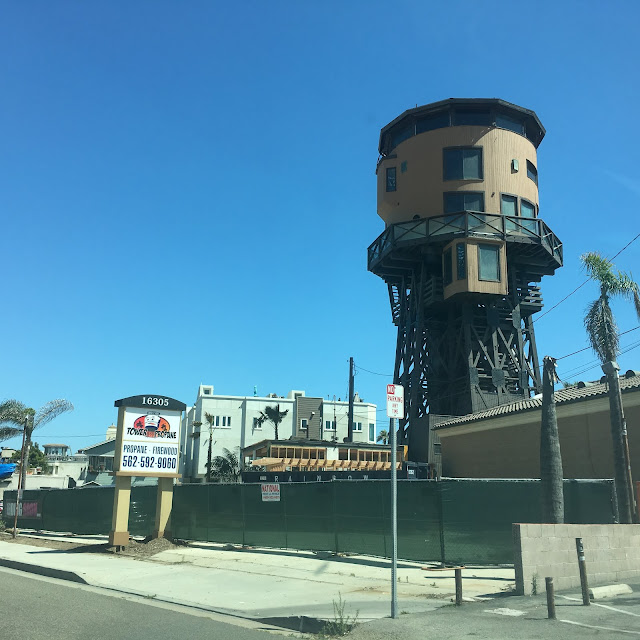 We drove through the city of Long Beach (which is the southern most coastal city in L.A. County) and headed into Orange County, or - thanks to a Los Angeles based TV show - "The O.C."

Driving along the Pacific Coast Highway, the PCH, just a few blocks by the ocean, we drove past the iconic water tower house, located in Seal Beach. This is a private residence, designed - as you can see - to look like a water tower. 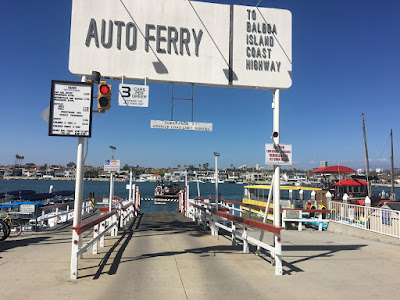 In Newport Beach, we veered off the Pacific Coast Highway a bit and continued along the Newport Peninsula. Rather than turn around, we took the historic Balboa Ferry to Balboa Island and the PCH. 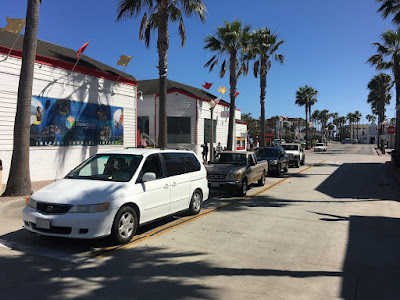 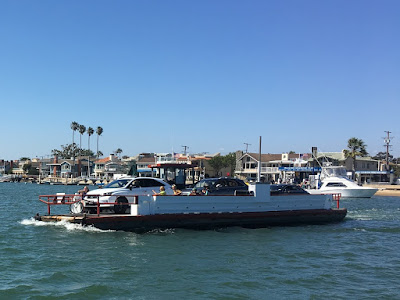 The actual ferries are tiny - only holding three cars. Much better, and no wait, if you're on a bike, or walking. 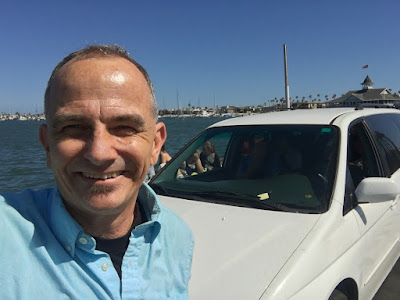 Once on the ferry, I popped outside to grab a selfie. I invited my kids to join me, but no takers. 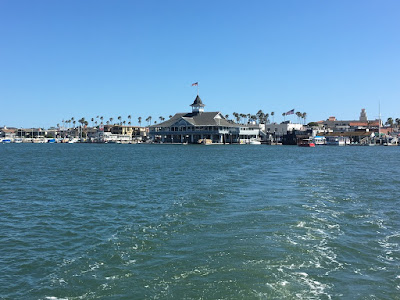 The historic 1906 Balboa Pavillion, oldest building in Newport Beach. It's about a five minute ride across the channel. 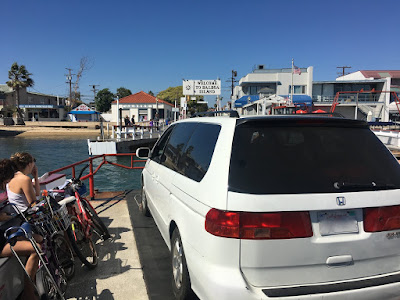 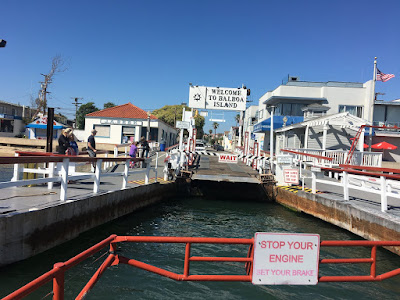 "Welcome to Balboa Island" - time to get back in the van and get ready. 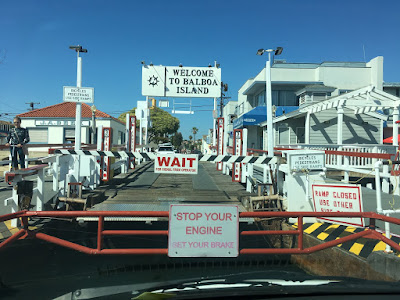 Balboa Island is one of several residential "islands" located in Newport Harbor. According to this wikipedia article, "approximately 3,000 residents live on just 0.2 square mile [island] giving it a population density of 17,621 person per square mile—higher than that of San Francisco. 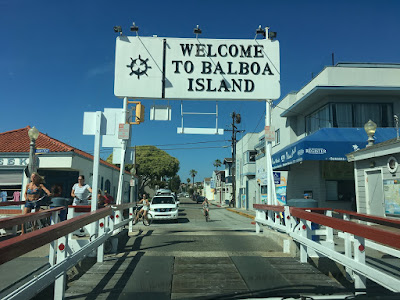 The other residential islands in Newport Harbor are all accessible by bridges. Balboa is unique in that in addition to a bridge, it's also accessible (from the Peninsula) via this Ferry. The safety gate was up; time to drive off. 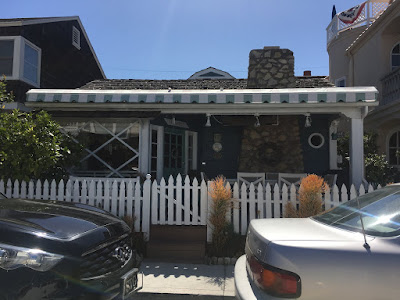 Back in 1990-1991, I shared this small house with a couple of UC Irvine students. I was working at UCI at the time, and they needed a roommate. Kind of fun, but after that year I moved to an apartment a block from campus. 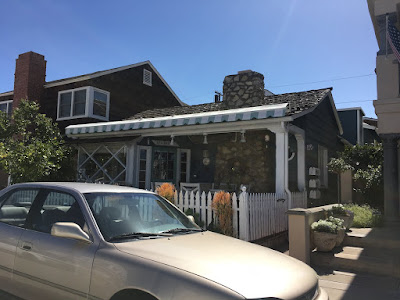 This small home is surrounded by two story houses. Back in 1990, rent was only $900 a month. That is, during the "school year." Once summer hit, rent jumped up to $1100 a week. It was a fairly good deal for students - or anyone connected to the university.

Wonder what summer rentals like this go for now? 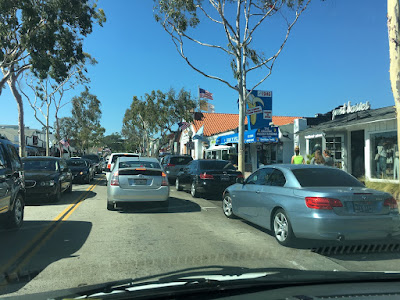 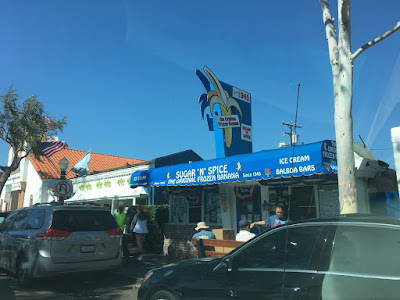 Sugar 'n Spice featuring frozen chocolate dipped bananas. It's been around since 1945, and is obviously playing on tradition and nostalgia (which isn't necessarily a bad thing). We drove out on the access bridge, and headed south on the Pacific Coast Highway to Marriott "Newport Coast Villas" 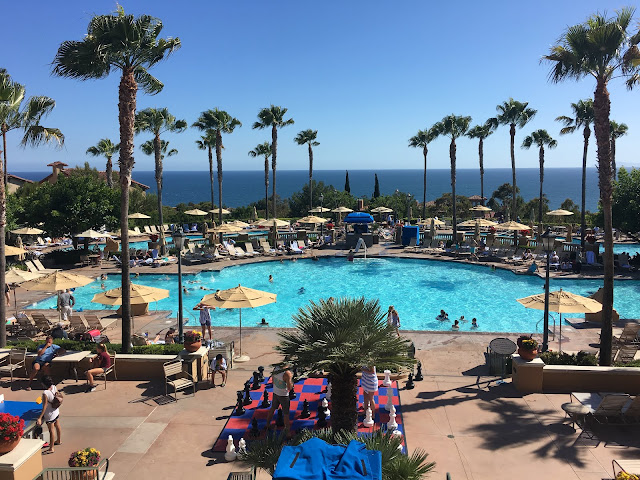 A few months earlier, we received a call from the Newport Coast Villas, asking if we'd like to come down for a time share presentation. For $100 a night, we could check out their property for three nights - see if this was for us. I know "time share presentations" get a bad rap, but at $100 a night, why not? This is the view from the lobby of the resort. Pretty stellar. 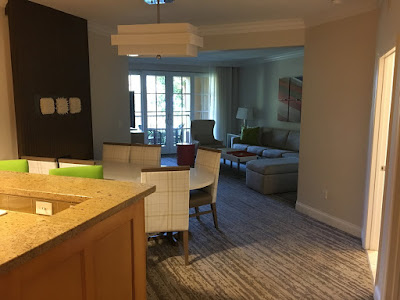 The Motel Six Hollywood we stayed at the previous night was "fine" --- but in comparison, the Newport Coast Villas felt like the Taj Mahal. 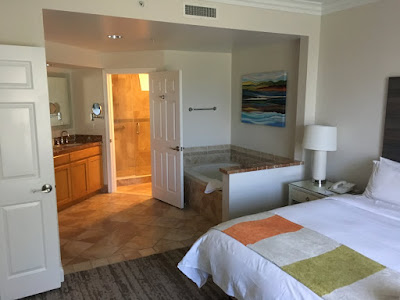 This was the master suite. There was a second bedroom for our kids.

"What? We get our own room? We don't have to sleep on the hide a bed?! This place is awesome!!" Yeah, my kids were stoked. 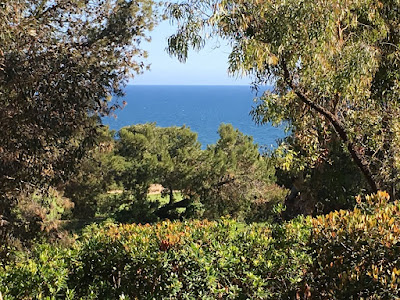 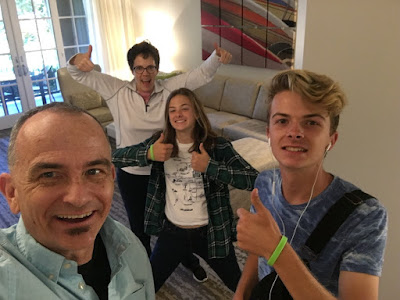 Thumbs up from the family. So far, so good. We were looking forward to our little Orange County get-away. 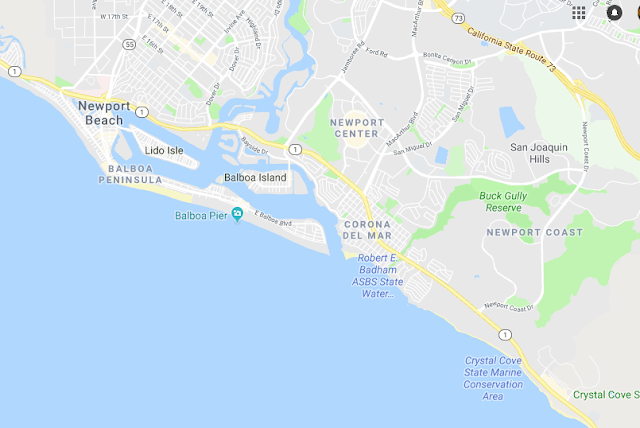