In March 2013, my family and I were in Los Angeles for a little three day get-away. Here's a link to what we saw and did - most of which was free. There were three "Hollywood" houses I wanted to see: the Brady Bunch House, the Spadena House, and the Greystone Mansion also located in Beverly Hills. Even though I grew up in Los Angeles, and then lived there five years with my wife and kids, I had never seen these three homes. 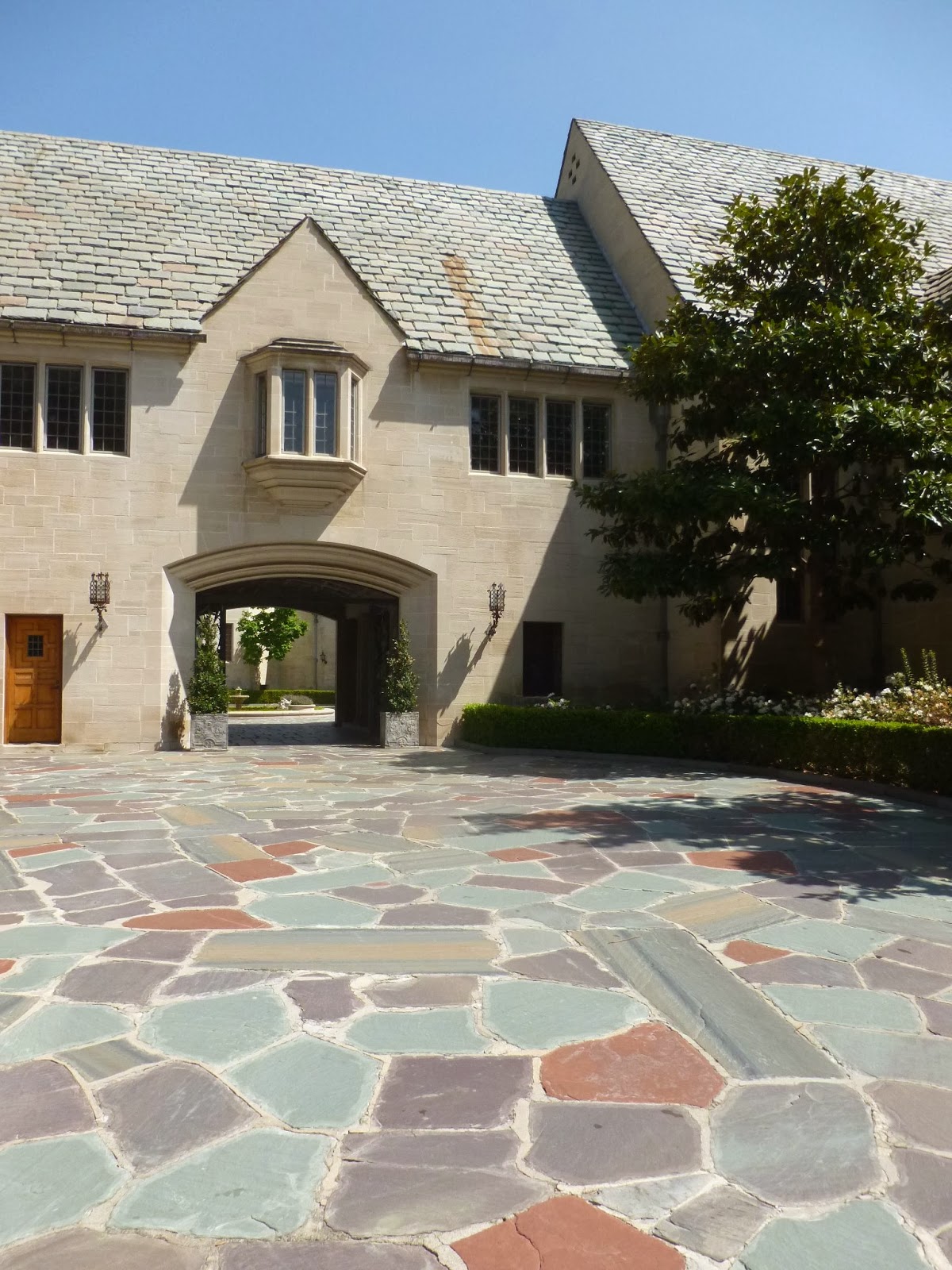 The mansion, also known at the Doheny Mansion, was completed in 1928, and was the former residence of Edward "Ned" Doheny, Jr., son of oil tycoon Edward L. Doheny. Walking in, my kids immediately recognized this home as the outdoor set for several old Mission Impossible episodes. 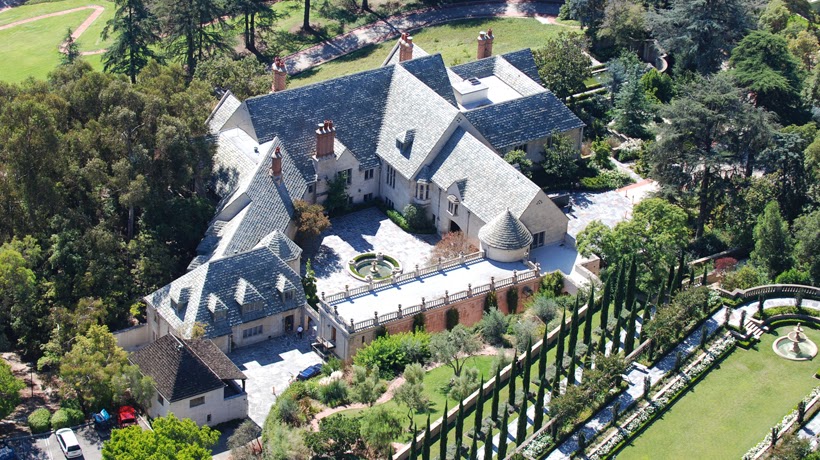 Here's an impressive ariel shot - taken from another website - that gives a better idea of the size of this building and it's surrounding property. 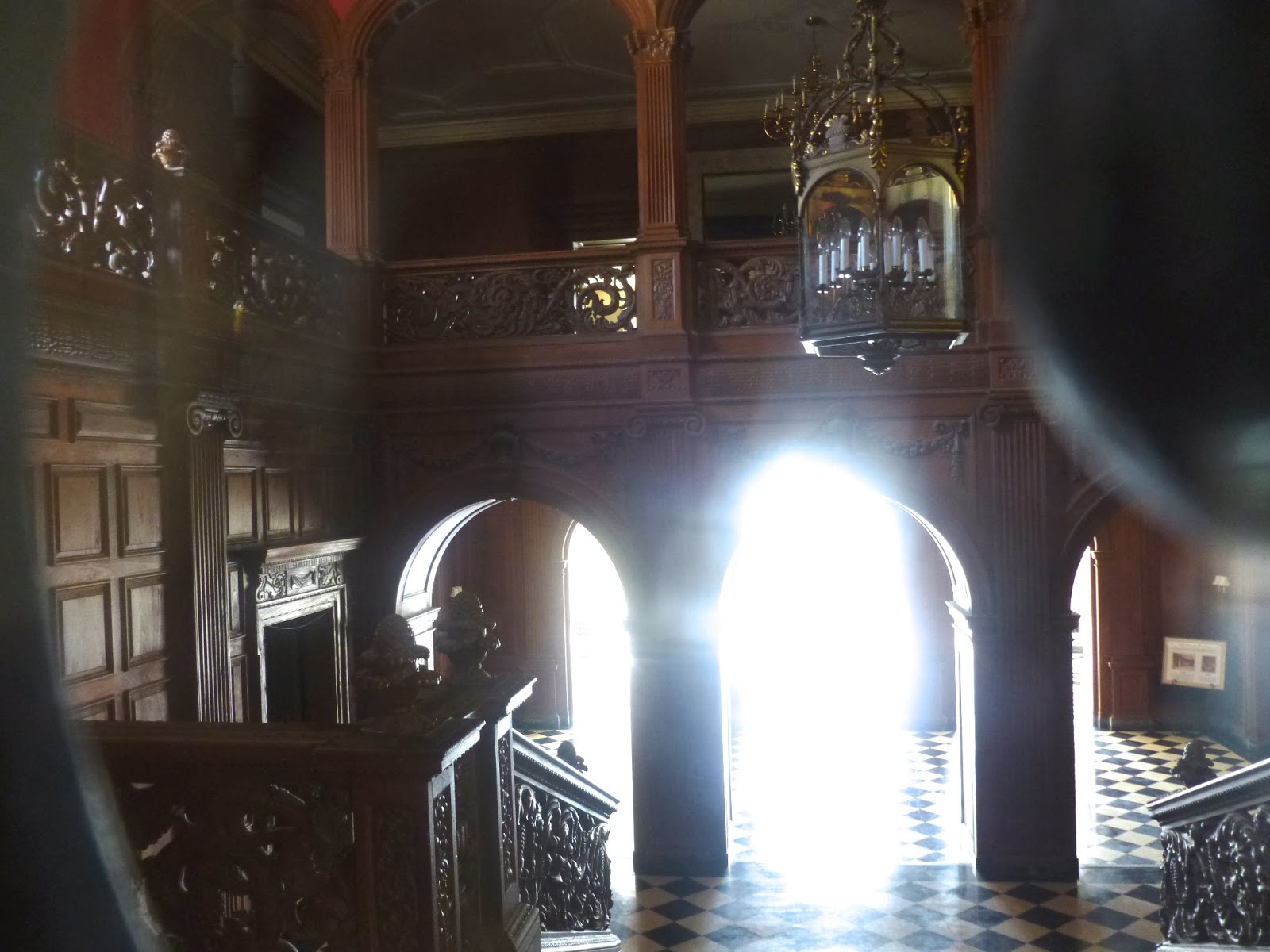 Over the years, the mansion has been featured in dozens of TV show and movies. In fact, while we were there, part of the  estate was being used for yet another photo shoot.

While the home is closed except for special events, the gardens and grounds are open to the public free of charge. Parking is also free. The estate was purchased by the City of Beverly Hills in 1965 as is technically a city park. If you've ever wanted to see a "Beverly Hills Mansion" up close, this is you're best bet.

A view from the grounds looking east towards the city of West Hollywood.

According the a wikipedia article, "on February 16, 1929, four months after Ned Doheny, his wife Lucy and their five children moved into Greystone, Ned died in his bedroom in a murder-suicide with his secretary, Hugh Plunket. The official story indicated Plunket murdered Ned either because of a "nervous disorder" or inflamed with anger over not receiving a raise." Massive house - yet a sad, tragic household.

A final view looking east. The tall buildings to the left are at the edge of West Hollywood. Barely visible in the distance are the office towers of downtown Los Angeles, located 10 miles due east. 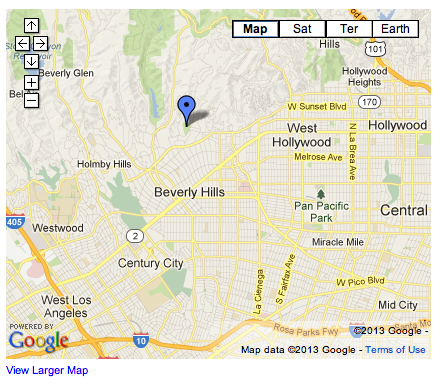 Hugh Plunket was Neds homosexual lover I worked for the city of Beverly Hills at Greystone for a while I was 18 I would set up tours. I got to know the older tour guides one is now a Hollywood historian which I am currently working on hopefully by next year I'll be there. Let me tell you this ... The truth is Ned's father ''EDWARD L DOHENY'' aka Daddy Warbucks Doheny' is the one who made all the money that built this mansion Ned was just his leaching ''son'' with a job title he made up to look important and like he actually worked however his dad sure did love him but that was about the only person he loved. All that dirty money was made in a very horrible way that includes murders, lies, deceit, and the shadiest business dealings you can imagine. Remember all the oil rigs in LA especially on La Brea well they were ALL Doheny's just like today's deadly Belmont tunnel all his too and the reason Belmont high school was taken down to be built again and again taken down was because all the damage and poisons his wells left behind making people very ill causing many to die of cancer in that area in the recent years a lingering reminder to of Doheny. He didn't even bother capping off or cleaning up his wells that were empty it would have been 5 dollars to do. No one ever speaks of it anymore. But hey he's got this cool mansion with a koi pond we can go kick it at ... thanks Mr Doheny! :/ Doheny was an abusive person who has been placed on a pedestal today but was despised at one time and for good reason. However through the years the family did a good job at cleaning it up and getting people to all together just forget about that man and his dealings. Thanks to social media though today it can be put right back out there. See this murder mystery is just the distraction they love to have people focus on so they don't hear about the real story of the Doheny millionaire he was a very cruel, evil businessman. Have you ever seen the movie ''THERE WILL B BLOOD''? Well it's all about him look it up. :)