Experiencing L.A. at the Aquarium of the Pacific, Long Beach (Part I)

This past weekend my wife, kids and I were back in Los Angeles - and had a chance to spend an afternoon at the Aquarium of the Pacific in Long Beach. 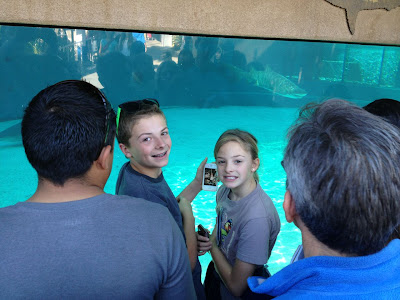 We took our kids here many times when we lived in L.A. (we actually had an annual pass one year). Fun to be back. 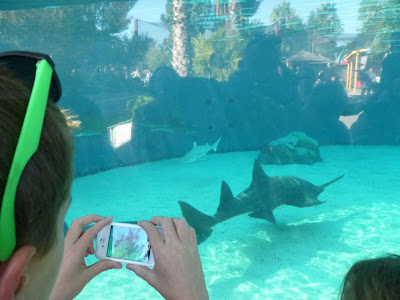 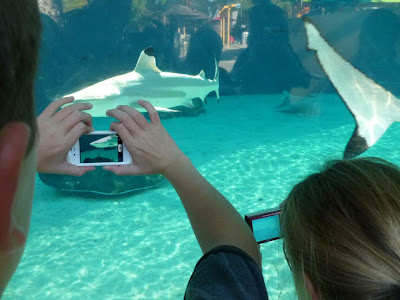 My son put one of the pics he took on his Facebook profile. 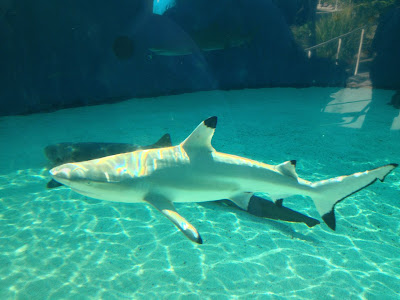 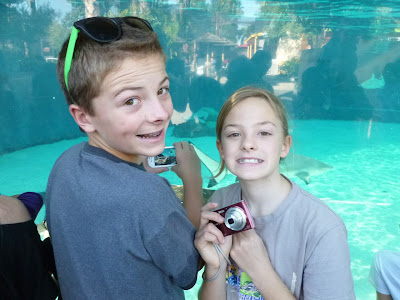 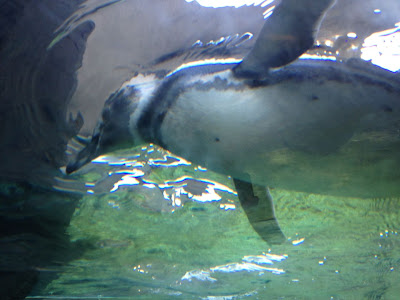 Penguin in the new penguins exhibit. There's a section where you can actually watch them swimming over your head - really fun. 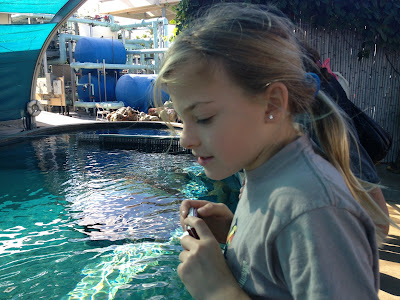 Love this photo of my daughter looking down into one of the tanks.

An aquarium is certainly not unique to Los Angeles. They're found all over the country. Really, all over the world. The Aquarium of the Pacific is focused on the undersea environments found in the Tropical Pacific, the Northern Pacific, and off the coast of California. But worth a visit if you're in Los Angeles. 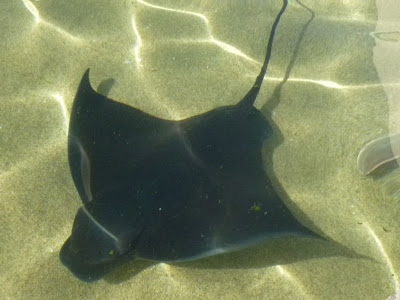 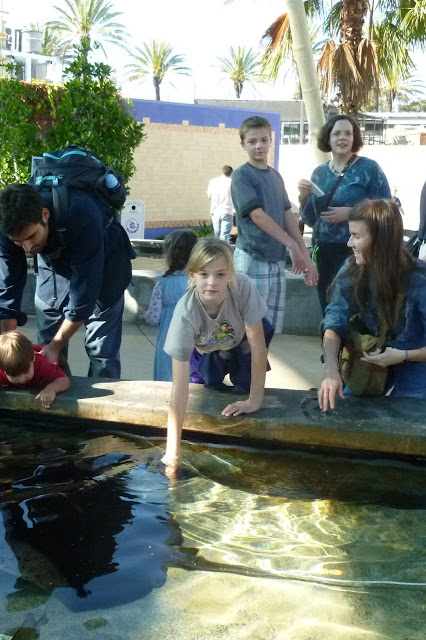 You can reach in and touch the rays. 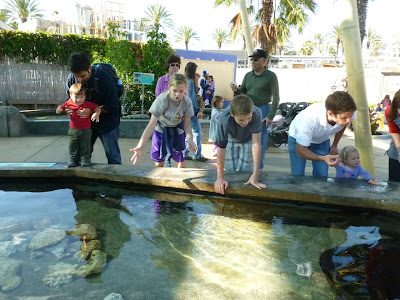 I didn't. Fortunately, my kids did. 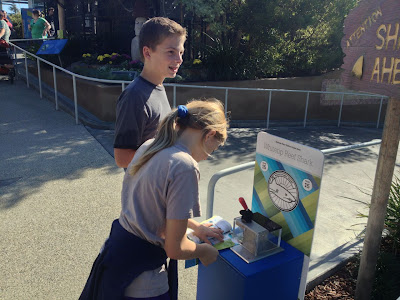 The aquarium has a bunch of little embossing stations where kids can can stamp their programs. Maybe it was nostalgia from previous visits, but fun to see that my kids were still into it. 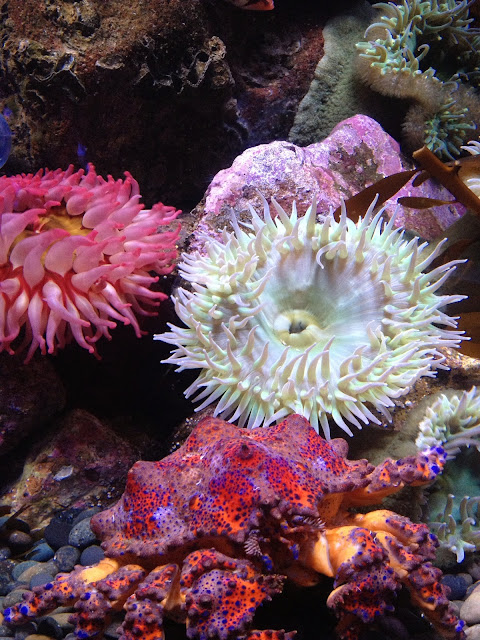 Love this photo my wife took. That's actually a very camoflauged crab at the bottom of the tank. Incredible. 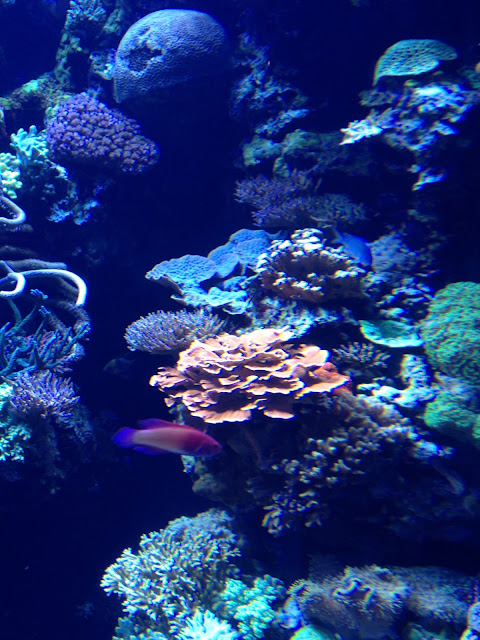 "There is the sea, vast and spacious, teeming with creatures beyond number - living things both large and small" wrote the Psalmist. As I've commented in previous posts, the creation points to The Creator. 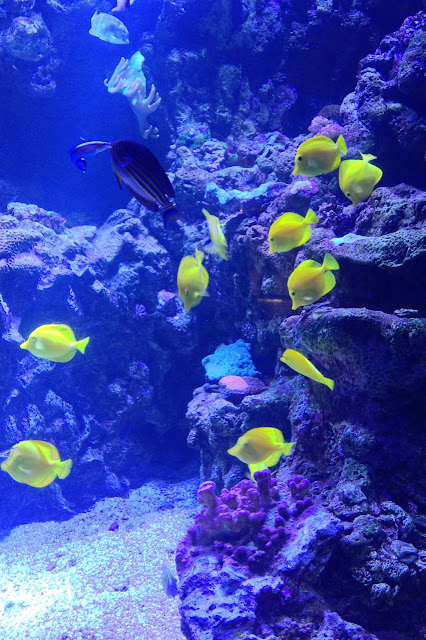 For most of human history, what existed below the surface of the oceans was known to God alone. While as early as 360 BC Aristotle mentioned the use of a diving bell, it's only within the last seventy years that technology like suba diving has even existed, opening up a whole new world to observe and explore.

My experience has been limited to some snorkeling, off the coast of California - as well as once or twice off the Florida Keys and on Hawaii. 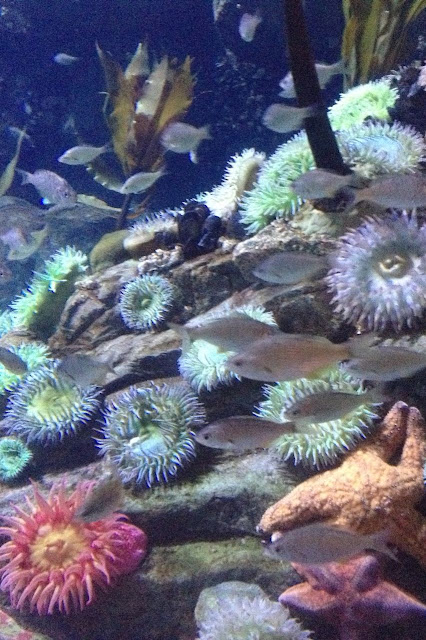 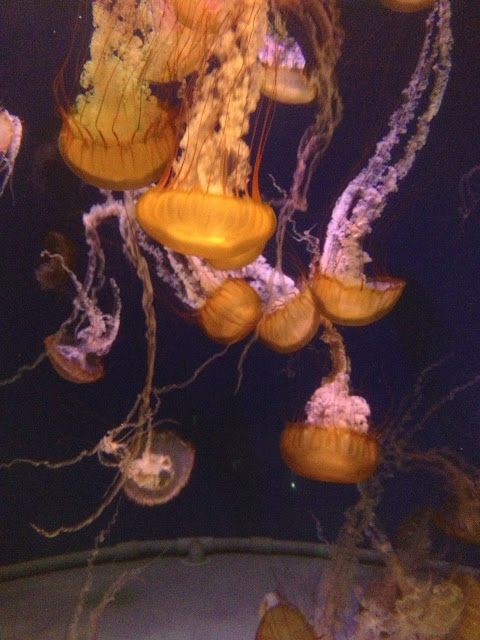 Jellyfish. According to the good people at wikipedia, "As jellyfish are not even vertebrates, let alone true fish, the usual word jellyfish is considered by some to be a misnomer, and American public aquariums have popularized use of the terms jellies or sea jellies instead."

As my only experience is getting stung once as a kid, I prefer to see them behind glass. 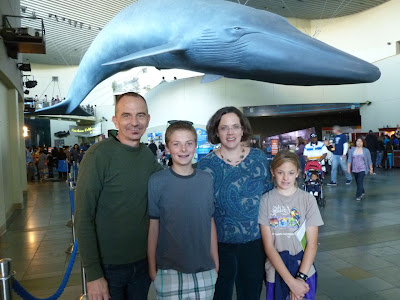 Famlly at the lobby with a massive lifesized model of a Blue Whale.

More in Part II next week.