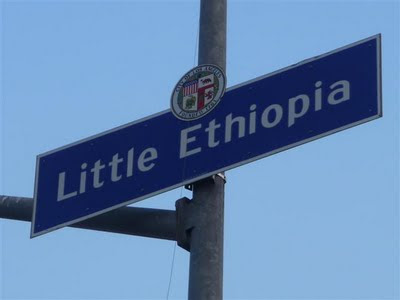 One of the more unique ethnic neighborhoods here in Los Angeles is Little Ethiopia. It's a small cluster of businesses and restaurants on Fairfax south of Wilshire Blvd, in between Olympic and Whitworth.

Little Ethiopia is just a few blocks south of Levitated Mass and the Wall Along Wilshire - public art at or next to LACMA, which I've just blogged about the past two weeks. 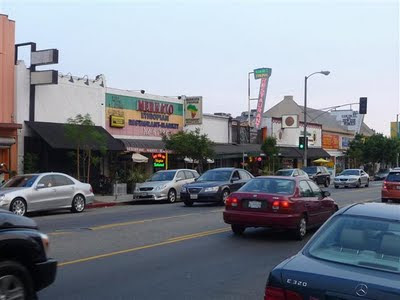 Like much of Los Angeles, Little Ethiopia is strip of low rise commercial development, surrounded by a neighborhood of older single family homes, and small apartment buildings. 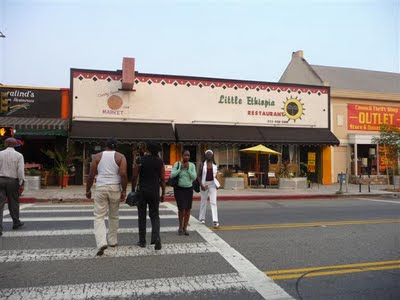 A friend from grad school who grew up in Ethiopia (his parents served as Christian missionaries there) introduced me to this area - and Ethiopian food - some twenty years ago. 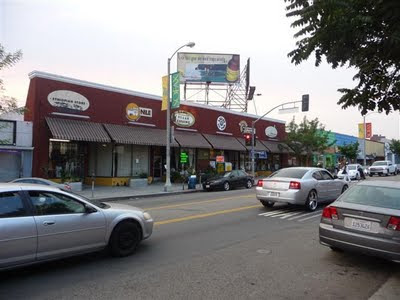 Little Ethiopia is actually a mixture of newer Ethiopian and older Jewish owned businesses. It's interesting to see Amharic (Ethiopian) script on one store next to Hebrew on the next. It's not so much a clash of cultures as simply existing side by side. 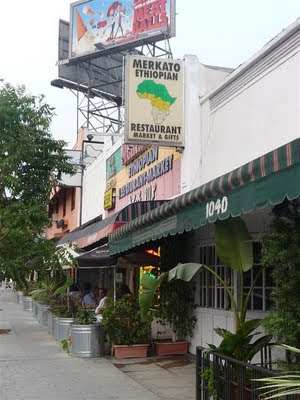 There are half a dozen Ethiopian restaurants up and down Fairfax. Take your pick. 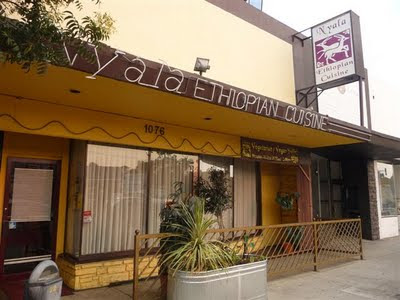 My wife and I ended up at Nyala Ethiopian Cuisine. We parked on the street, but they've also got free parking around back. 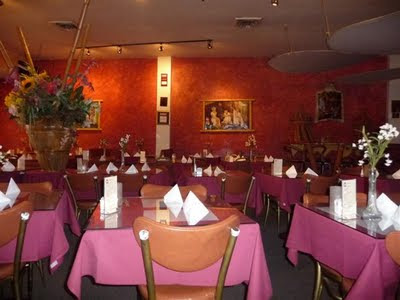 We got their just when it opened. Most restaurants in Los Angeles start really picking up between 7-8pm. 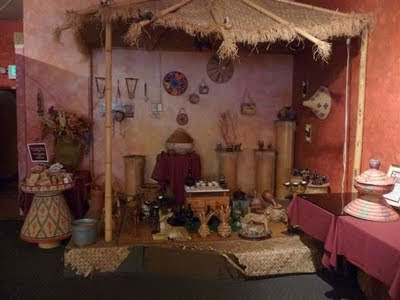 Nyala has a interesting display of traditional Ethiopian wares. I forgot to check and see if these were for sale, or just to add ambiance. Maybe both.


We'd been here once before with the kids. We like exposing our kids to different food and cultures, but they were not fans. Maybe just too young.

It was definitely more enjoyable for my wife and I to have a date without the kids. We ordered the vegetarian combo and meet combo. A little something of everything. 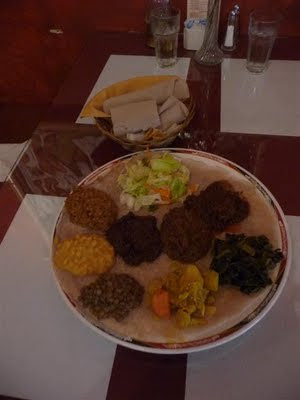 So what is Ethiopian food? It's spicy vegetable and meat dishes, usually in the form of a thick stew, called "wot," served atop a large spongy sourdough flatbread, called "injera." 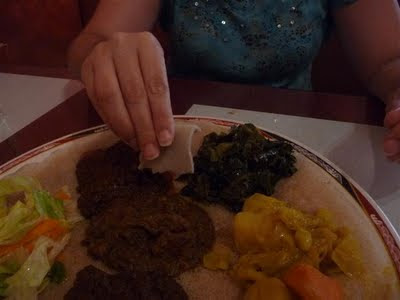 You don't use utensils, instead you just break off a small piece of injura, and then use it to grab some of the food. I'm not sure if Ethiopian food will ever gain the popularity of something like pizza (which was at one time considered "ethnic"), but we found unique and very delicious.

There are times when I'm rushed, communication is too difficult, or I'm just lazy. The New Testament reminds me that Philip, one of the early followers of Christ, wasn't deterred by interacting with a someone from another culture - and a the destiny of an entire country was changed (Acts 8:26-40).

I like to think that Christians of all people should be the most welcoming to men and women from other cultures. Sadly, that's often not the case. 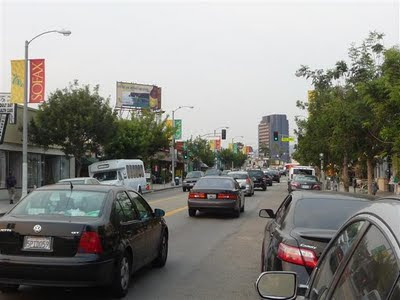 A final look north up Fairfax towards Wilshire Blvd.