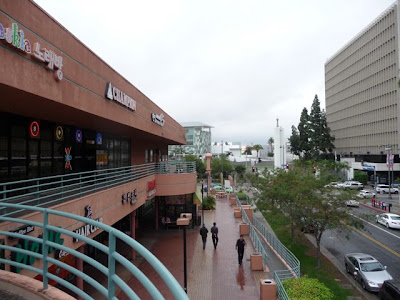 In November 2010, I was back in Los Angeles and took an hour or so to walk around Koreatown. Here's the links to Part I, Part II and Part III of this series.

Standing on the second story of shopping center that now occupies what was once the Brown Derby Restaurant, I looked south across Wilshire Blvd. towards the other major change of the neighborhood ... 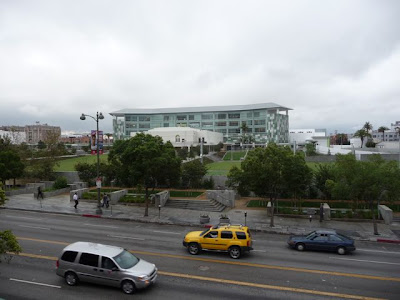 The Robert F. Kennedy School, occupying the former site of The Ambassador Hotel.

The school is actually a K-12 complex, so it's several schools on the same site. Built at a cost of $573 million dollars, it has the distinction of being the most expensive school in the country. The school serves 4200 students - giving it an "only in L.A." construction cost is $130,000 per pupil. I'll leave the commentary on the cost for others. Here's a link to the schools' site. 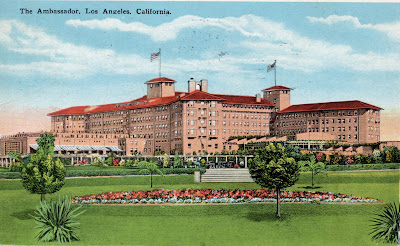 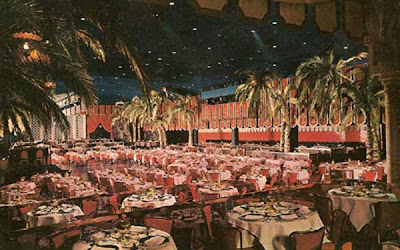 Bing Crosby, Barbara Steeisand, Frank Sinatra, Sammy Davis Jr, Diana Ross, Louis Armstrong, Nate King Cole, Julie Andrews - the list goes on - all played at Coconut Grove. It was also the site of both the 1930 and the 1940 Academy Award ceremonies. 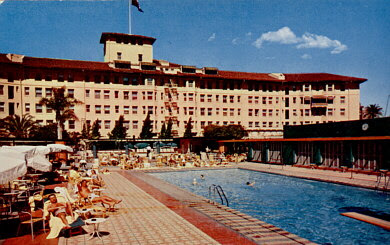 The Ambassador Hotel's guest list was a virtual "who's who" of 20th century Hollywood Celebrities, U.S. Presidents and foreign dignitaries. Here's a link to an amazing site about the hotel and it's history.

Tragedy struck in June 1968 when presidential candidate Robert F. Kennedy was shot after finishing a speech there, dying the next day. 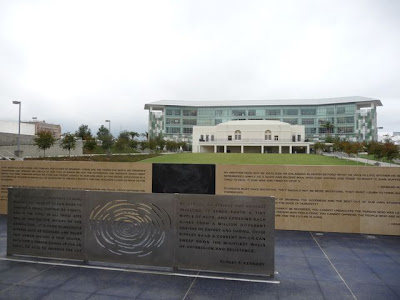 Today along Wilshire, there is a memorial to Senator Kennedy and the school complex is named in his honor. You'll also notice that the building's exterior is modeled after the shape of the original building. 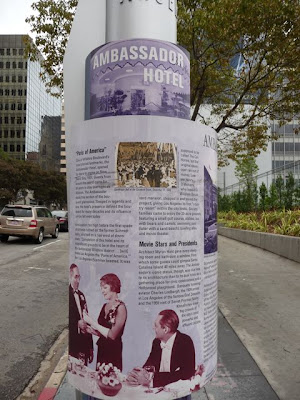 Like other places in Los Angeles, an informational kiosk gives the history of area and the hotel. 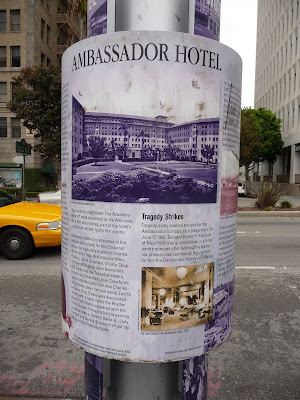 The assignation of Senator Kennedy coincided with a general decline in the neighborhood in the 1970's, forcing the hotel to eventually close in 1989. The influence of Koreatown is certainly turning around the entire neighborhood, but The Ambassador is consigned to the pages of history.

Found another amazing photo of the area from the 19050's. The Ambassador Hotel would be to the left, the Brown Derby is down the street on the right. 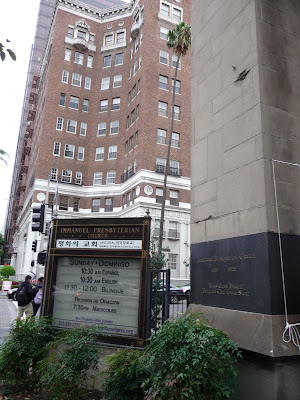 Continuing along Wilshire, I noticed yet another historic church, Immanuel Presbyterian, with a strong Korean presence. In fitting with the neighborhood, the church has services in Korean, English, and Spanish. 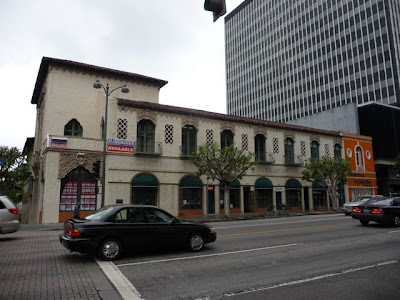 Across the street at the corner of Wilshire & Berendo: a historic Spanish (or is it Moroccean?) style commercial building next to a 1970's style office building. This photo seems so typical of much of Los Angeles. 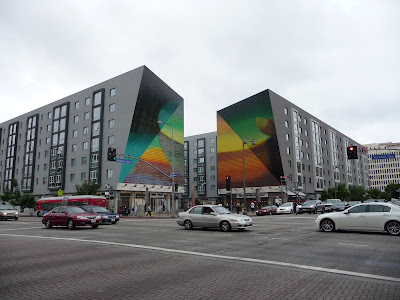 I was at the half way point of my walk. Hollywood was to the north, but I was headed south, and then west, back to where I started. 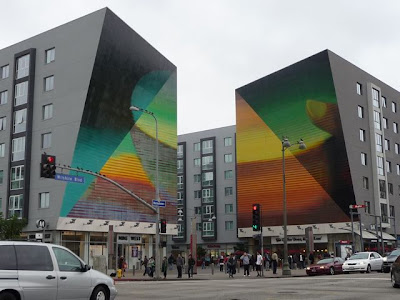 Here's a close up shot of the apartment complex, subway entrance, and mural. Rent in this complex are not cheap ($1500 for a 496 square foot studio) and I would definitely recommend reading the "Yelp" reviews.

More on a walk through Koreatown on my fifth and final post next week.