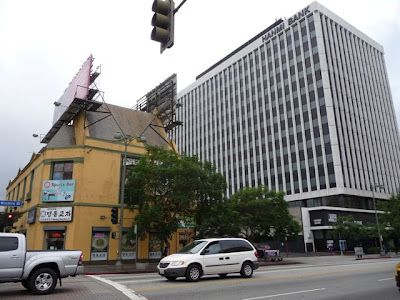 I was back in Los Angeles for a few days in November 2010 and spent an hour or so walking around and exploring Los Angeles' expansive Koreatown district. Here are links to Parts I and Part II.
Since the 1970's, Koreatown has grown from just a smattering of shops and businesses in the along Olympic and Western - to large bank and financial institutions along Wilshire Blvd.
Above, the Hanmi Bank Building at Wilshire and Harvard Blvds. 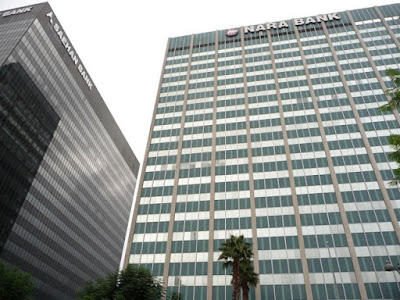 I'm honestly not sure if Hamni, Nara, and Saehan banks are the owners or the major tenants of these buildings. Either way, this represents a major shift from the small struggling ethnic neighborhoods of a previous era to the economic engine that is today's Koreatown. 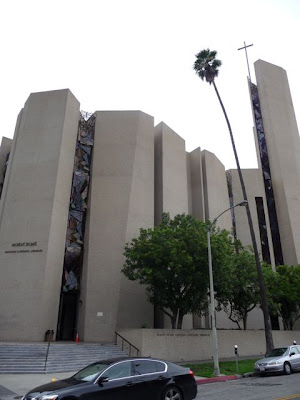 Wilshire Blvd. has been home to a variety of historic churches and synagogues. Koreatown is no exception. Above is the St. Basil's Catholic Church. 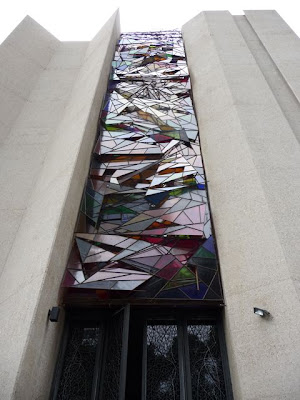 While most houses of worship along Wilshire are very traditional in terms of architecture, St. Basil's - completed in 1969 - is certainly an exception. 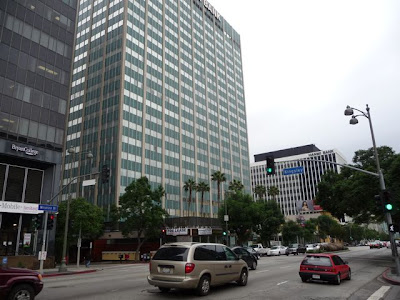 Typical street shot along Wilshire in the Koreatown neighborhood. Underneath it all is the Purple Line subway line, terminating at Wilshire and Western.
This is Wilshire and Kingsbury, looking west. 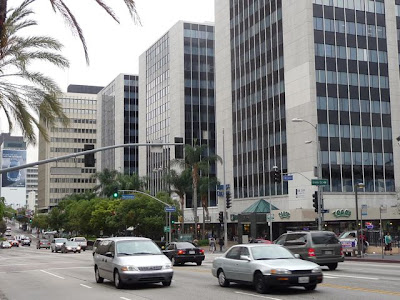 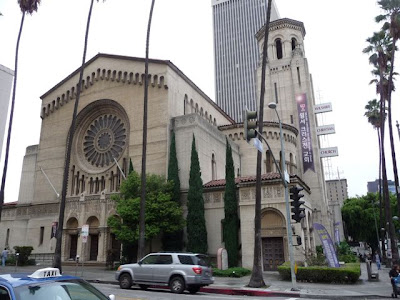 One of Wilshire Blvd's historic churches. This is the The Wilshire Boulevard Christian (Disciples of Christ) Church, located at Wilshire and Normandie - and built in 1927. 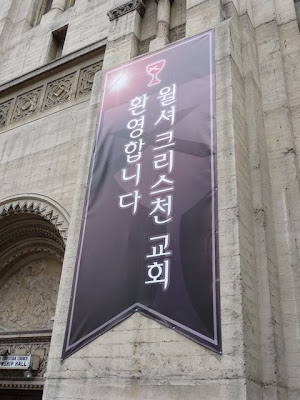 What caught my eye was the large banner in Korean outside of the church.
An incredible 70%-80% of Korean-Americans identify themselves as Christians.
With the exception of the St. Basil's down the street, every other church I saw in Koreatown is either a Korean congregation, or - like the Disciples of Christ Church above - has a service in Korean. 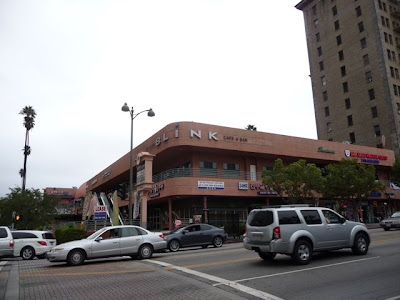 Two blocks down, at the corner of Wilshire and Alexandria, was the location of what was, at the time, most famous restaurant in the world.
Any guesses? 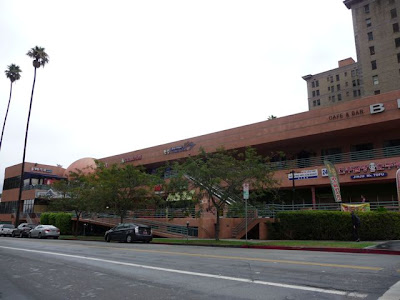 A couple of hints:
1) the color of the brick is part of the name of the restaurant, and
2) a remnant of it's distinctive, whimsical architecture is to the left of the photo above.
Give up? 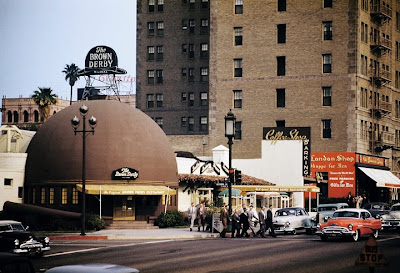 
The original was located here on Wilshire, the second - famous for it's connection with the Hollywood set - at Hollywood and Vine in Hollywood, the third in Beverly Hills, and the fourth in Los Felix. Here's a link to the wikipedia article. 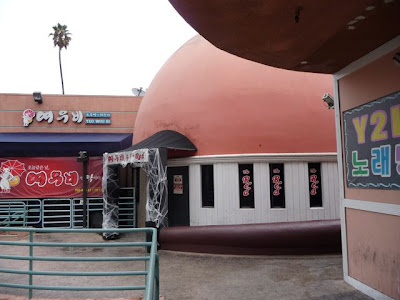 The distinctive Brown Derby from the original building was preserved and incorporated into part of the building. I'm not sure how it looked when the building first opened in 1980, but today it's part of what looks like a Korean restaurant/nightclub. 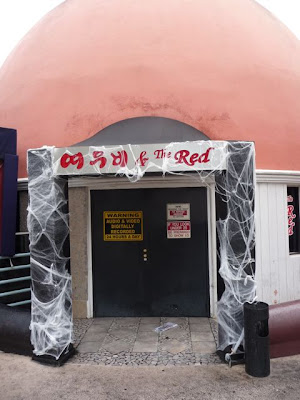 The spiderwebs out front were for Halloween - I'm assuming not there the rest of the year.
Kind of sad that what at one time was the most famous restaurant in the world has come to this. Here's the backside.
For better or worse, there's a replica of the Wilshire Blvd. Brown Derby at Universal Studios, Florida. A replica of the Hollywood Brown Derby is at the Disney Studios Theme Park in Walt Disney World.
More on Koreatown in the next post.
View Koreantown Los Angeles (Part 3) in a larger map
© 2012 www.ExperiencingLA.com
Posted by David from L.A. at Saturday, February 18, 2012