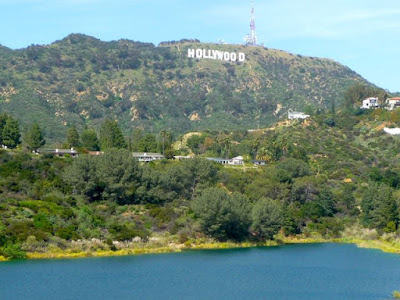 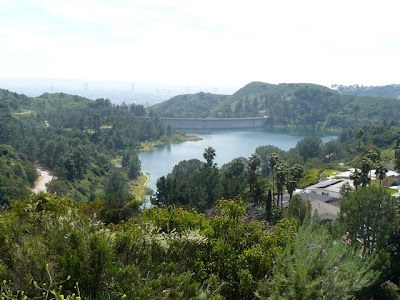 I've lived in Los Angeles off and on for almost 30 years - and yet until this past Spring had never been to Lake Hollywood. 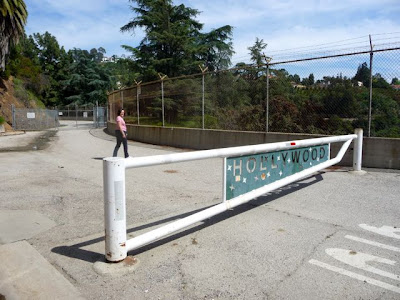 My wife and I were back in Los Angeles this past Spring - and had a free afternoon. Decided to see what it was all about. 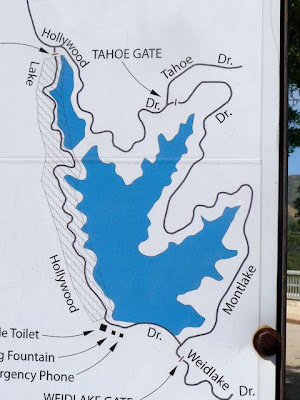 We parked on Tahoe Drive and then walked south along Montlake Drive, which is blocked off to vehicular traffic. 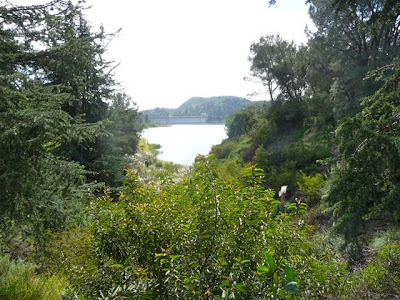 It was about a mile to the actual dam. For all you "non-hikers" out there, it was an easy, pleasant walk. 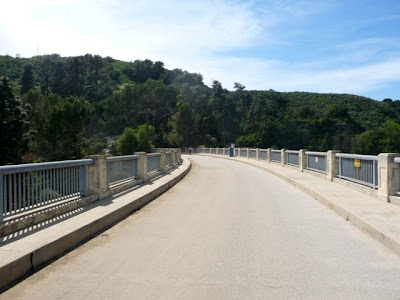 The dam is very accessible, with great views of both the city to the south, and Lake Hollywood itself. 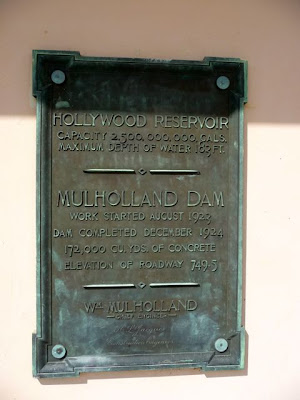 The dam was built by William Mulholland, for whom it's named, and was completed in 1924. 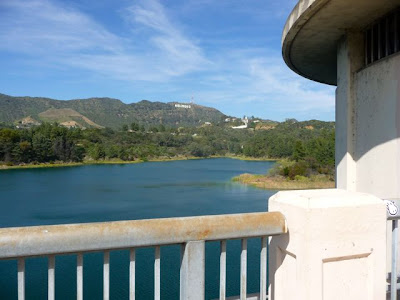 A view from Mulholland Dam, looking north across the reservoir with the Hollywood Sign in the distance. At one time, the Hollywood Reservoir supplied Los Angeles with most of it's drinking water. 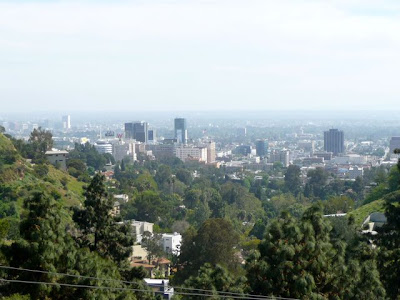 To the south, the Hollywood skyline. 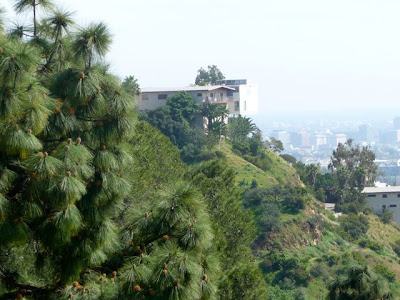 And homes clinging to the hillsides. No yard, but killer views. 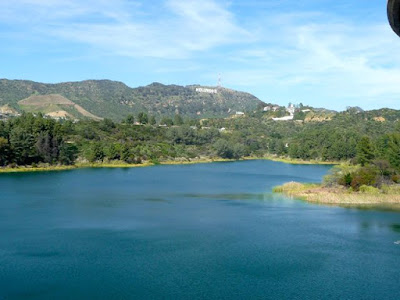 Turning around - for another view of Lake Hollywood and the Hollywood Sign. 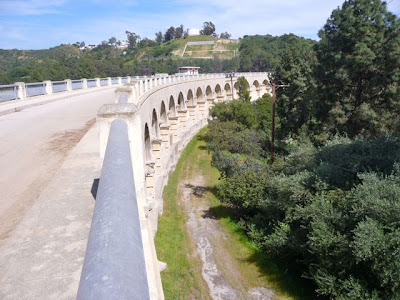 In the late 1920's, the city built up the area underneath the dam, with massive trees now shielding the dam from view. I suppose that's why no one knows it's even here. 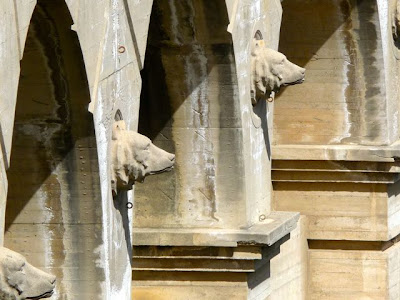 Love the California Bear built into the architecture. As a UCLA alumni, I think it's a great choice! 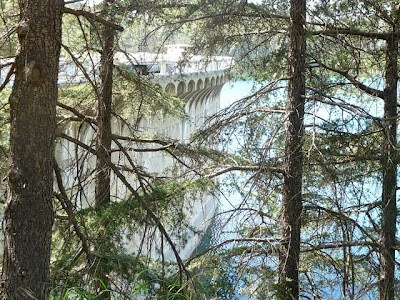 Another of the dam - barely visible through the trees. 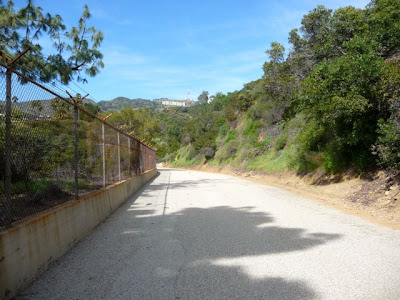 The reservoir is part of Los Angeles' drinking water, so - for better or worse - it is NOT accessible to the public. There's a large fence around it, which obviously detracted from a "scenic hike." It was still a nice walk, especially in such an urban area. 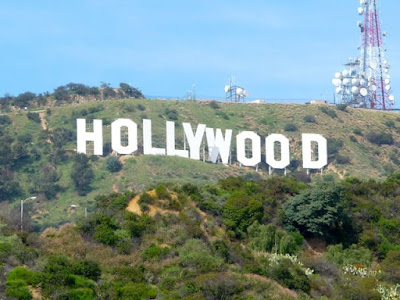 Close up of the Hollywood Sign. More on that in a future blogpost. 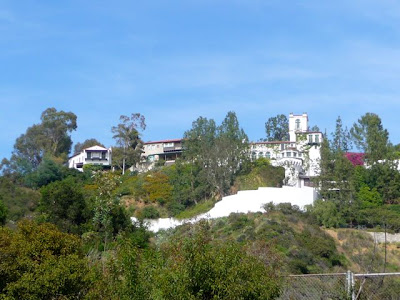 Apparently, this is the former home of popstar Madonna. Yes, celebrities do live in the Hollywood Hills. 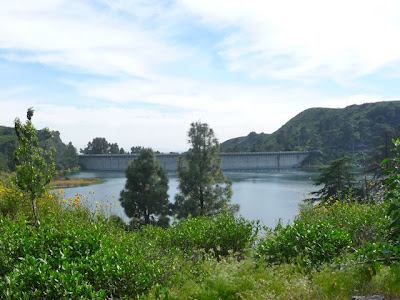 A final view before heading to our car.


View Untitled in a larger map

Great experience. I'll have to come back (to the blog, not the lake) and try and include something profound.

Great pictures, many thanks for posting.

. . . uh, that is NOT Madonna's home anymore, and has NOT been for a long time. The celebrity that bought it sometime after her was: actress: Jenna Elfman - formerly of the TV show: "Dharma & Greg", and you'd know that if you would have previously done your research right and proper - BEFORE you just started and began typing that not valid info, OR would UPDATE it, after the fact, thus, people out there do just the like, exhibiting themselves as *&^%$#@. Geez, unbelieveable! Whew. Uh, well, hello . . . ya think. I should know, because I've walked the 'grounds' before in the past, even was freely just given the (rolled up lay out blue print plans), back in the day, going down, wearing a suit, to the proper office, told them I was there to pick them up, and bam, huh, go figure.

thanks for the information, Jeffrey - just made the correction to "former" home of Madonna ... D

Those California Bears look a lot like dogs to me ….

Thanks for the lovely pictures. You've inspired me to go see the reservoir.