Not Ashamed: Benetton in Santa Monica A couple of years ago my wife and I were walking by the Benetton store on the Third Street Promenade - a three block outdoor public shopping area in Santa Monica. 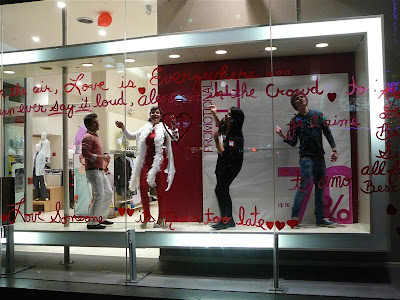 Music was blasting from inside the store ... 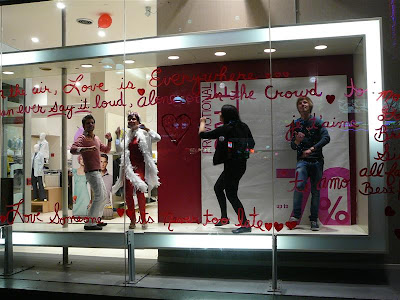 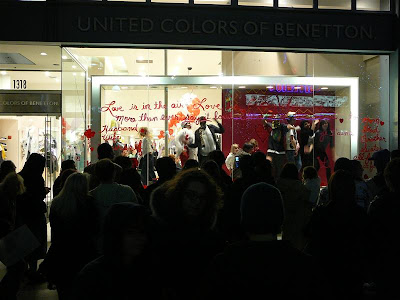 My wife commented that no one was in their store; everyone was outside watching the show!

They eventually got some younger kids to dance along with them, which only increased the size of the crowd out front. 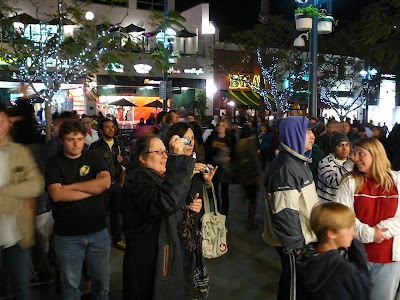 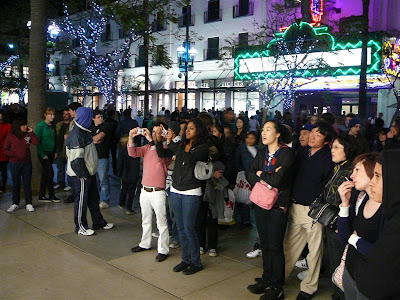 Benetton (based in Milan) is certainly not unique to Los Angeles - they have stores are all over the world, including several in the media capital that is L.A.

Two thousand years ago, St. Paul - the most influential leader in the first century church - wrote to a group of new Christians in the capital city of the Roman Empire:

I am not ashamed of the gospel, because it is the power of God for salvation of everyone who believes: first for the Jew, then for the Gentile." (Romans 1:20) 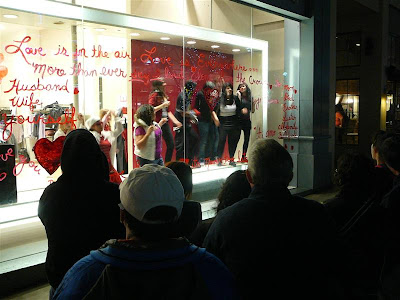 "I am not ashamed." The folks dancing in the window certainly were not ashamed. (Of course, some would argue that it helps working for a retail chain that spends hundreds of millions of dollars every year in advertising and perfecting it's image.)
"I am not ashamed." A local pastor once said, "when some Christians talk about their faith, they should use breath mints: the gospel is offensive enough. They don't need to add to it."

Over the years, I'm sure I've needlessly added to the what Paul called the "offense" of the gospel. Chalk it up to the stupidity of youth (or just stupidity). 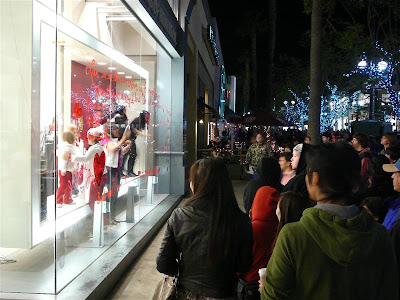 The great thing about living on the westside of Los Angeles - where many people consider themselves "spiritual, but not religious" - is that it causes me to constantly go back to what I believe, not to take my faith for granted.

Or am I?
I appreciate the folks over at Benetton and the reminder - in a very indirect way - that it's the very last thing I should be. 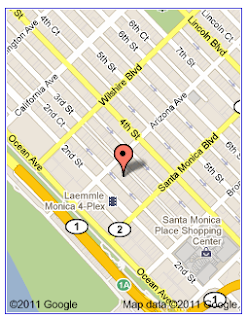