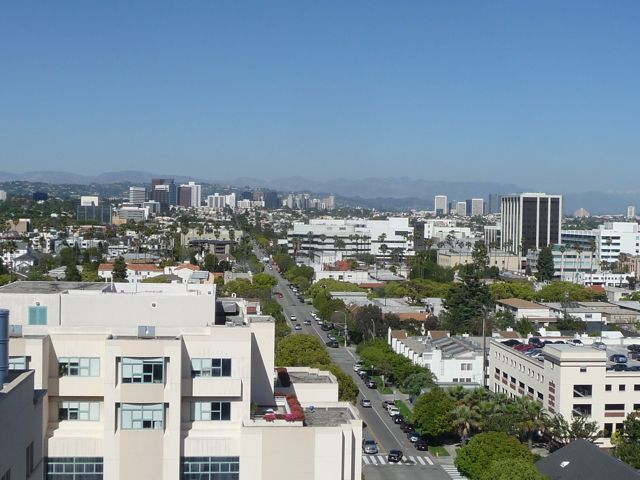 This past April I had a doctor's appointment at the Santa Monica Medical Plaza, at 15th & Arizona. I expected a routine visit.


What I didn't expect was the view.

Wow, nice. Glad I had my camera.

This is looking northeast towards the Los Angeles communities of Brentwood and Westwood. 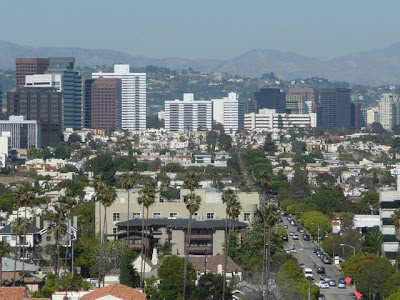 A close up of the same location. On the left is Brentwood, and on the right, Westwood. The hills in the distance are part of Beverly Hills and Hollywood - and in the far distance are the much larger San Gabriel Mountains. 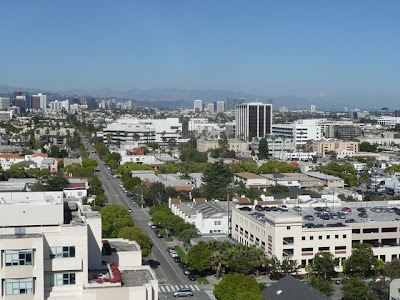 Barely visible in the distance are the snow capped mountains, to the right.

As an aside, later this same month (last April) my wife and kids and I were at a conference in the local mountains, which had just received six inches of snow. We stopped at the beach on the way up and were in the snow about two hours later. Our kids were able to play in the surf and two hours later play in the snow. 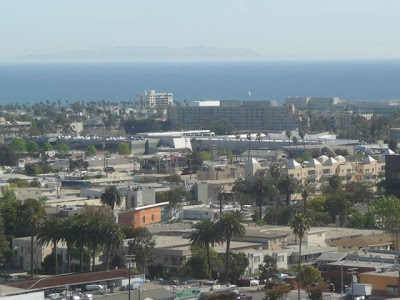 From the same office tower, this is looking south toward the Pacific Ocean, with the western edge of Catalina Island - about 40 miles away - visible in the distance. 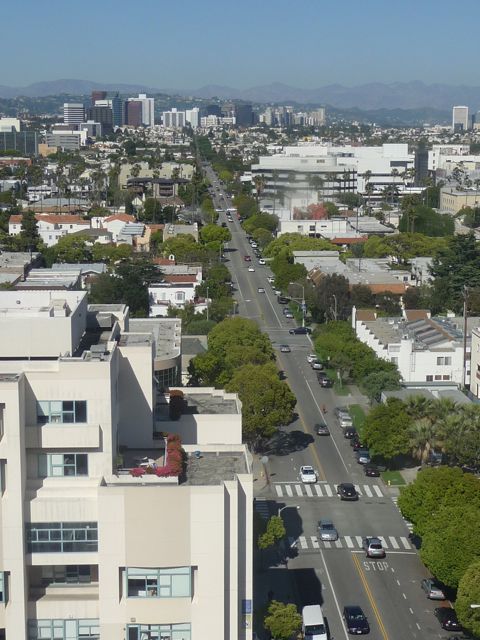 Turned out the doctor wasn't in that day - I had to reschedule. I had a few minutes, so I took the elevator up to the top floor for (in my opinion) an even better view. This is looking up Arizona Avenue, which runs between Wilshire and Santa Monica Blvds through Santa Monica into West Los Angeles. 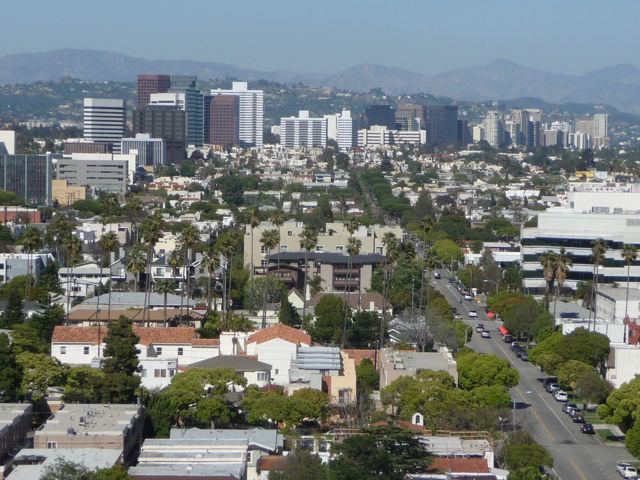 Another close up looking the same direction. On the right side of the photo, just above the last tall building, you can see the Hollywood sign. Click on any of these photos if you'd like a larger image. 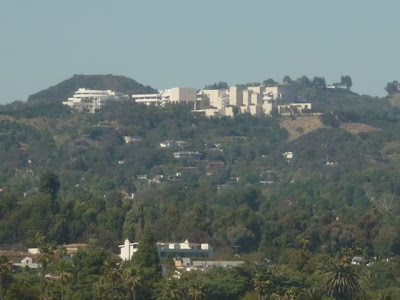 I walked around the building a bit for some different views. Looking north towards Brentwood is the massive Getty Center. 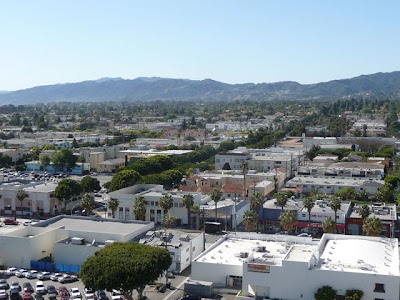 Looking northwest towards the community of Pacific Palisades with the Santa Monica Mountains and Topanga State Park in the distance. 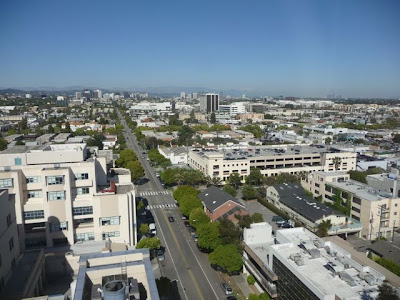 Here's a final wide angle shot. Towards the right are the office towers of downtown Los Angeles, about 15 miles away. 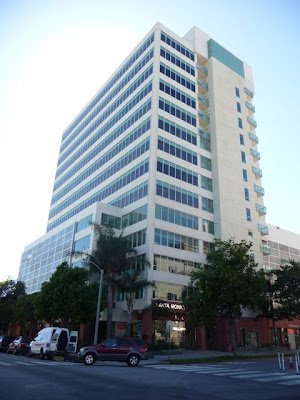 The Santa Monica Medical Plaza is only about 10 or 12 stories tall - but it's a great location if you'd like a view of Santa Monica, the Pacific Ocean, and metro Los Angeles.