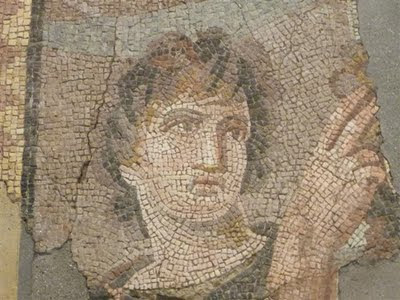 One of my personal favorites at the Getty Villa is the tile mosaics. I honestly forgot to write down (or photograph) the information of where these are from, or how old they are. Based on everything else in the museum, my guess would be that they're at least eighteen hundred years old.

I find the ability to make such lifelike images from pieces of colored tiles amazing. 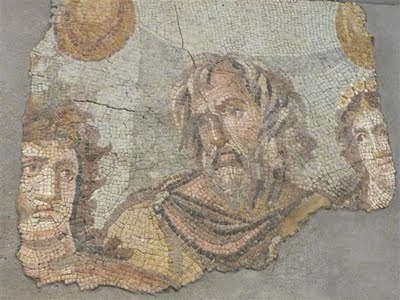 While I'm impressed with marble statutes, the color mosaics remind me that the men and women of ancient Rome were real people, with real lives, real problems. This was the world in which the Christian church grew and developed. 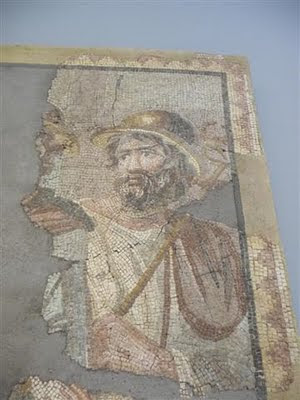 Who were these men and women? What were their lives like? What were there religious beliefs like? Did Christianity have an influence in their city or village, among anyone they knew, or in their own lives?

More on the gardens and the museum itself in the next post.