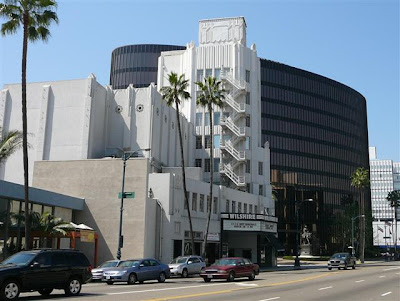 This past Spring our kids participated in a homeschool drama class at the "Dolly Saken School of the Arts" located above the Wilshire Theater, on Wilshire Blvd. in Beverly Hills.

The Dolly Saken School is run by a Los Angeles based Jewish organization that has a strong interest in drama, music, and the arts. They offer a wide variety of classes, including a drama program for homeschool families - that's why we got involved. 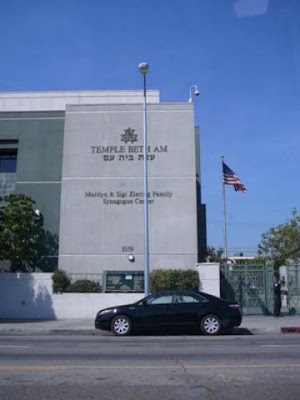 After a couple months of practice, the kids were finally ready for the show: a rendition of James and the Giant Peach. My wife had been to the school every week, but the first time I drove over to the school was the day of the show.

I was reminded of the very strong Jewish community in and around Beverly Hills on my way there. Los Angeles has the world's largest Jewish community outside of New York City. This is one of several synagogues or Jewish schools I saw driving up from the Santa Monica Frwy along La Cienega Blvd.

I had asked my wife "do Jews know anything about acting?" I was kidding, of course. The Jewish community has a huge influence in Hollywood and the entertainment industry. 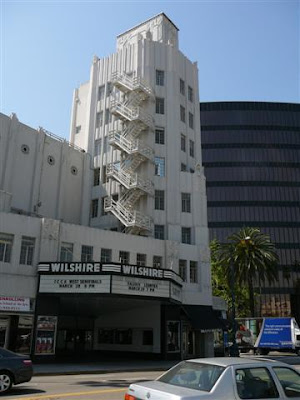 The school is located on the 2nd floor of the Wilshire Theater, just west of San Vincente in Beverly Hills. During the day of the performance I had some time to walk around and explore the neighborhood around the school. 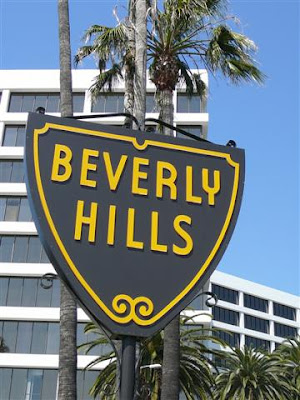 Beverly Hills is small urban (and very wealthy) city located about halfway between downtown Los Angeles and the Pacific Ocean. It borders the city of Los Angeles on three sides. I remember how a friend from out of town was surprised how Beverly Hills just butts up against the rest of the city. 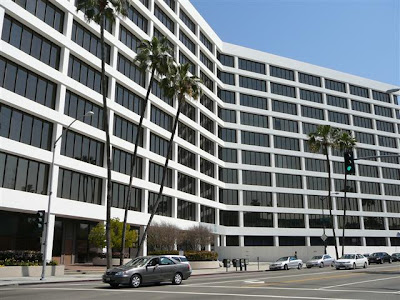 Down the street from the Wilshire Theater: I had a summer job in this building back in the summer of 1983 when I was a student at UCLA. Very basic - just office help. I think I made a whopping 4 bucks an hour (which was a pretty lousy wage even back then). But the building, located down the street from the Wilshire Theater on the corners of Wilshire, San Vincente, and La Cienega Blvds, has some amazing views, at least from the roof. 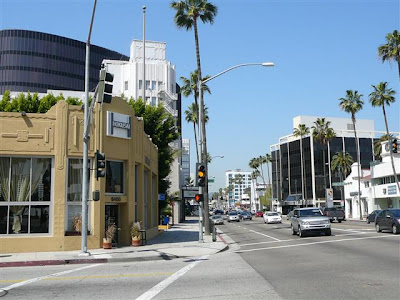 This is looking west into Beverly Hills along Wishire, about a block from the Wilshire Theater - you can see the white top to the building. Despite numerous movies and TV shows, Beverly Hills is a real city - with real homes, businesses and offices. It also has a huge Persian (Iranian) community - subject for another blog. 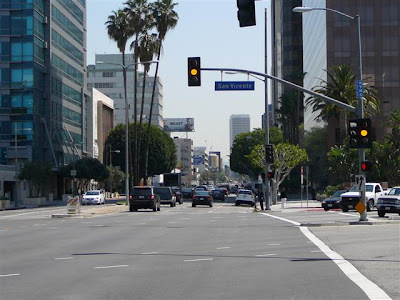 From the same stop on Wilshire, looking east across San Vincente Blvd into Los Angeles. Los Angeles city limits start up again once you cross the San Vincente. 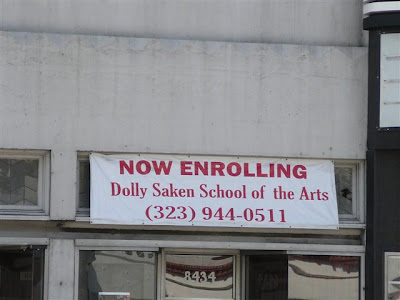 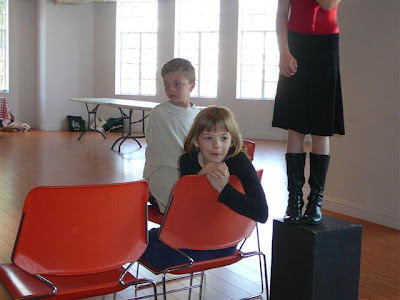 The school was very basic. Just a large open room for drama, dance, and music. What attracted us was being part of a program with other homeschool families. All the kids were able to design much of the program - which we liked. Our kids worked for weeks on their lines. We also appreciated that James and the Giant Peach didn't have any questionable material for a kids' show. 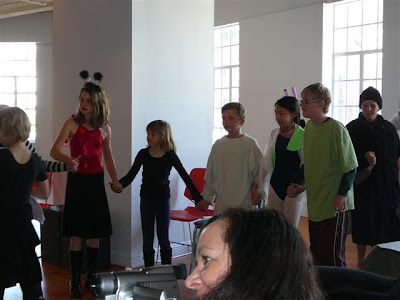 The homeschool kids were from a variety of backgrounds. Dolly Saken School attracts numerous Jewish families who homeschool, as well secular (non-religious) families. Our family may have been the only Christian (actively Christian) family there. 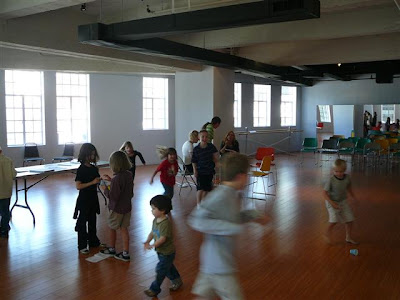 Just kids in the program and their siblings running around afterwards. We'd consider participating in a Dolly Saken program again. 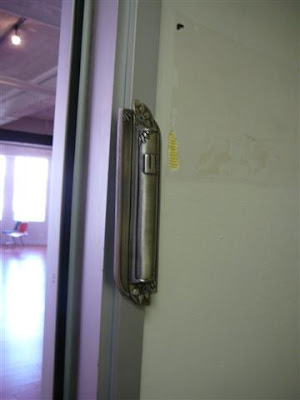 A Mezuzah on the entrance to the Dolly Saken School. It's often found on Jewish homes and places of business, and is based on the commandments found in Deuteronomy 6:9. It contains small portions from the Jewish Scriptures.

Our experience at the Dolly Saken School was a reminder to me of the amazing influence that Jews have in American society - a group of people who represent just 2% of the population.

As I Christian, I think there is much that I - and my fellow Christians - can learn from the Jewish people: the ideas of maintaining an identity, of resisting the pull of the dominate culture, of keeping a faith as a minority, of influencing the larger culture. In the Hebrew Bible (the Old Testament) Daniel and his colleagues in Babylon come to mind as perhaps the best example of this.

Many thanks to Dolly Saken School of the Arts for what I like to call a "L.A. homeschooling experience" - and for a vision how a minority faith community can influence the larger, dominate culture.

Please consider submitting something about homeschooling to the Carnival of Homeschooling.