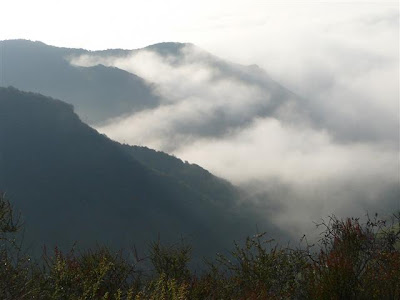 The coastal fog up against the Santa Monica mountains can make for some great photos.

These pictures were taken over several Saturday mornings last summer on both the east and west ridges of Temescal Canyon in Topanga State Park.

On an clear day, the Santa Monica Bay and much of the city of Los Angeles would be visible from these trails. Instead, very low coastal fog (topping off at about 1000-1200 ft) blocked everything below from view. 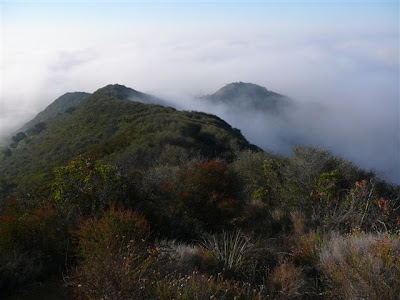 Seeing the swirling shapes and patterns of the fog rolling up the canyons was (and is) simply breathtaking. 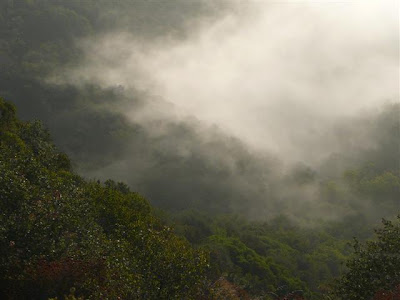 Hiking along these ridges, I was reminded where New Testament describes as our lives in the same way ... as a mist, a vapor.

Now listen, you who say, “Today or tomorrow we will go to this or that city, spend a year there, carry on business and make money.” Why, you do not even know what will happen tomorrow. What is your life? You are a mist that appears for a little while and then vanishes. Instead, you ought to say, “If it is the Lord's will, we will live and do this or that.” James 4:13-15 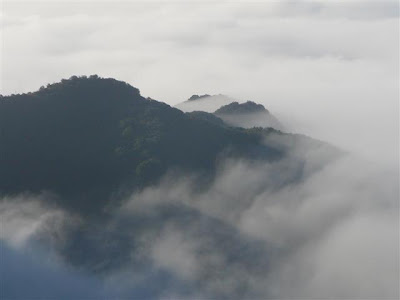 As a teenager (and in my twenties) I tended to live as if I'd live forever. Of course, I'd never had actually said that. But actions speak louder than words.

Now a couple years short of fifty, I'm realizing how brief and temporal our lives on earth really are. In light of eternity our lives are a blink of an eye. As I'm commented elsewhere in this blog, I want to leave a legacy in the lives of others in terms of how I invest my time, my resources, and my abilities. 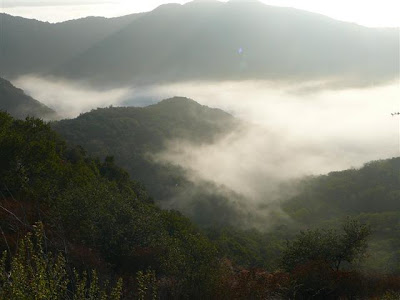 Lord willing, that'll happen, with a few hikes thrown in. Coastal fog and all.

Thanks Zag. I fondly recall seeing the fog roll up Temescal Canyon from my living room sliding glass door. It could suddenly be chilly and in the 60s while two blocks away and a few dozen feet higher in elevation up in town it would be hot, sunny and in the 80s. The weatherman would always call it "night and morning low clouds." Gene

Another great post Dave-great insight. Your site is quickly becoming one of my favorites!

nice pics, I'd like to get up there some Saturday morning ...