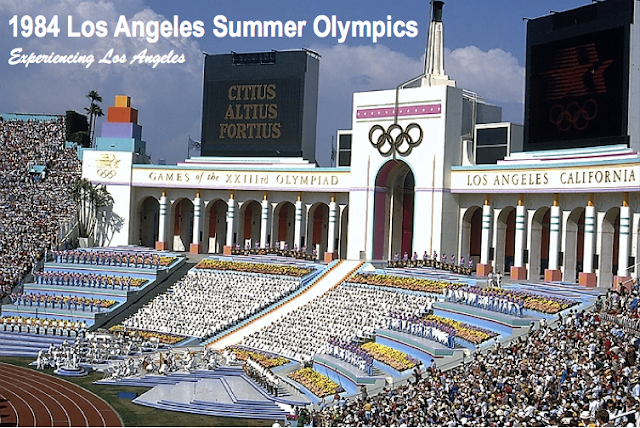 It looks like it's really happening. Wednesday, September 13th, the International Olympic Organizing Committee will officially award the 2024 and 2028 Summer Olympics simultaneously.

Like Paris and London, this will be the third time that Los Angles will host the Olympics. 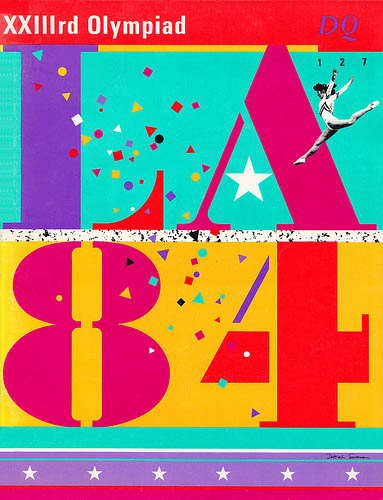 Let's turn back the clock a bit to 1984, the last time L.A. hosted the Olympics. For anyone who was here at that time, it was an incredible experience, arguably the best two weeks in the city's history. 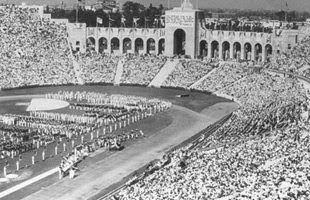 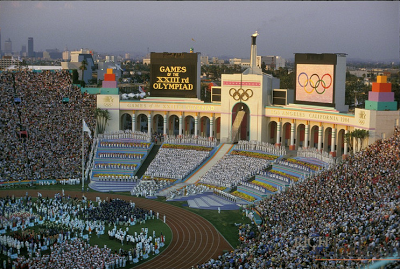 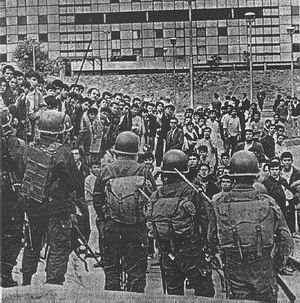 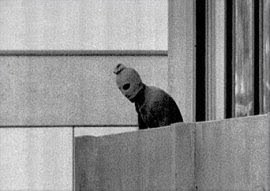 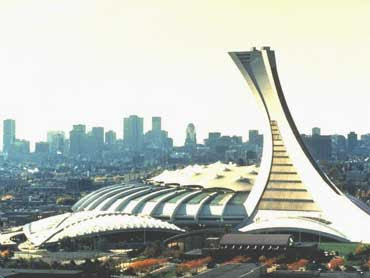 The whole concept of the modern Olympic Games was being called into question. By the time the International Olympic Organizing Committee met in May of 1978 to decide who would host the 1984 Summer Olympics, Los Angeles was the only city in the world willing to host them. 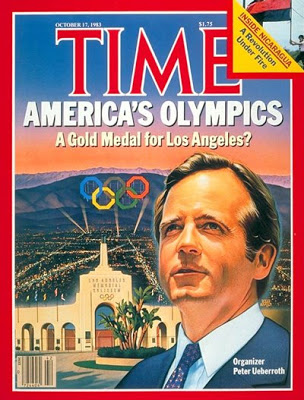 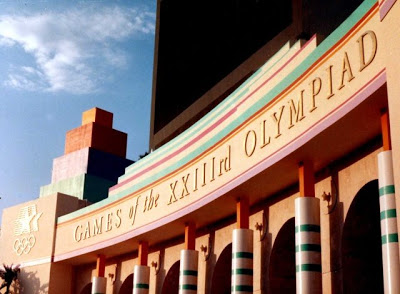 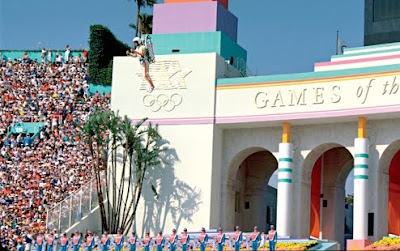 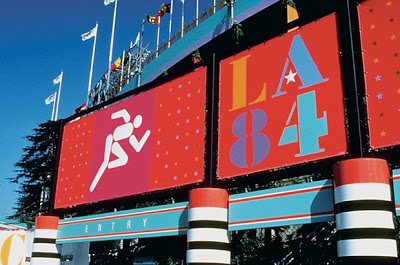 What no one in Los Angeles could miss was the dazzling color scheme, dubbed by designer Deborah Sussman as "Festive Federalism." 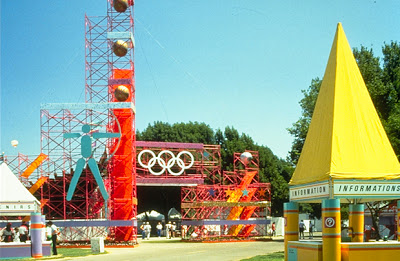 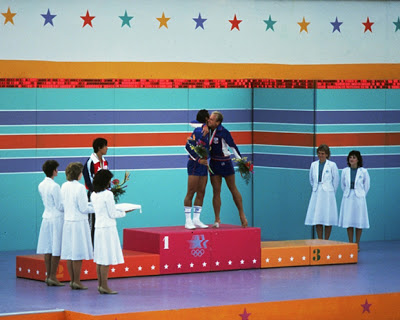 I love what Michael Bierut said on observatory.designobserver.com: "Trust Los Angeles to finally understand how to stage a modern Olympics: design it to be seen on television. 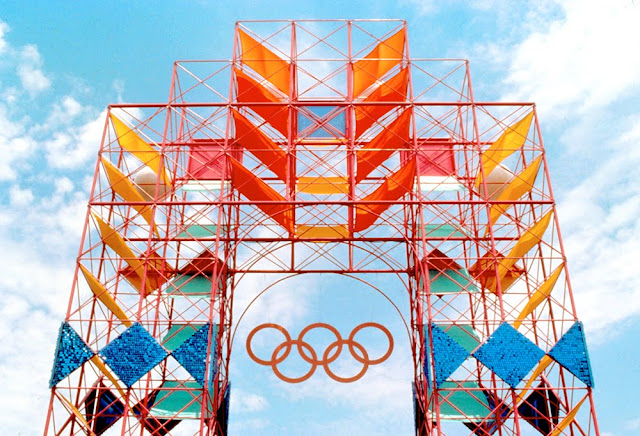 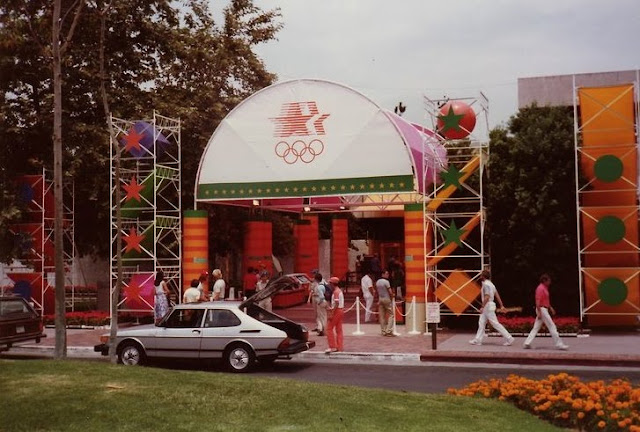 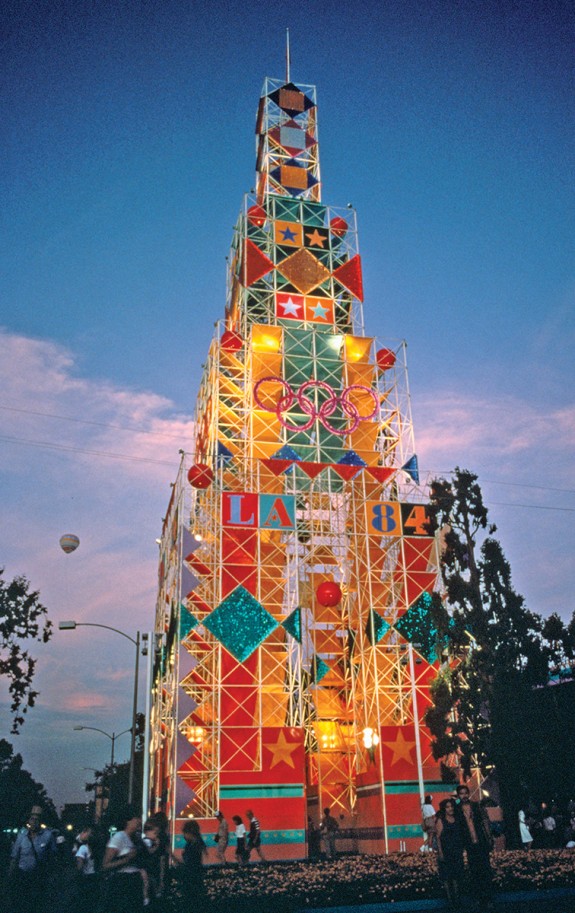 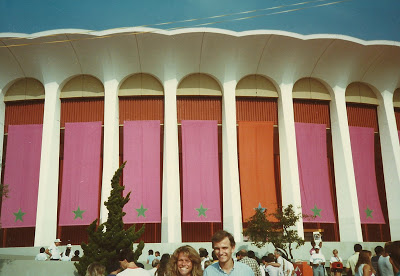 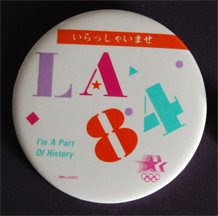 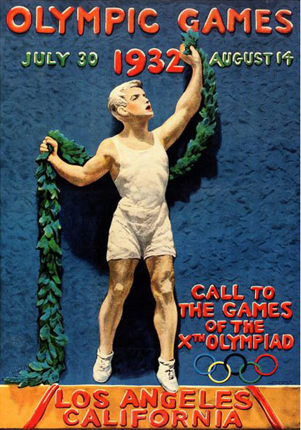 When I first posted these photos back in 2008, I was hoping that maybe, just maybe, L.A. would have the Olympics in 2032, the 100th anniversary of the the first time the city served as host. Am I glad they didn't wait around for that.

Traffic? Summer 1984 was the year of "catastrophic traffic that never was." Los Angeles has hosted the Olympics twice before. I think they'll figure it out.

And the summer weather forecast eleven years from now calls for 72 degrees, sunny skies, low humidity, and a light breeze coming in off the ocean.

Here's a link to some additional photos from the 1984 Olympics I posted a few years back.