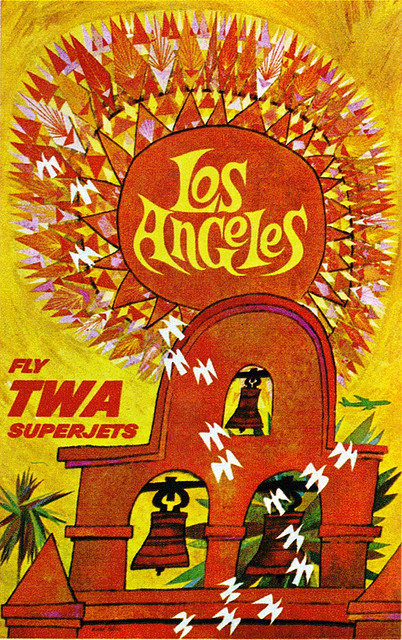 I thought I'd take a break from personal photos and post a few Vintage Los Angeles Travel Posters. Above David Klein's Fly TWA Los Angeles c.1959 - a stylized view of Mission San Gabriel Arcángel's bell tower. The actual tower has six bells; the sun looks like something out of the It's A Small World attraction. 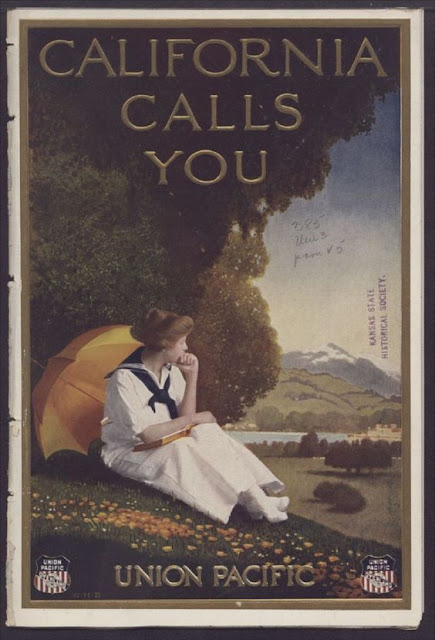 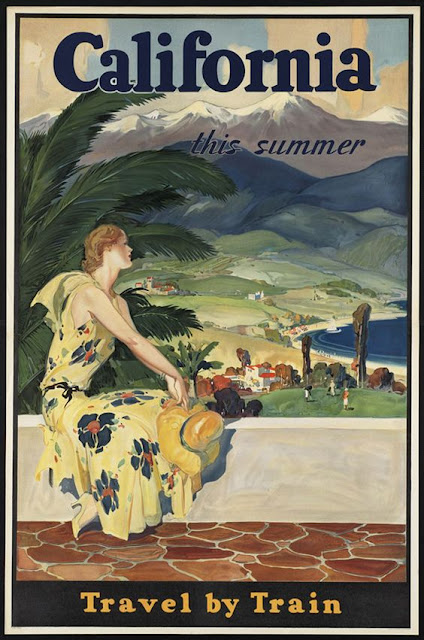 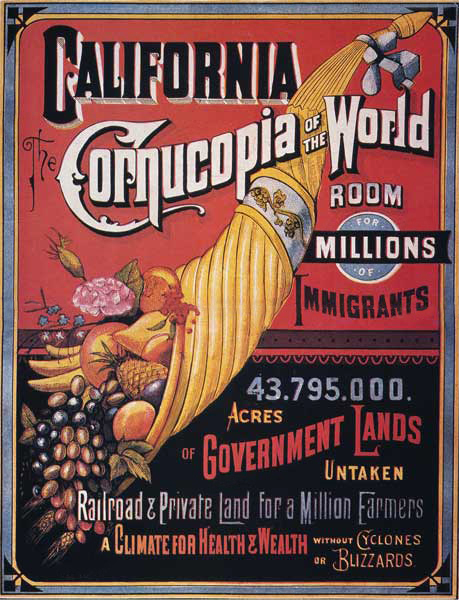 Perhaps the most famous travel poster of all time is California Cornucopia of the World c.1885, The Granger Collection 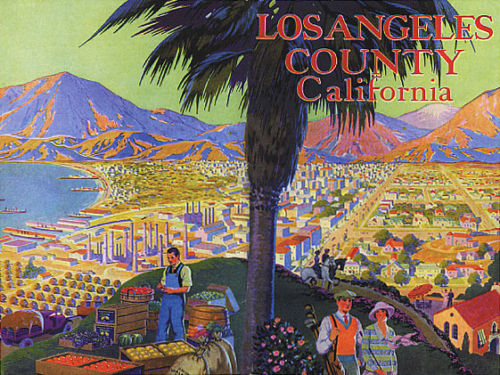 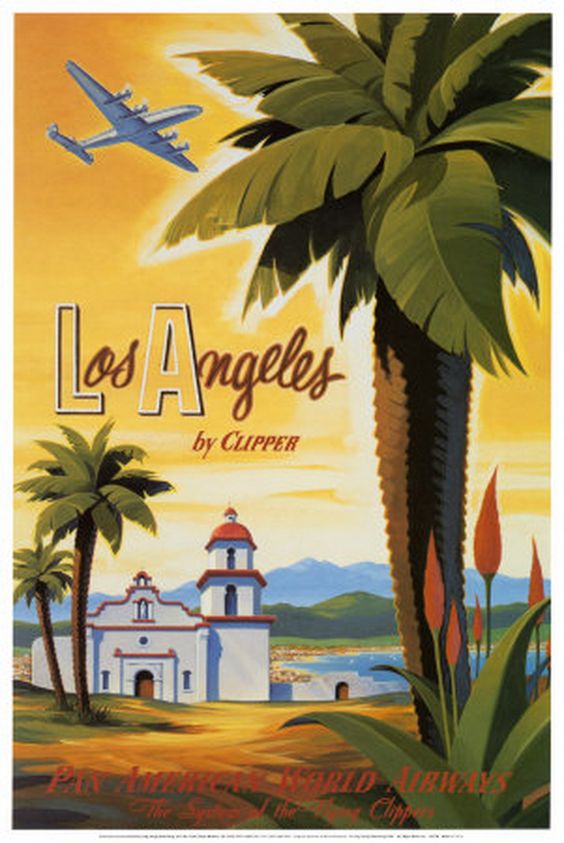 This is the Basilica at Mission San Juan Capistrano - not in Los Angeles, but rather 55 miles (88 kilometers) south in Orange County. 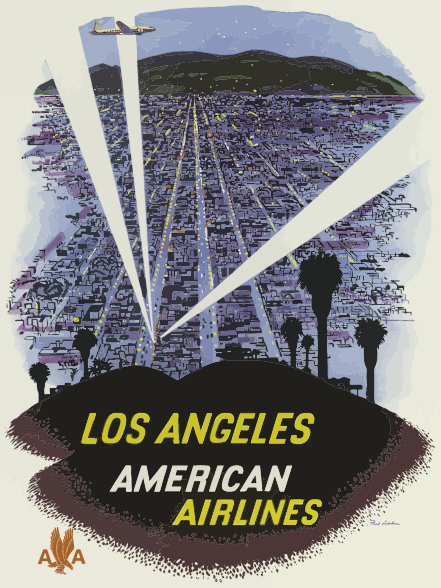 I tried to find the artist and date for these images. Not always easy - I came up blank on this one. Any suggestions, please leave a comment.

The above poster reminds me of the view from the Griffith Observatory. 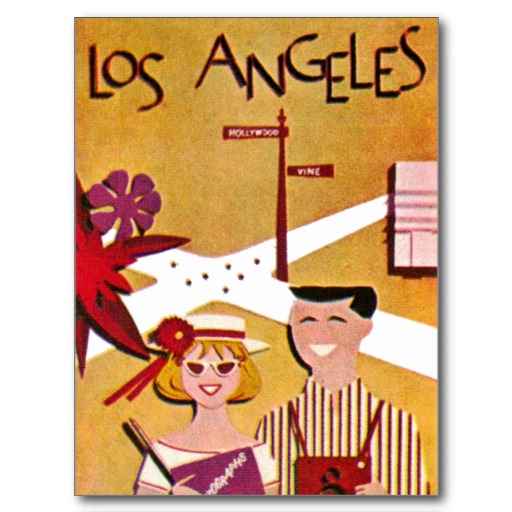 Los Angeles via Western Airlines with autograph book and camera in hand, at the corner of Sunset and Vine in Hollywood. c.1961, artist unknown. 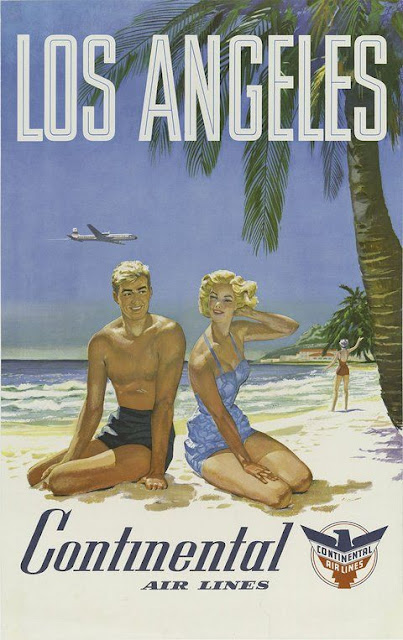 Sorry, Continental Airlines - but this doesn't look anything like Los Angeles. The white sand beaches and curved palm trees, makes this version of Los Angeles looks more like Hawaii, or even Florida, than Southern California. 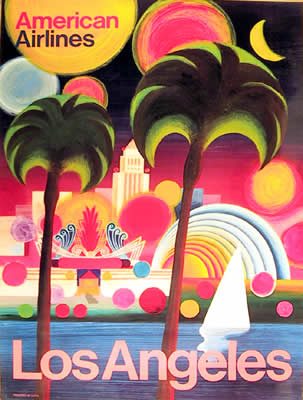 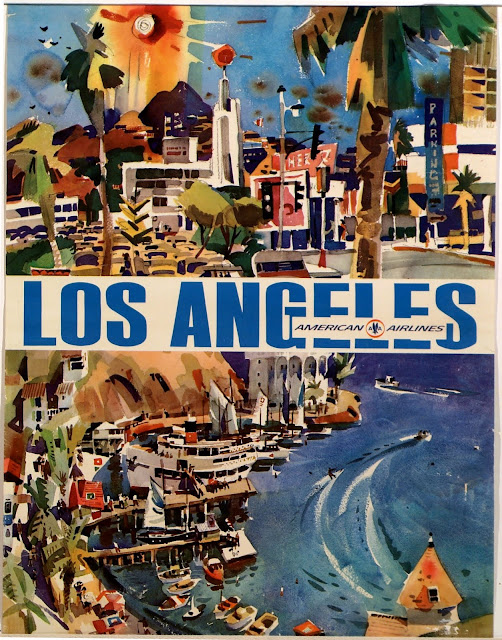 Apparently, this poster is located in the Smithsonian - even they don't have a date or artist, calling it an "orphan" poster.

The bottom half looks like the city of Avalon on Catalina Island. 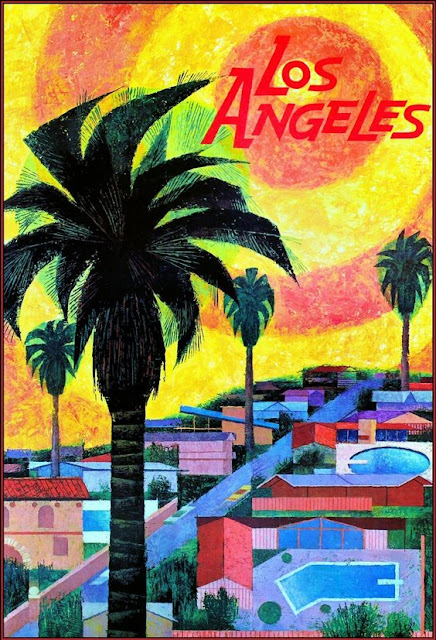 Los Angeles, date and artist unknown. This is my personal favorite. Just houses and swimming pools. This could be almost anwhere in the eastern half of the Santa Monica Mountains, including the view from the Paseo Miramar trail in Pacific Palisades. 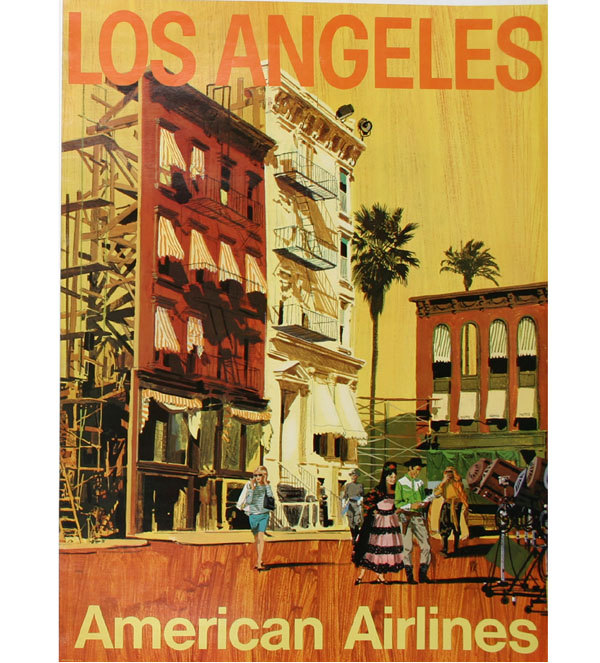 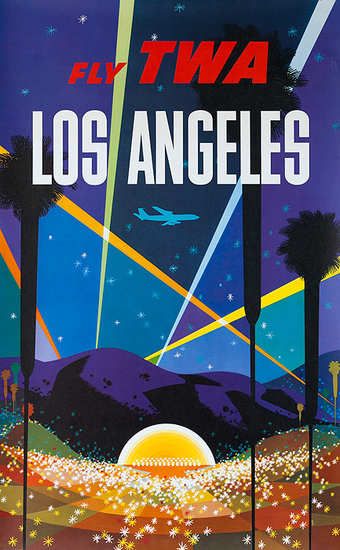 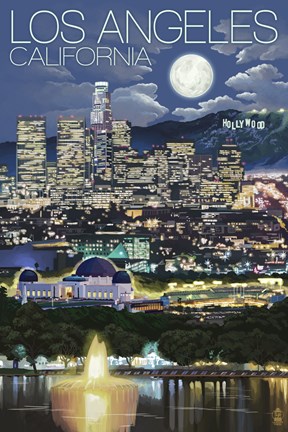 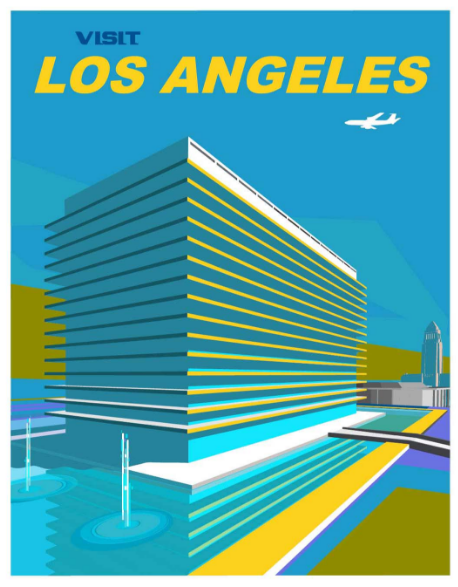 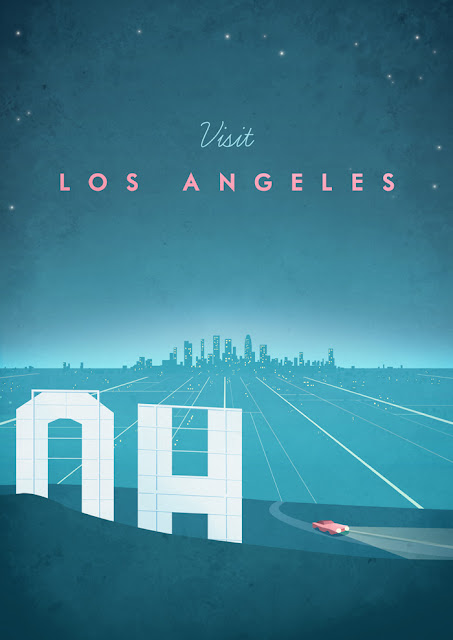