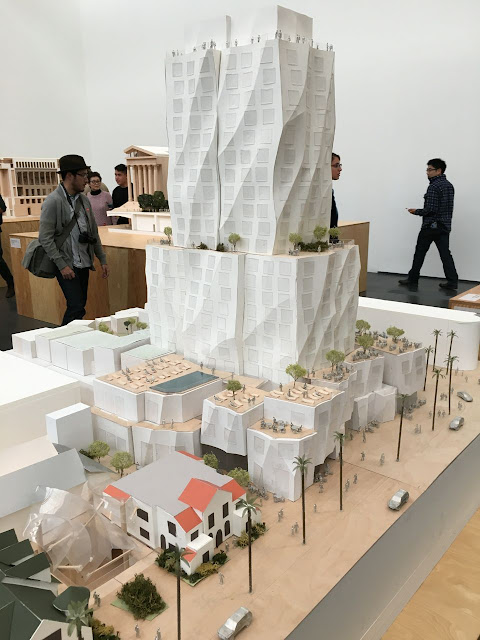 This past January, my son and I were back in Los Angeles for a father / son weekend to celebrate his 16th birthday. We took time to explore places he remembered from growing up in L.A. - and check out a few new things as well. One of those "new places" was LACMA - the Los Angeles County Museum of Art (click here for Part I).

Above: a model of a new project planned for the corner of Ocean Avenue and Santa Monica Blvd - overlooking the Pacific Ocean in Santa Monica. 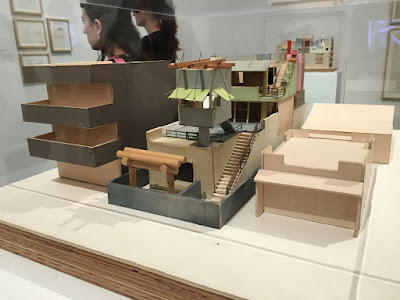 A highlight for both of us was seeing the display of models of Los Angeles based architect Frank Gehry. Above, a model of the Norton House, a home he designed on the Venice Beach Boardwalk. 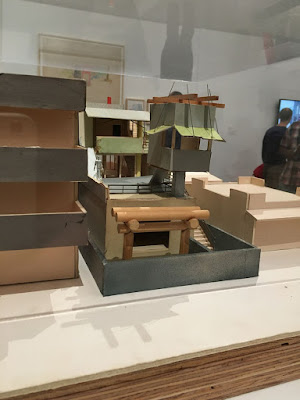 Here's a link to a previous post featuring a couple of photos of the actual home - located at 2509 Ocean Front Walk in Venice. 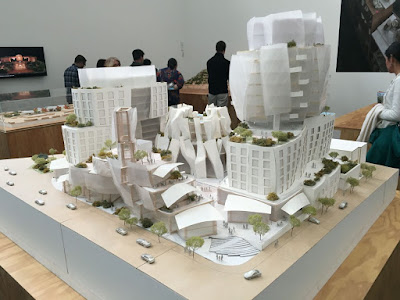 This is a model of the just approved project at 8150 Sunset Blvd in the Crescent Heights district of West Hollywood. 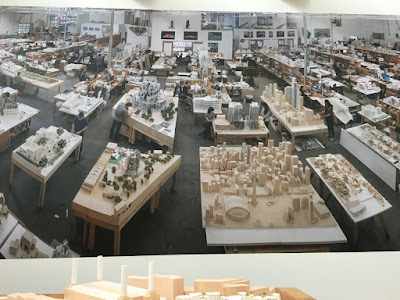 There was a large (huge) mirror on one wall of the exhibition - making for an equally impressive photograph. Despite the fact that we were there on a "free day," the LACMA staff did a great job managing the crowds. 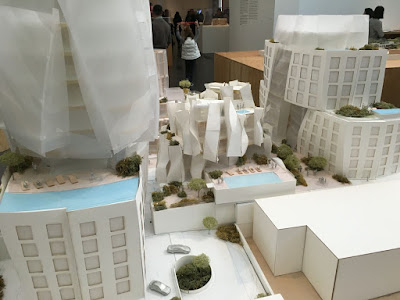 Another view of the Sunset Strip project. 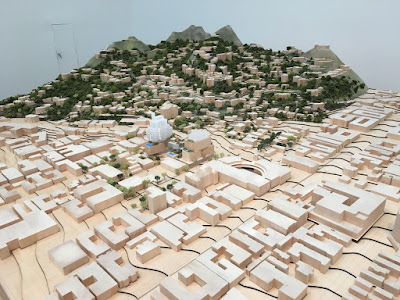 Yet another view, with models of each of the surrounding buildings for several blocks, and a model of the Hollywood Hills. The exhibition lasted until March 20th (sorry). Here's a link to LACMA's website with some additional photographs. 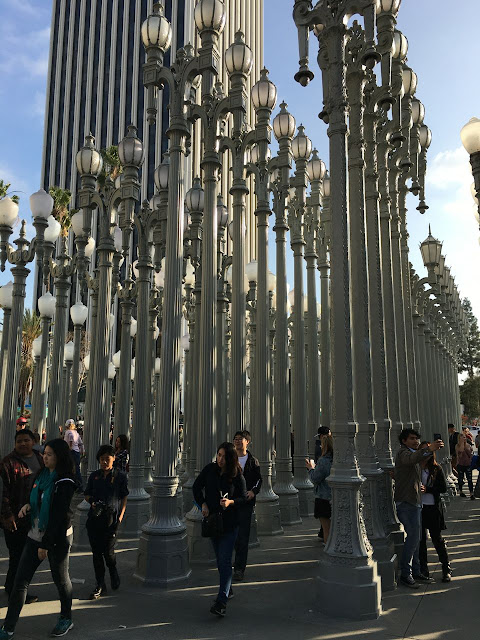 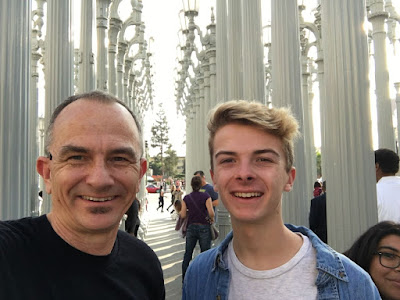 My wife and kids are I had been here several times before - fun to come back. 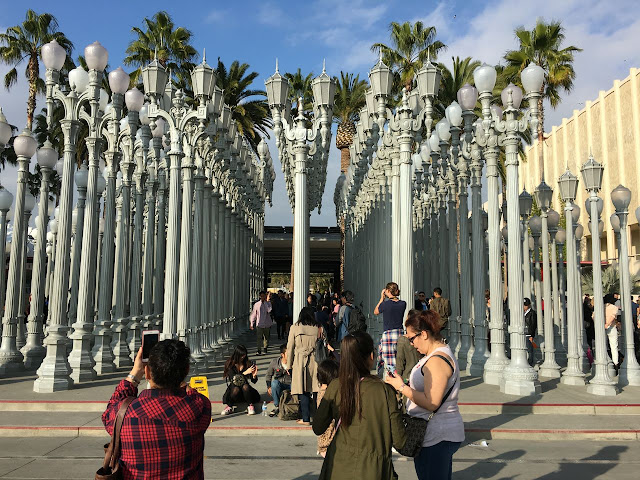 Urban Light looks great in the day - it looks incredible at night. Here's a link to a previous post with photos from both day and night. 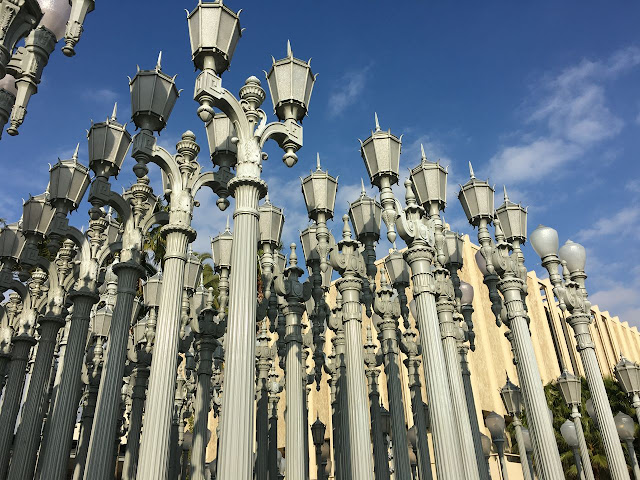 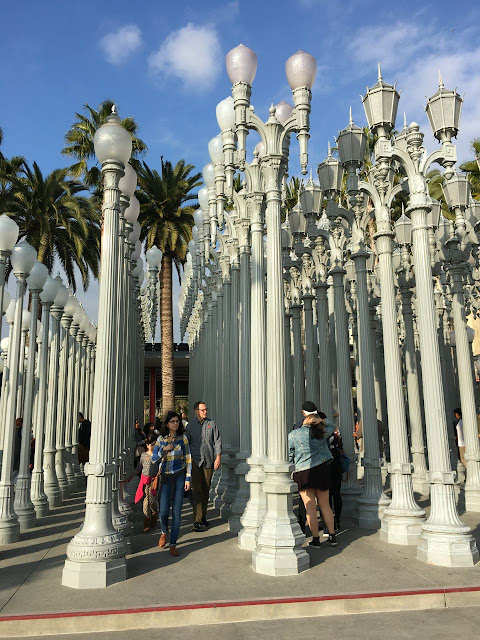 The design is simple, but elegant. It really works. Definitely worth a visit. 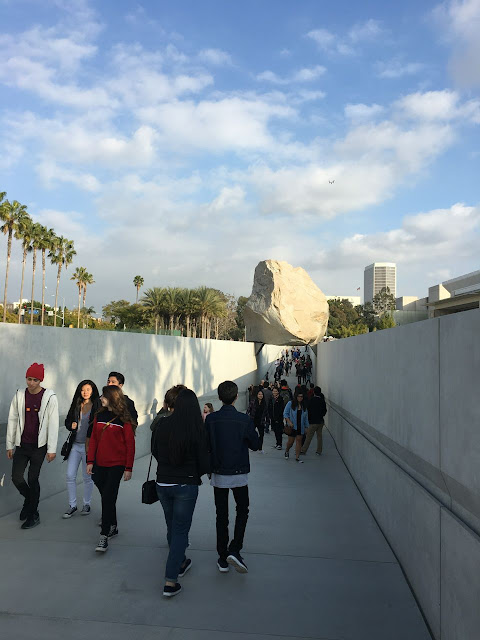 Just a few hundred yards away was Michael Heizer's Levitated Mass, a 340 ton boulder that "floats" above the people below. Well, sort of.

Initially, I was NOT a fan. New York has the iconic Statue of Liberty. Chicago has the brilliant Cloud Gate, affectionally known as The Bean. Los Angeles? To paraphrase Charlie Brown on Halloween, "we got a rock."

It's taken a while, but I've eventually warmed up to Levitated Mass. I like what another blogger wrote:

Some rich folks pay millions of dollars for a rock the size of a marble. I say, why not get the most bang for your buck? LACMA got the most show for the dough by securing the Levitated Mass. 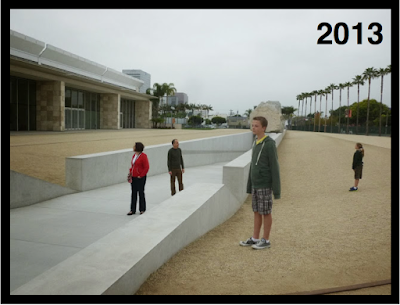 One of my favorite family photos was taken "album cover" style at Levitated Mass in 2013 - when my wife, kids and I were back in Los Angeles for a short vacation. 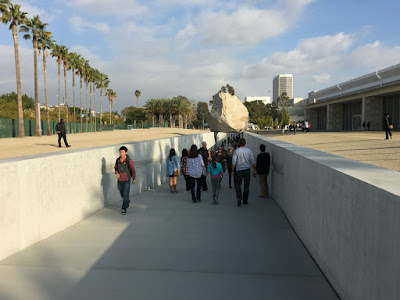 So, if you're in the area, I think Levitated Mass is worth seeing - especially in the late afternoon. If the light hits the metal supports just right, it does look a bit like it's levitating.

LACMA offers free admission the second Tuesday of every month. And if you're a Los Angeles County resident, every Monday, Tuesday, Thursdays from 3pm-5pm. Here's a link with more information.