Experiencing L.A. at Roscoe's House of Chicken and Waffles 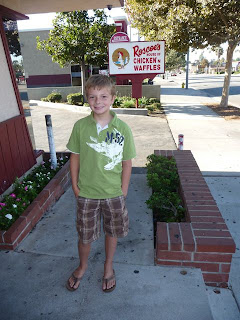 In February 2011 we were back in L.A. to say goodbye to my in-laws, living in the "Bungalow Heaven" neighborhood of Pasadena at the time. Time to stop off at Roscoe's House of Chicken and Waffles. Above, my son - age 11 at the time - out front. While a place like Roscoe's is not unique to Los Angeles (you'll find them all over the US, especially in the Southeast), maybe what is unique is wearing shorts and sandals in February. Nice. 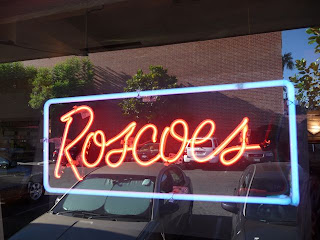 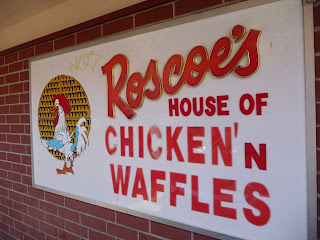 Roscoe's House of Chicken and Waffles is a Long Beach, California-based soul food restaurant chain founded by Herb Hudson, a Harlem native, in 1975. They have locations in Long Beach, Hollywood, Pasadena, Inglewood, and two in the City of Los Angeles. Love the bit of graffiti on the sign (barely visible). Just says "L.A." 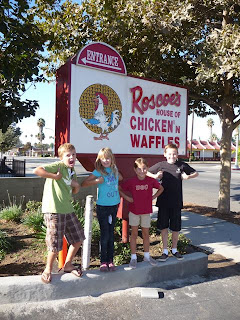 My son, his sister, and two of their cousins. 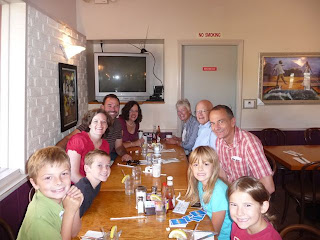 My brother-in-law, sister-in-law, and their kids relocated to Shanghai, China. This was one of our last times together before the big move. 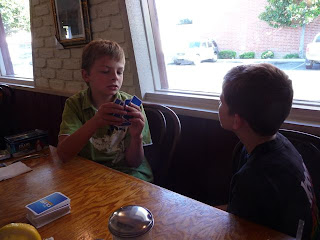 My son and his cousin playing cards while waiting for our food.

If you're looking for health food, keep looking. Like the name implies, Roscoe's specializes in Chicken and Waffles. 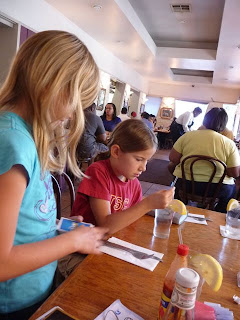 My daughter and her cousin playing some sort of game.

We loved living so close to family the five years we lived in Los Angeles. Lots of great times together, including trips to the beach, the California Science Center, the Autry National Center, and the Los Angeles County Natural History Museum, and the Santa Monica Pier. Click on any of the links for more photos and information. 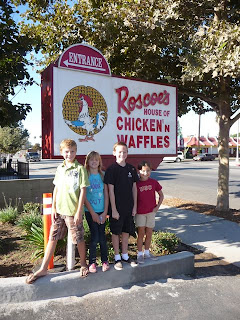 A final cousin photo. Fortunately, my in-laws have been back a couple times for visits - and we even had a chance to visit them in Shanghai. 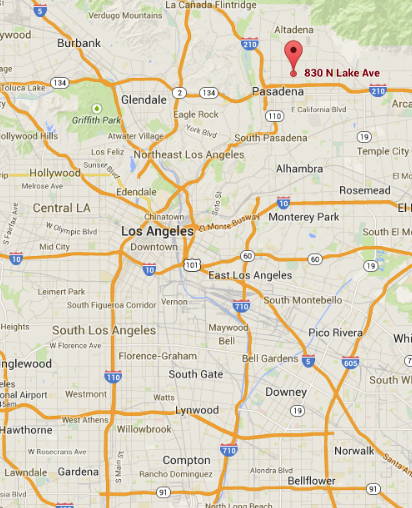