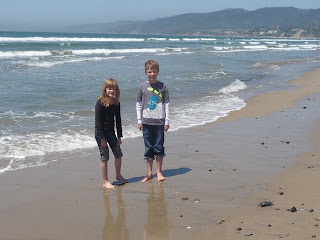 Despite traffic, high prices, and an assortment of urban problems - there's a reason why 16 million people call metro Los Angeles home: it can be a great place to live.

I was reminded of that two years ago when our family was heading up to the San Bernardino Mountains for a family camp. I mean, where else in the world can you play at the beach and in the snow - in the same day? 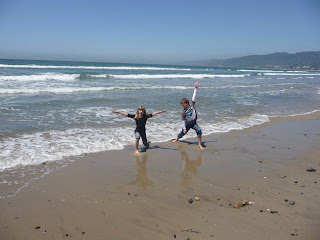 I've heard of Southern Californias who surf and ski in the same day. OK, we didn't quite do that. But our "experiencing L.A." moment was still special.

First stop, the beach in Santa Monica (above). If I had planned it right, we would have left sooner - and let the kids actually get in the water (with wet suits - with the ocean current coming down from Alaska, the water in Southern California still very cold in April). 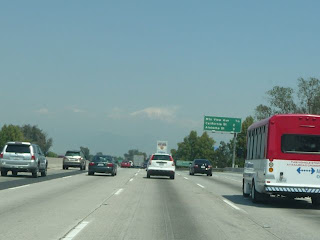 Ah, the San Bernadino Freeway (Interstate 10) - heading east. That's not a cloud in the distance, it's snow capped mountain! 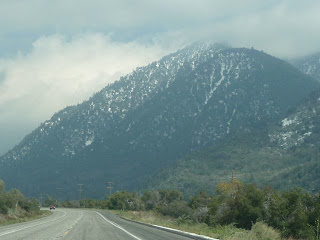 This was the last weekend in April 2010, and the local mountains had just got some late in the season snow. Beautiful! 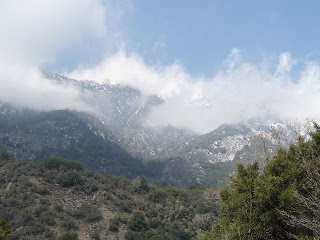 Through the clouds (and the windshield of my car) - more snow. 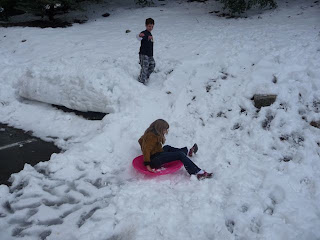 We arrived at Forest Home, a Christian conference after about a two hour drive from the beach. Needless to say, our kids were super excited to play in the snow. 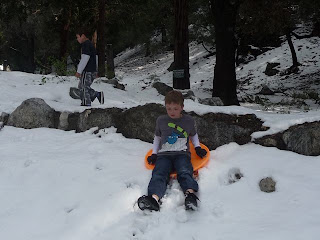 "Hey kids, why don't you stop playing so I can take a picture?" OK, that was not going to happen. Kids were having too much fun. Good times, while it lasted. 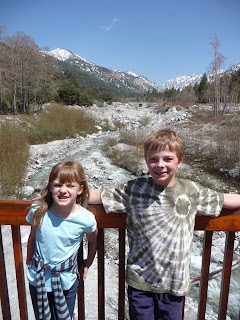 The next day, the sun was out and the snow was gone, at least in the canyon. 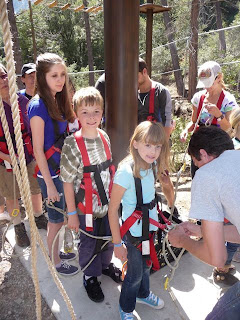 Saturday afternoon: Forest Home has installed some neat interactive activites, including something called the sky trail. 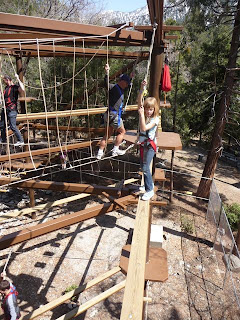 Basically, you get strapped in - and explore the forest from 40 feet up. My daugher, age 8 at the time. 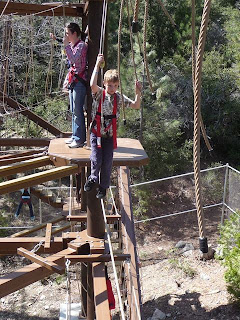 My son, age 10 1/2 at the time. There was something for every skill level. 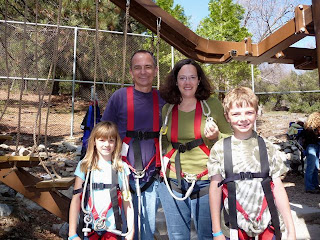 Forest Home is a Christian conference center with outstanding facility and programs for families, singles, and kids. Here's a link to their website. 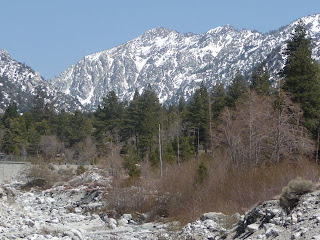 And an amazing setting. And if you get tired of the snow, head over to the beach.

If you really want to try to "surf and ski on the same day" here's a link with some suggestions. I wouldn't recommend trying this unless you first a) know how to surf and b) know how to ski.


But otherwise, if you time it right, it's not too hard (or expensive) to play at beach and play in the snow in the same day.

TEchincally, you can also do this - surf/ski in teh same day - in Chile or New Zealand, at least that's what I've been told. But that 's not to take away from So Cal.