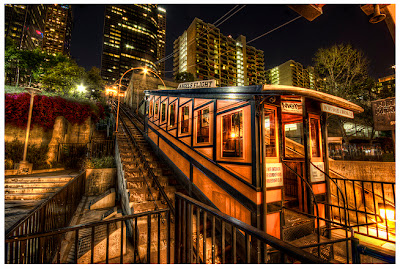 Poking around the internet, I came across the most amazing set of photographs by area photographer Neil Armstrong. Using a tripod and multiple exposures combined to make a single image, his photography is absolutely amazing. Above: the Angles Flight funicular, Bunker Hill, downtown Los Angeles. 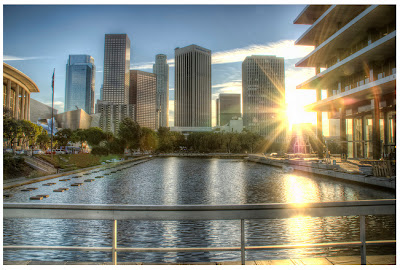 Looking south at the downtown Los Angeles skyline from the Department of Water and Power building. I pulled together a "top ten" group of his photos. The entire collection can be found here. Here's the next eight: 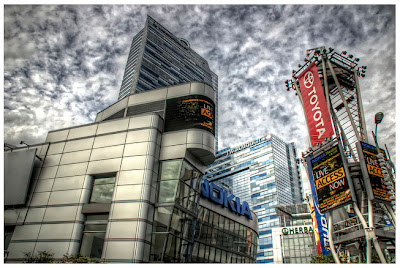 LA Live, adjacent to Staples Center. I've photographed most of the same places, but these photographs take it all to a completely different level. 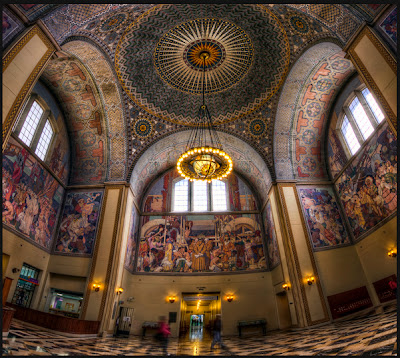 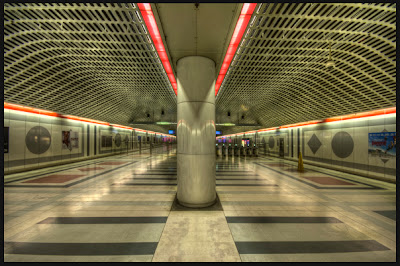 Metro Subway Station. These are all HDR (High Dynamic Range) images, which involves using a tripod to take take multiple exposures and combining them into a single image. A friend from church showed me how he takes HDR images using his iPhone, so I guess it's more common than I expected (although these photographs were all taken with much higher end SLR camera). 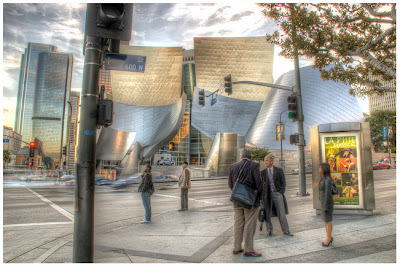 Pedestrians at the corner of 1st and Grand, with the Walt Disney Concert Hall in the background. 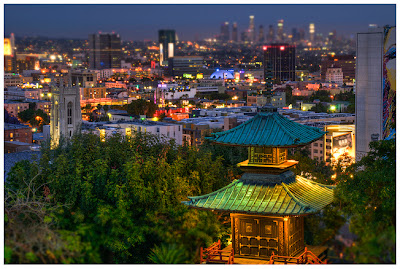 Hollywood as viewed from Yamashiro Restaurant, with a tilt-shift effect. The office towers of downtown Los Angeles, eight miles away, are visible in the distance. 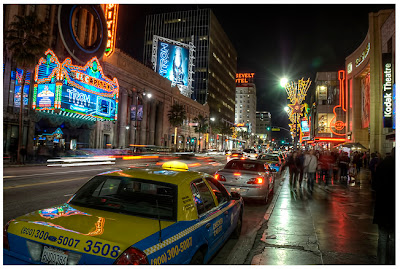 Hollywood and Highland, outside the Kodak Theater. 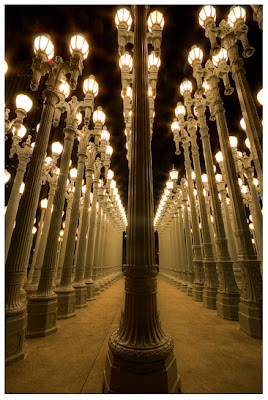 Chris Burden's Urban Light at LACMA at Wilshire and Fairfax. 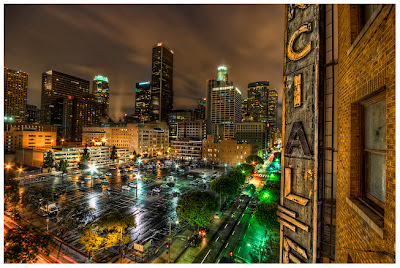 Taken from the 14th floor of the abandoned Commercial Exchange building on the corner of 8th and Olive, Downtown Los Angeles. The wet pavement and colors certainly give it a "Dark Knight" feel.
Outstanding work, both technically and artistically. I'd love to eventually approach this same caliber, although I'm not sure I'm willing to invest the money or time to actually make it happen. Meanwhile, I appreciate these images being on the web for myself and others to enjoy.
Here's a link to the complete photostream on Flickr.
.
Posted by David from L.A. at Saturday, June 25, 2011

Really like the photo of LA Live. The last one of downtown at night is pretty creepy.