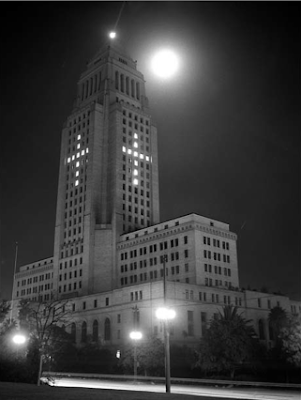 photo credit: www.framework.latimes.com
For over forty years during the Christmas season (as well as around Easter), the lights of City Hall in downtown Los Angeles were arranged to form a cross. The practice began in 1937, and continued until the late 1970's, when the threat of lawsuits ended it.
Unlike "secular Europe" where everyone still wishes each other a Merry Christmas, Americans seem to have become so, well, fearful of even the word "Christmas," choosing instead a bland "Happy Holidays" or - even worse - "Happy Holiday" (and what "holiday" would that be?).
Thomas Jefferson's "separation of church and state" (mentioned no where in the the Constitution, but in a letter to a group of Baptist ministers) most certainly does not mean "the separation of religion from public life."
Secular or religious displays of anything are going to offend someone. Tolerance has to go both ways. That's why I continue to appreciate public displays of faith like Hanukkah menorahs, the Nativity Scenes in Santa Monica, and something as simple U.S. Postage Stamps: 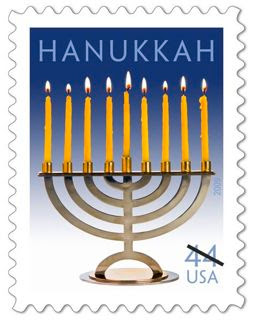 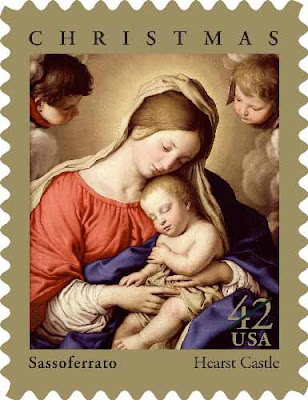 I'm old enough to remember when City Hall had the cross up at Christmas. I'm not saying everything in the past was good, but seems like the city has goine competely in the opposite direction. Merry Christmas & Happy Hanukkah LA