"For Your Consideration" (Part I)

A year ago in our Sunday Los Angeles Times we received a large, expensive four-color brochure printed on glossy card-stock.

A brochure for a luxury car?
Timeshares?
New homes?
Investments?

No, in fact the brochure was higher quality (and probably more expensive to produce) than anything I've either requested or been given. But this being Los Angeles, it wasn't about something for me to buy ... The brochure was to promote the Miramax film "There Will Be Blood". It was specifically designed for members of the Academy of Motion Picture Arts and Sciences ... and their neighbors? I have no idea why we receive this. 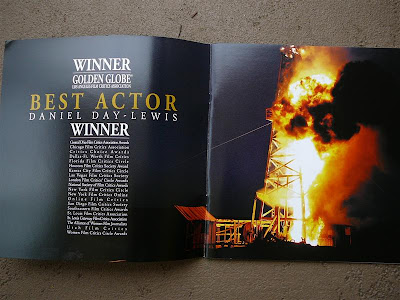 This brochure was apparently placed in every Sunday Los Angeles Times within certain zip codes here on the westside of Los Angeles. 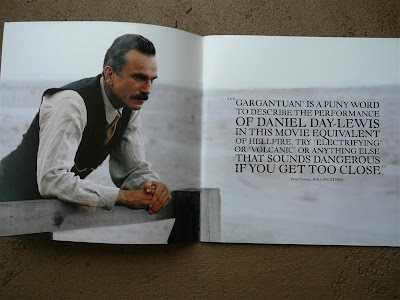 While there are only about 6,000 members of the Academy, someone at Miramax decided it would be worth it to place a copy of this brochure within every L.A. Times in our zip code (and many others, I'm sure). Impressive images of the film were placed side by side glowing reviews from major media sources. 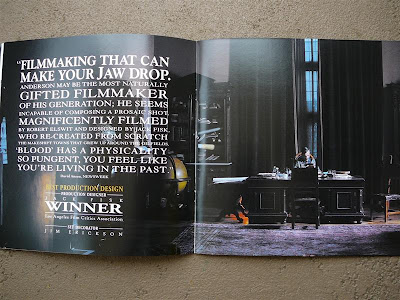 Not only do I not know any "members of the academy" - but I didn't even see this film.

The brochure was a reminder that the movie was nominated for 8 Academy Awards (It ended up winning 2: Best Actor for Day-Lewis, and Best Cinematography for Robert Elswit). 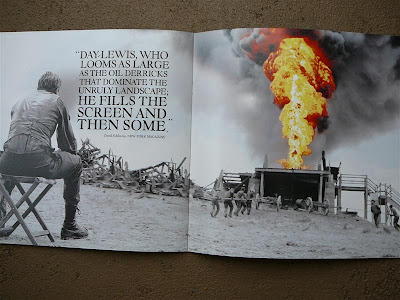 While Wikipedia is not considered a credible source for academic research, it's fine for this blog (and this topic): 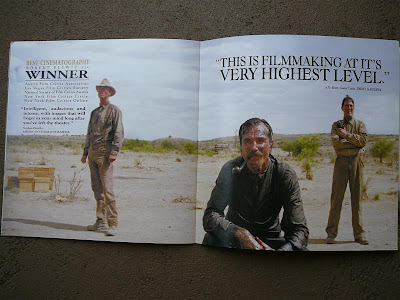 "For Your Consideration is a heading frequently used in advertisements in entertainment trade publications such as Variety and The Hollywood Reporter. They are specifically directed towards members of awards voting groups in the entertainment industry." 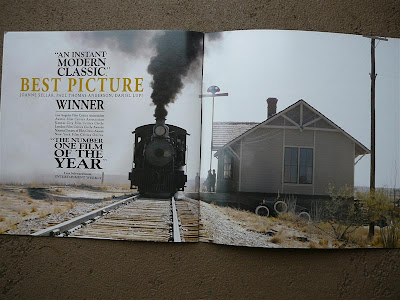 "Each year, the major movie studios, and to a lesser extent their affiliated television studios and the television networks, spend large sums of money on For Your Consideration ads extolling the alleged virtues of their films or programs released over the previous year." 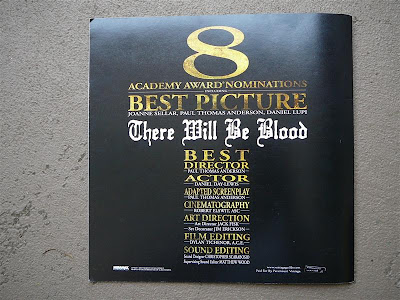 Wow - I guess so. On the night of the Academy Awards, the film won a couple of Oscars. I wonder what kind of difference, if at all, this expensive promotion made. A year later, I still haven't seen the film.

A couple of weeks later we received yet another brochure. Same heavy cardstock, glossy four color printing, etc. Only this brochure wasn't a brochure. It was a menu - for the Disney/Pixar film "Ratatouille." 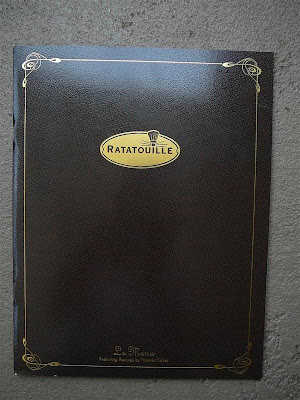 Hey, now we're talking. A film our whole family has actually seen (at least on DVD).

OK, it wasn't really a menu. It was another over the top promotion brochure "for my consideration." But it was designed to at least look like the menu to a fancy French restaurant. Creative. 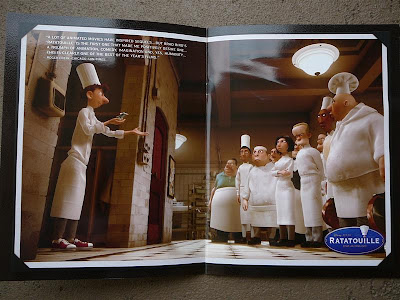 The first couple of pages included nice reviews from the New York Times and the Chicago Sun-Times. 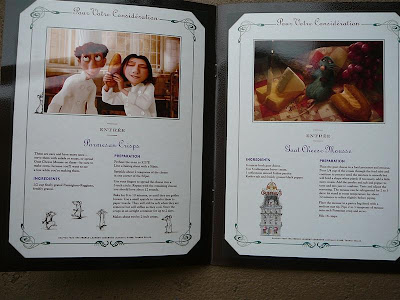 The rest of the brochure consisted of photos from the film, along with recipes of real French food. 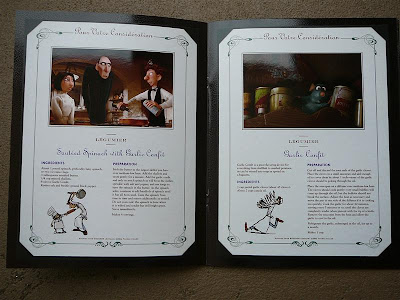 Promotion, yes, but a much more low key approach than the "There Will Be Blood" brochure. I liked it. 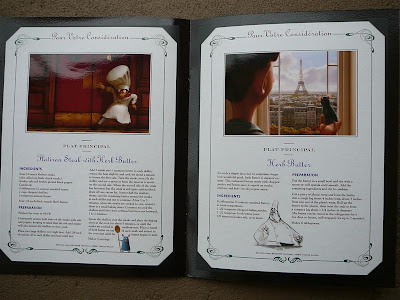 Along the top of each page were the words "Pour Votre Consideration" - a subtle (or not so subtle) request to members of the Academy. If I ever meet one, I'll be sure to pass this along. 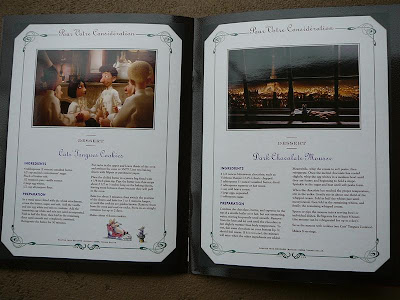 The final page was a quote from the character "Ego" (remember him?) indirectly comparing the skill of the character Remy to the film itself. Nice touch. 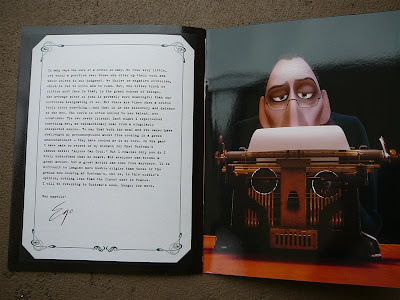 "Ratatouille" won Best Animated Feature Film (it was up against "Persepolis" - which I never even heard of - and "Surf's Up" - which my kids made me watch).

Hollywood must love sequels, or at least someone in Burbank must have thought these promotional brochures were a great return on investment (hey, got my attention). Read more in "Part II."

Those are pretty slick! But the point of them really fails to reach me. Why do they come out after they've already won awards? Maybe I missed something...

Jake - the first couple of promotional brochures were in our Sunday "L.A. Times" in January 2007 - the awards ceremony (Academy Awards) was still a month out. The idea was to sway votes. Hence "For Your Consideration"

Here in Los Angeles we see full page ads in the paper, even billboards that say "For Your Consideration." But a 48 page color brochure for a single movie (Wall-E) is over the top, imo.

That is much more exciting than the junk mail we get around here!