Two years ago, I was back in Los Angeles and had a bit of time to explore the Historic Downtown Core. Here's a link to Part I from last week. 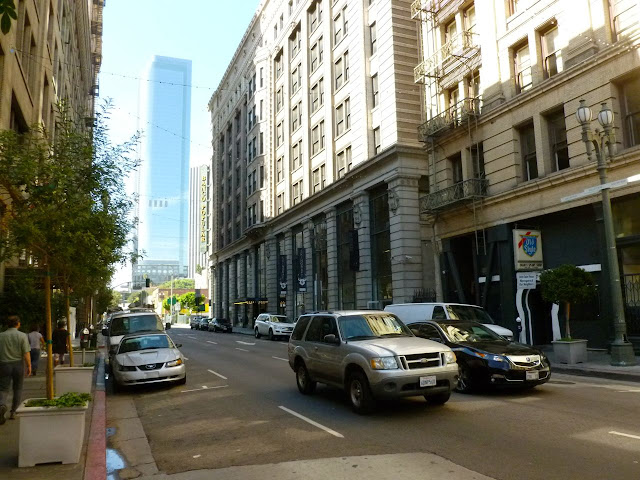 This is walking west (technically northwest) along 4th Street towards Spring Street. In the background is one of the office towers on Los Angeles' Bunker Hill. 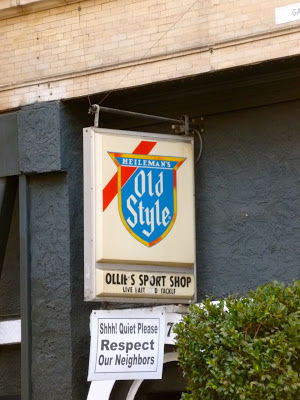 Across the street was a vintage sign for Heilman's Old Style. My educated guess is that this isn't original, but an attempt to create a working class style dive bar (think Milwaukee, circa 1975) in the heart of downtown Los Angeles. Or, maybe it's been there for years, and this is all authentic? 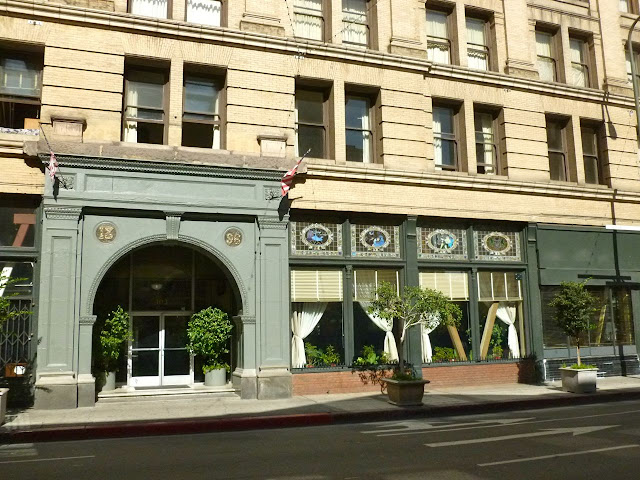 The six story Barclay Hotel was built in 1897 and was originally known as the Van Nuys Hotel. When it opened, it was the most state of the art hotel in Los Angeles, with telephones and electricity in every room. It has the distinction of being the oldest hotel in continuous operation in Los Angeles. According to the Los Angeles Conservancy website, it is currently operated as a low income residential hotel. 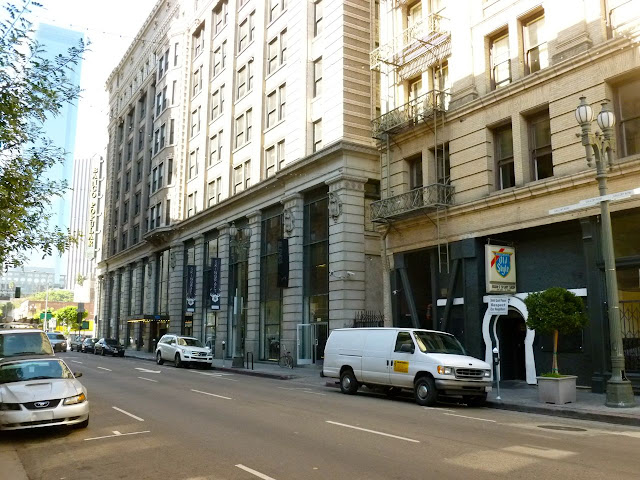 Another view across the street, this time of the Popular Center Building. Couldn't seem to find too much information on-line on this building, aside from the fact that it was built in 1908. 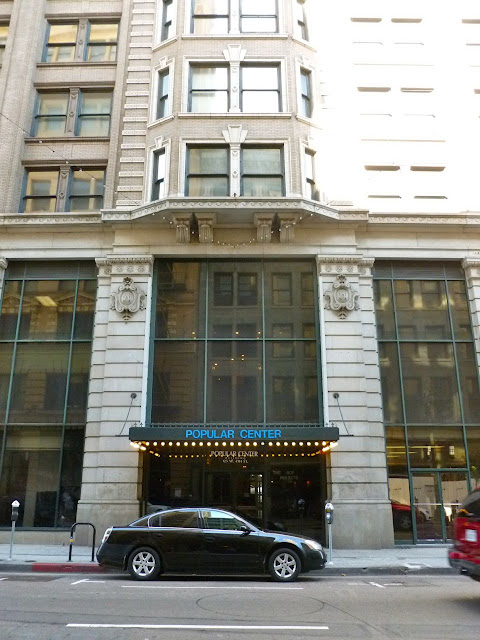 Personally, I'd ditch the aqua blue lettering, but maybe that's just me.

This looks much more like New York or Chicago, definitely not what one images when thinking about Los Angeles. 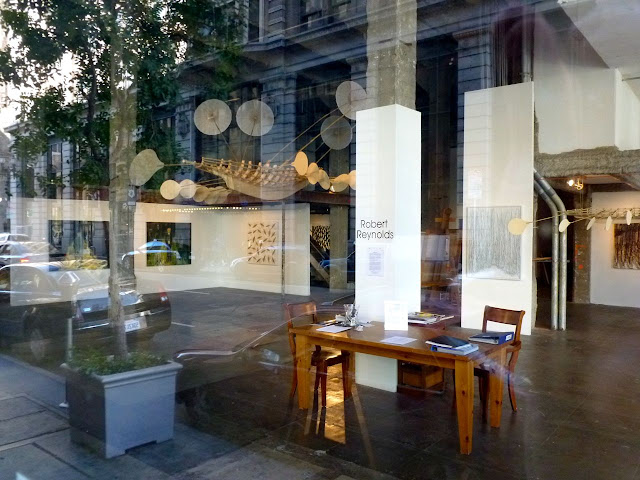 Robert Reynolds Art Studio - located on the corner of 4th and Spring Streets. This is a good example of the massive gentrification and changes that are currently occurring in downtown Los Angeles. 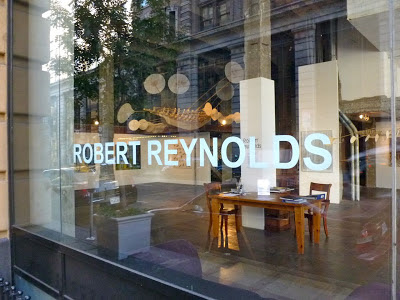 I've got a lot of information from this blog from google maps and other web searches. But in this case it was pretty to figure out the name of this art gallery. 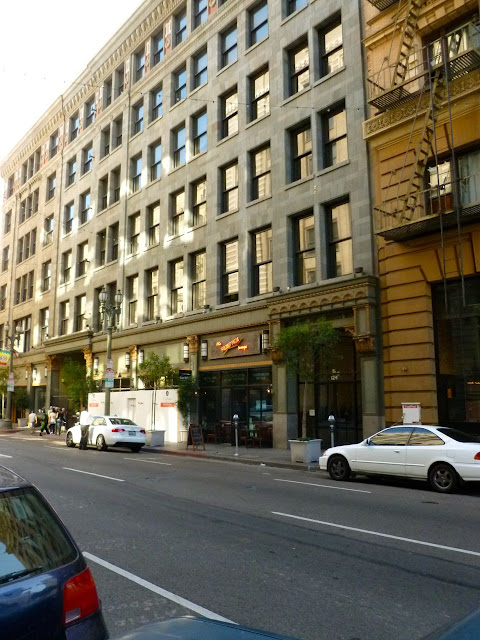 I crossed the street for a quick view back down 4th Street where I was a few minutes earlier. This is looking south towards Rocket Pizza. 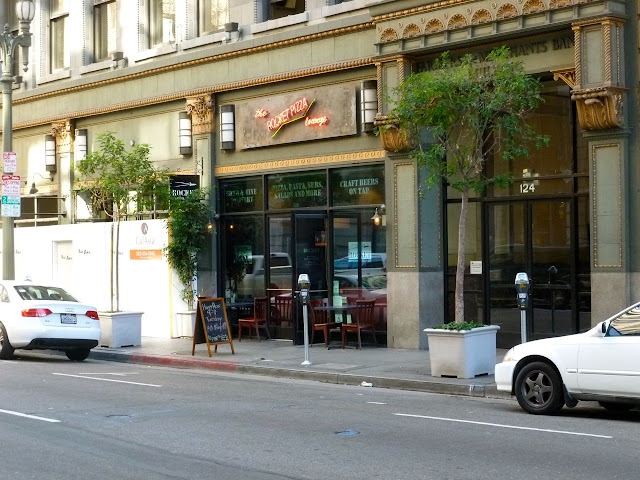 Another view of Rocket Pizza. Back on the corner of 4th and Spring, Robert Reynolds Art Studio is located in the historic Continental Building.

The 13 story Continental Building was built in 1903, and was the tallest building in Los Angeles at the time. Almost 100 years later, it was converted into loft style residential apartments, and - apparently - is managed by the same firm that operates the San Fernando Building, located a block away. 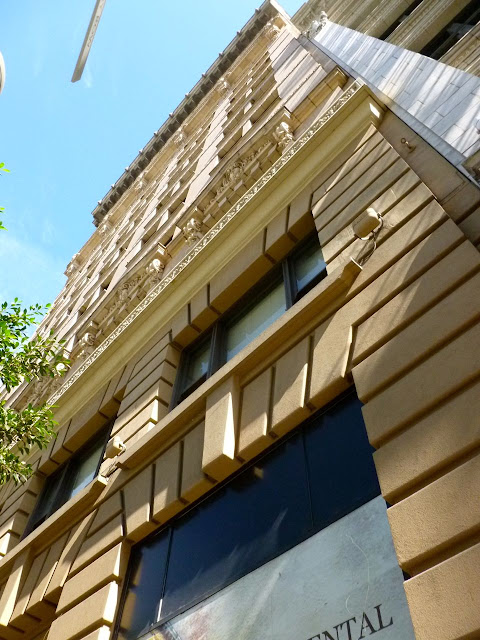 View looking up from the street. 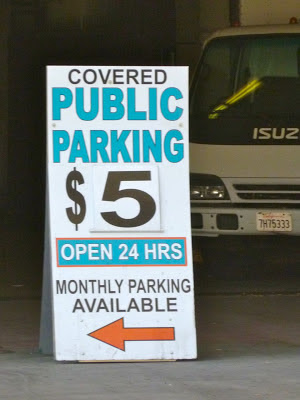 Public Parking. $5 for what? For the day? Per hour? For 20 minutes? Parking a few blocks away at the Bonaventure Hotel runs $30 for two hours (or $47 for the day) ... so I'm a bit cautious of what "$5 parking" really means. I'd definitely read the fine print first. 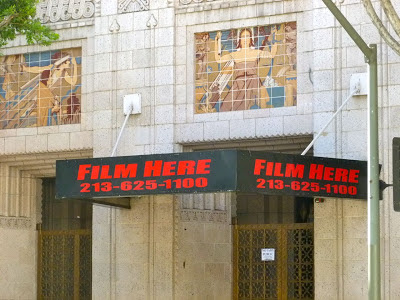 Across the street, advertising for filming. A bit later that same day, a security guard saw me taking photos and asked if I was a location scout. Downtown Los Angeles has the advantage of a dozen or more early 20th Century buildings that ar ideal as filming locations. 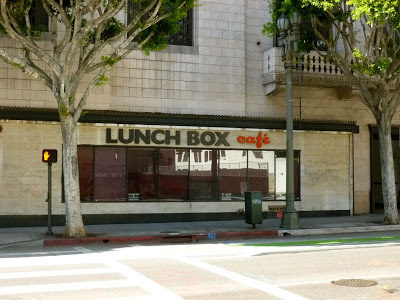 The Lunch Box cafe. Not a standout - but not everything can be in a 100 year old restored building, or sidewalk cafe. 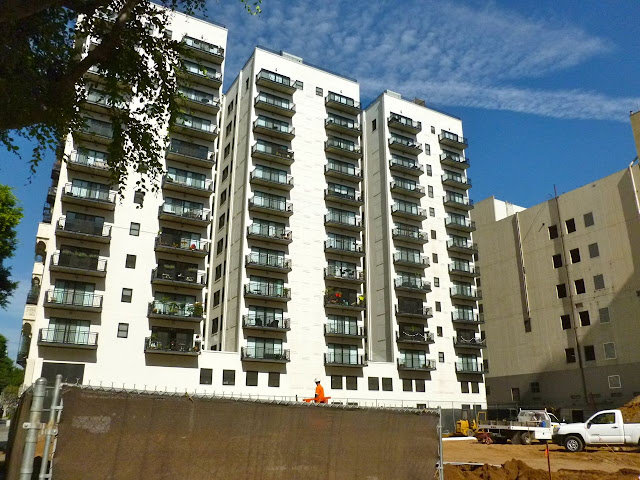 Mixed in with historic buildings being converted to residential were new apartments (or condos) going up. Ideally, this section of downtown will eventually be a mix of old and new buildings - saying goodbye to surface parking lots and saying hello to street level retail with residential or commercial above it - in many ways bringing Los Angeles back to how most cities were designed up until the 1950's. 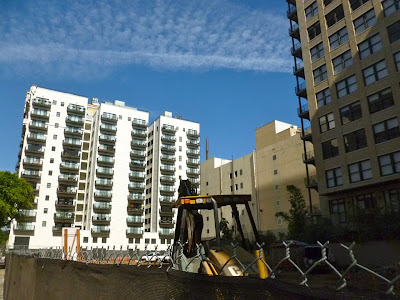 These photos were all taken back in November 2013. Actually this was a parking lot, that was in the process of being turned into the .7 acre Spring Street Park. 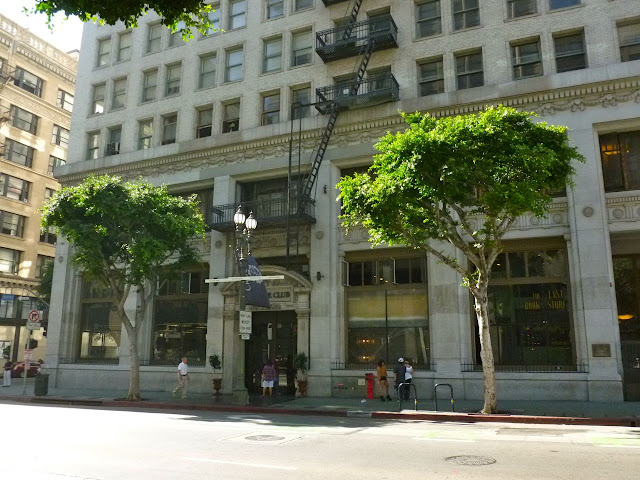 The 1915 twelve-story Spring Arts Tower, a historic office building located on the corner of Spring & 5th Streets. The Crocker Club - located in the former first floor bank - is a 1920's themed bar and nightclub. 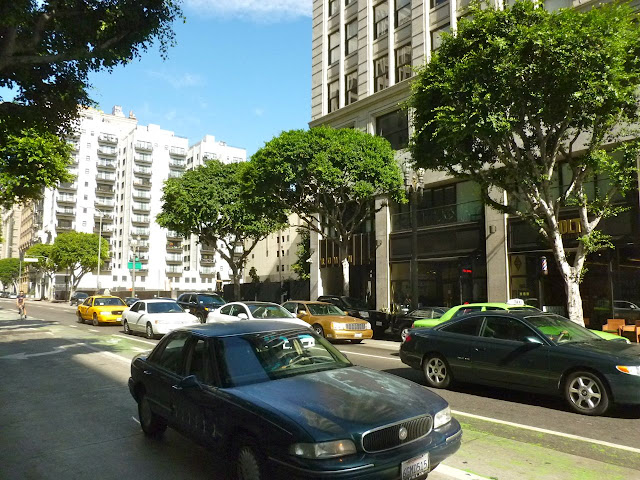 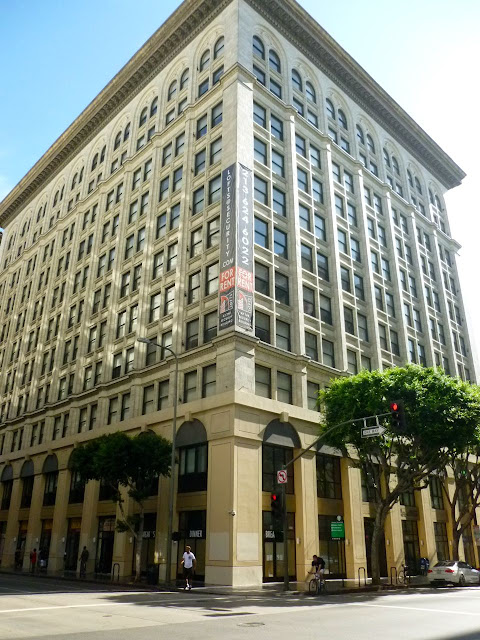 Cross the street, on the corner of of Spring and 5th Streets, sits the Rowan Building, built in 1912 and converted into upscale loft condominiums in 2008. So, what does an 800 square foot unit goes for? About $400-$500 thousand. Here's a link to some listings.

I turned the corner and headed northwest on 5th Street towards Broadway.

More next week in Part III.

I see you have mentioned the Barclay Hotel! If you are a fan of true crime and want to know the true stories of the unfortunate events and tragedies that took place in this hotel over the last 120 years, check out the newly released true crime novel titled, "The History of the Barclay Hotel: A collection of true short stories both epic and tragic." Intensive and in-depth research was conducted on this hotel. Newspaper articles, police reports, coroner's reports and the like, were uncovered and the factual information about horrific events such as suicides, murders, fires, and mysterious accidental deaths that took place in the hotel, have been brought to the surface. Available on paperback and eBook. For more details, please visit the official website for "The History of the Barclay Hotel": http://www.barclayhotelhistory.com or check out the book trailer on Youtube: https://www.youtube.com/watch?v=GShhnoFGNIg

Thanks for the feedback on the Barclay Hotel.

I thought only The Cecil (now known as "Stay on Main") had a creepy history. http://www.experiencingla.com/2016/02/re-experiencing-los-angeles-historic.html