Experiencing L.A. on a "Daddy/Daughter Date" - in Westwood 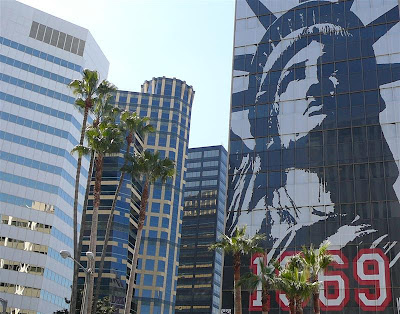 Back in the Spring of 2009 my daughter really wanted to take the bus into Westwood Village, for a special "daddy daughter date." We could - of course - have driven, but she really was excited about taking a bus. By the way, that Statue of Liberty billboard on the right of the photo above isn't a billboard - it's the side of a twelve story building. 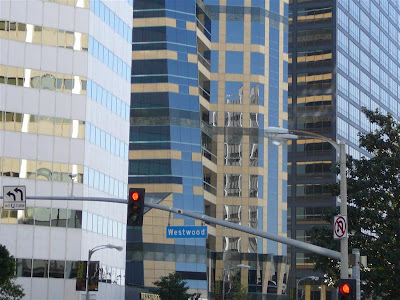 Much of Westwood Village isn't much of a "village" anymore. This is at the corner of Westwood & Wilshire Blvds. With over 100,000 cars traveling through on an average day, it's one of the busiest intersections in Los Angeles. 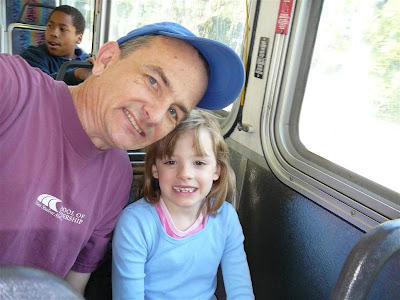 This is to prove that - yes - we did take the bus. The MTA driver was super friendly, and there was zero traffic into Westwood (it was a Saturday). I actually walked from our home to Westwood Village a couple of times (long walks). Riding with my daughter = much more fun! 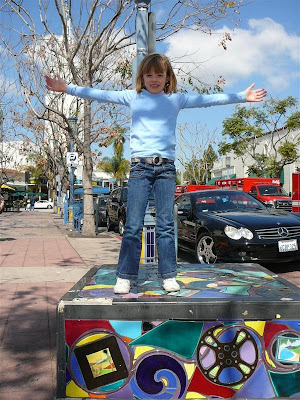 This is much more of the "village" of Westwood Village: on Broxton Avenue, with the "Fox Village" movie theater visible in the distance through the trees. In addition to being the home of UCLA (my alma mater), Westwood has (or up until recently had) the highest concentration of single screen movie theaters in the world.


At this exact same spot a year or so later, I came across the Steve Carrell fim "Dinner For Schmucks" being filmed. Apparently, Broxton Avenue in Westwood Village is a popular "on location" site. Here's a link to a previous post on what that was all about. 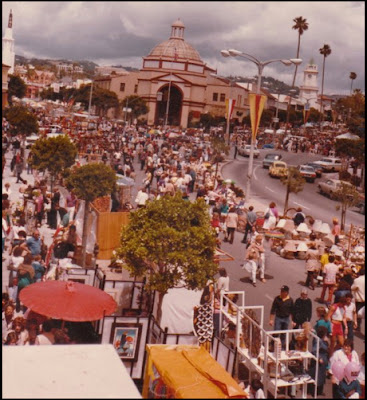 Westwood Village, circa 1980. Anyone else remember those weekend art shows?

While still a nice place to visit, Westwood is not longer the entertainment "mecca" it was in the 1980's. Found this photo on the "Vintage Los Angeles" Facebook site. 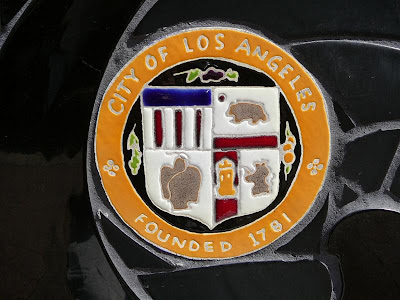 Westwood is technically part of the city of Los Angeles.

Westwood, as well as places like Brentwood, Hollywood, Venice are all communities within the city limits of Los Angeles. Meanwhile ... Santa Monica, Beverly Hills, West Hollywood, and Pasadena are all separate, independent cities. Confused? Don't be. Even people who've lived here their entire lives aren't sure what's part of the city of L.A. - and what's not. Here's a link to a previous post on what's is - and what's not - part of the city of Los Angeles. 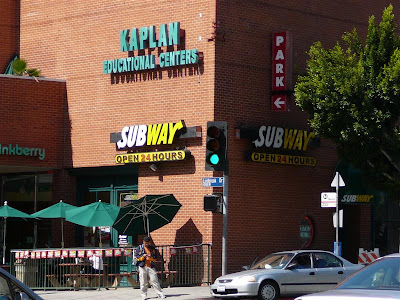 Lunch at Subway: my daughter's choice. If you're in Westwood and looking for a place to park, I highly recommend the public parking garage at 1036 Broxton Aveune. The first two hours are free. 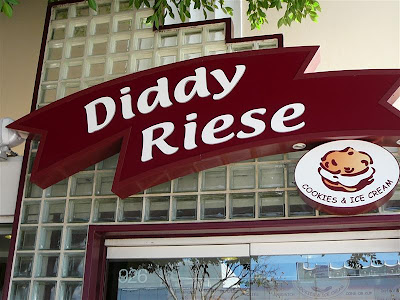 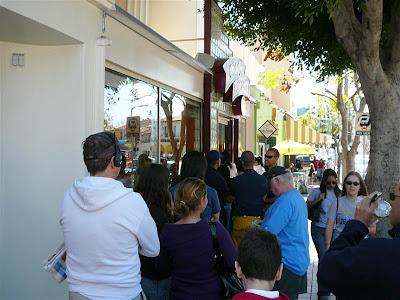 Huge line out the door. Yummy ice cream and cookies - at a price that blows away all competition. 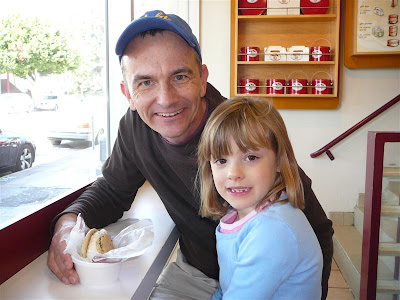 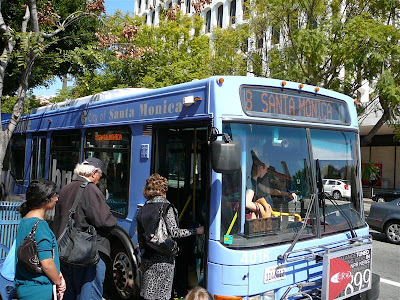 We decided to take a completely different bus route home. It involved a transfer, but my daughter was really excited about the prospect of going a different way and taking two buses home (twice as fun).
We loved being able to help our kids engage with the city, even in small ways like this. 3000 years ago King Solomon wrote "Train up a child in the way he should go: and when he is old, he will not depart from it" (Proverbs 22:6).
This verse is often limited to what some might see as "religious instruction" - rather than all of life. Thinking out loud, I wonder if my daughter will even want her parents to show her how to ride the bus - where to get on, how to make a transfer, how to read a schedule - when she's older. How much better to have her mom and me start to show her now.
Even on a "date" with her dad.
Welcome Aboard.

Great to discover your blog Dave. My family and I are just about to embark on our L.A adventure.

I'm writing about it here - Los Angeles for Kids - and have just added a live feed to your blog on my page.

Thanks for some great insight.