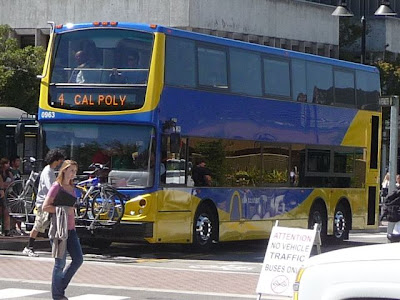 Turns out the city of San Luis Obispo recently purchased a single double decker bus for one of the routes. Nice.

I began to wonder: why does a small little city like San Luis Obispo (population 48,000) have a double decker bus as part of their fleet and Los Angeles (population 4 million) does not? 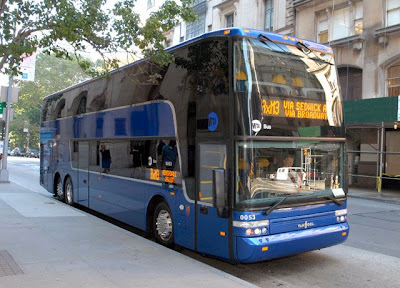 Turns out other cities in the US have double decker buses: this one is in New York City. 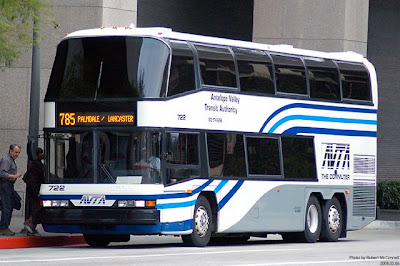 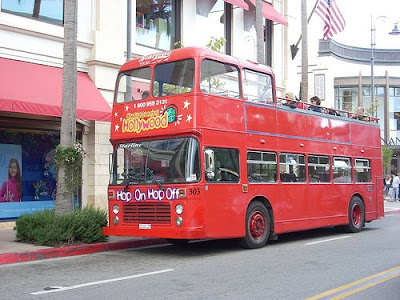 Then there's the Starline Tour buses. They have four routes where you can "hop on/hop off." The only problem is their all day "hop on/hop off" pass is $35 per person. Looks fun, but maybe the price explains why their buses always look pretty empty. By contrast a regular all day bus/subway/light rail pass in Los Angeles is $6. 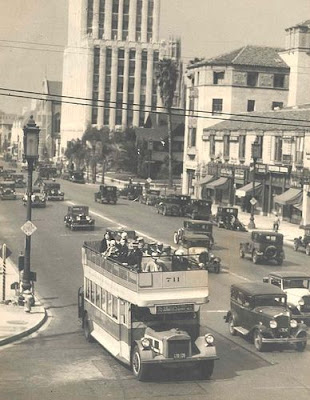 Los Angeles use to have double decker public buses. Here's a photo from what looks like the late 1920's on Wilshire Blvd. My dad use to talk about riding around Chicago in open double decker buses like this back in 1930's and '40's . . . and how great it'd be if Los Angeles (with it's significantly better weather) had something similar. 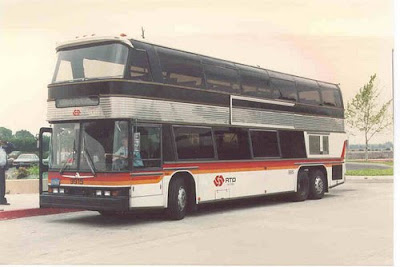 
And apparently the MTA (which formally went by RTD) did have a more recent go at it with double decker buses. Why does it look like a Greyhound Bus was welded onto the top of a RTD city bus? I'm assuming that's what they did. I never saw one of these beauties (but, then again, the 1990's was the one decade I wasn't living in Los Angeles). 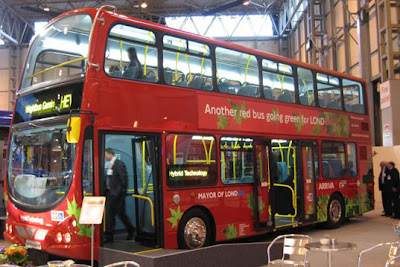 Double decker buses have long been a symbol of the city of London, in many ways what cable cars are to San Francisco.

I wonder what it would take to see something similar in Los Angeles.

Confession of a bath-house employee." said...

The RTD double decker bus from Los Angeles that you're referring too wasn't around very long. I arrived in LA around 1993 when attending college and I lived on Wilshire Blvd. There were only about two maybe three or perhaps even four of them left and they were considered commuter buses for those who were only going downtown. What this mean is it didn't make regular stops and rather picked commuters up at one location and took them straight to downtown. More like the rapid buses except only perhaps one or two stops. I always wanted to ride one but it never stopped at my bus stop on Wilshire and Vermont.