So where - or what - exactly is Los Angeles? 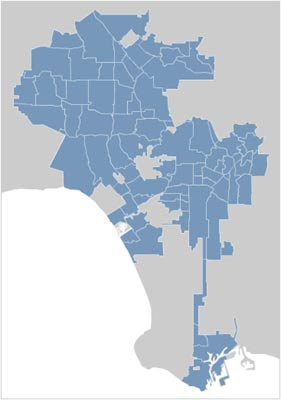 One of the most confusing and difficult things about the City of Los Angeles (above, in blue) is knowing where it actually is.

When someone says "Los Angeles" - what do they mean? 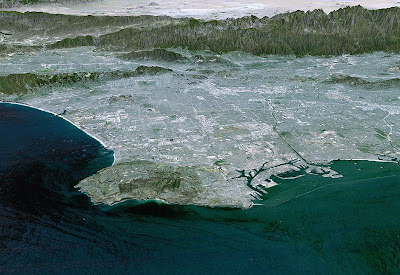 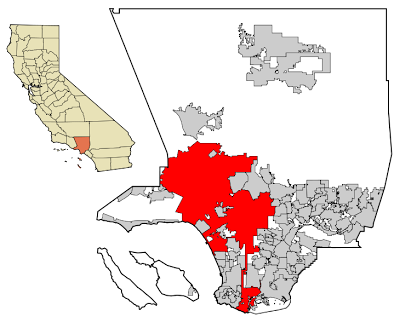 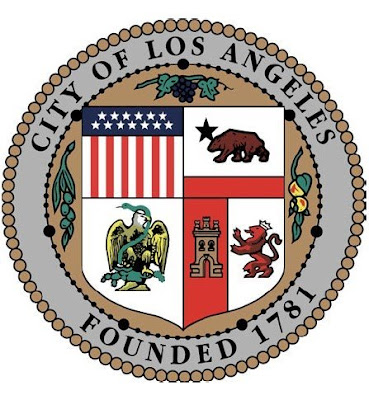 The City of Los Angeles covers 469 square miles, and has almost 4 million residents.

It's huge - and is perhaps the most oddly shaped city major city in the world.

The City of Los Angeles consists of all the areas in white. 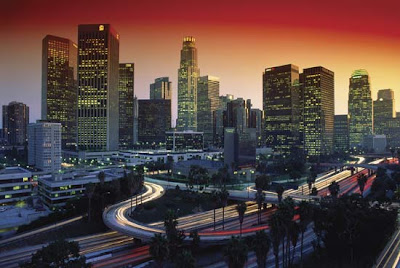 From downtown, you can go less than a mile to the southeast - and be out of the city limits. Or, you can go 40 miles northwest and still be in the City of L.A. 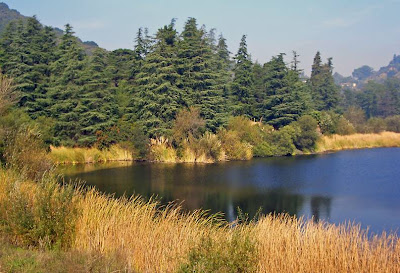 So where's the geographical center of the City Los Angeles? The Franklin Canyon Reservoir (above) in the Santa Monica Mountains. If it looks familiar, it's because it was used in the opening scenes of the old "Andy Griffith" show. Here's some additional information from a previous post: http://www.experiencingla.com/2009/02/andy-griffith-lake-upper-franklin.html

As a Christian, I'm reminded of the importance of what a friend in Europe - a university professor - calls "the sense of place." Both Jewish and Christian Scriptures describe events in real places. Archeology continues to validate the historical descriptions found in throughout the Bible.

Thank you SO much for this, I have always felt so silly to ask this but this was interesting, thanks!

Very interesting Dave! Good job! The chamber of commerce should hire you!

The lake you mentioned as the center of LA was used a lot in other TV shows too, especially my favorite growing up ,"Combat". Many a battle was fought at the water's edge and among those trees.I will have to visit there some time.