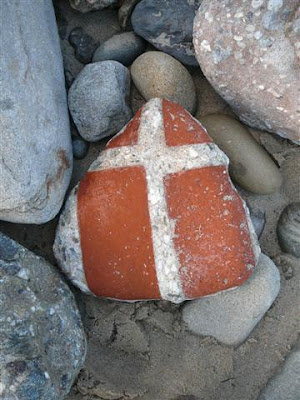 This caught my eye when I was down at the beach earlier this year: four bricks and a lot of pounding of the sea.

I thought this was an appropriate photo to post on Good Friday.
In A.D. 55 Saint Paul, a leader in the early church, wrote: "For what I received I passed on to you as of first importance: that Christ died for our sins according to the Scriptures, that he was buried, that he was raised on the third day ... that he appeared to Peter, and to the Twelve, after that, he appeared to more than five hundred ... "
I Corinthians 15:3-5
.
Posted by David from L.A. at Friday, April 10, 2009